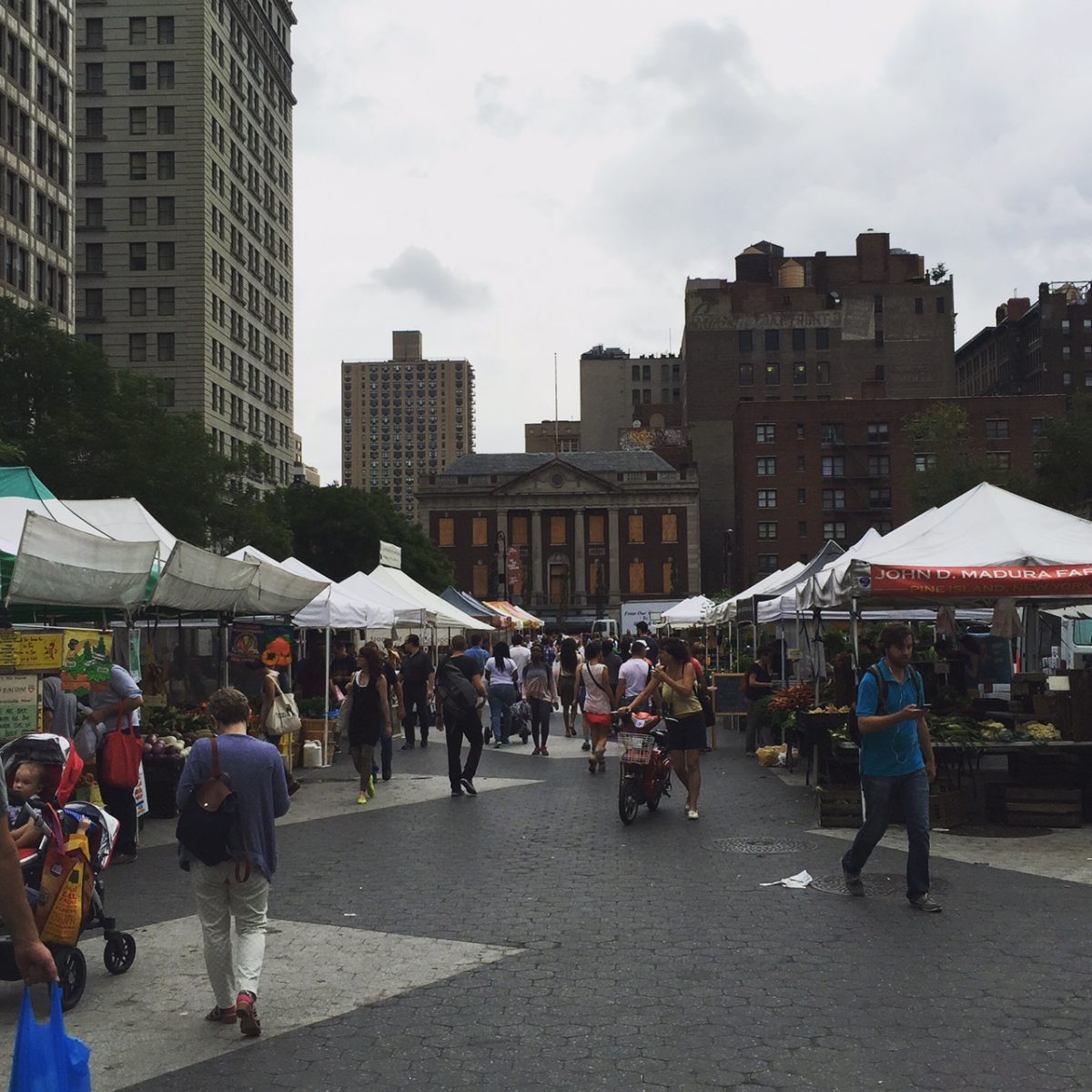 One of the most important intersections in the city, Union Square—located at the confluence of Chelsea, the East Village, and the Flatiron District—is a witness to the history of the city. Although mistakenly assumed to be named for the Union Army or for trade union activism, Union Square is so named because it sits where 4th Avenue, 5th Avenue, 14th Street, and Broadway all meet.

The square was the result of the Commissioner’s Plan of 1811, which formed the street grid of Manhattan. It first was an upscale residential district when it was finally laid out by the 1830s. Samuel Ruggles, the developer of Gramercy Park and Madison Avenue, was instrumental in making this a desirable area. As the population of the island began to move north, Union Square would become more commercial after the Civil War and also be the location of Manhattan’s theater district. Then as theaters began to move up to Times Square at the turn of the 20th Century, Union Square became part of a vast vice district known as the Tenderloin (which also encompassed some adjoining neighborhoods). The square cleaned up its act in the later part of the 1900s and is now surrounded by commercial areas and hotels.

Today, Union Square is known among New Yorkers for its farmer’s market, which occurs every Monday, Wednesday, Friday, and Saturday, as it has since the 1970s. If there is a protest of national importance, it is likely to take place in New York at Union Square. The square also sits atop a massive subway station where the Lexington Avenue IRT, Canarsie BMT, and Broadway BMT lines all converge in a massive junction—the third busiest in the NYC subway. Union Square is decorated with several statues including George Washington, Abraham Lincoln, and the Marquis de Lafayette. This is the type of information you will learn on a Sights by Sam tour.