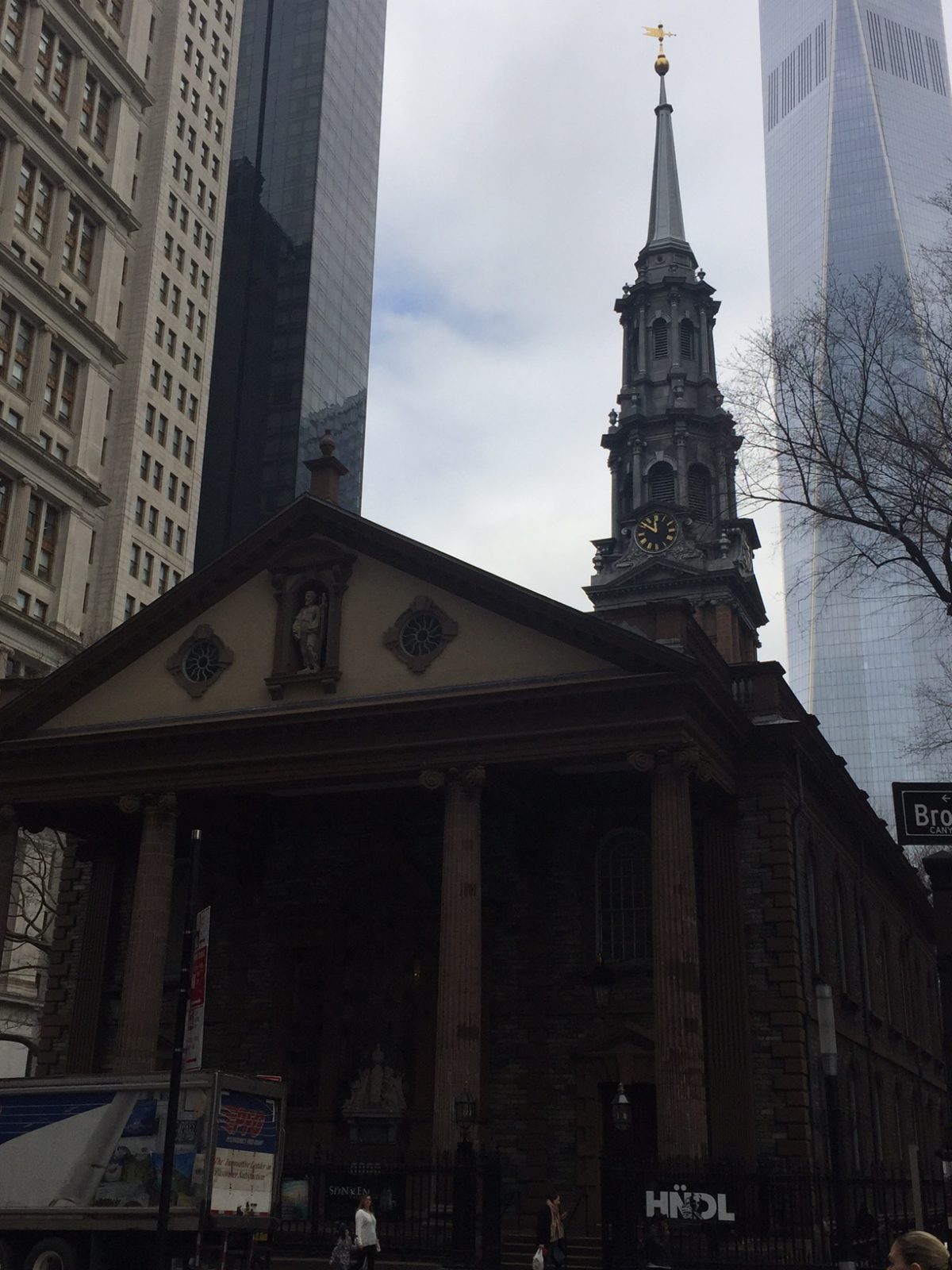 The oldest church in Manhattan, St. Paul’s Chapel functioned originally as a “chapel of ease” for Episcopal parishioners who were not able to get to the main church at Trinity Church—a 0.3 mile (or 7 block) walk away. The chapel was built in 1766 and is among one of the oldest surviving buildings in the city.

Designed by Thomas McBean in the Georgian style, the church is famous for two main reasons in New York and American history. The first is following the American Revolution, when George Washington prayed at the chapel after he was inaugurated as the first president of the United States in 1789. The second was in 2001, when the chapel was spared destruction from the September 11th attacks—despite being mere blocks away from Ground Zero. The parishioners of the chapel and other volunteers served meals and and performed other services for workers at the site for months afterwards.

Aside from George Washington, many other important people such as senators, mayors of New York, and several British Revolutionary War generals have worshipped in its pews. In addition to being shown on the “Foundation of New York” tour, this is the type of information you will learn on a Sights by Sam tour.