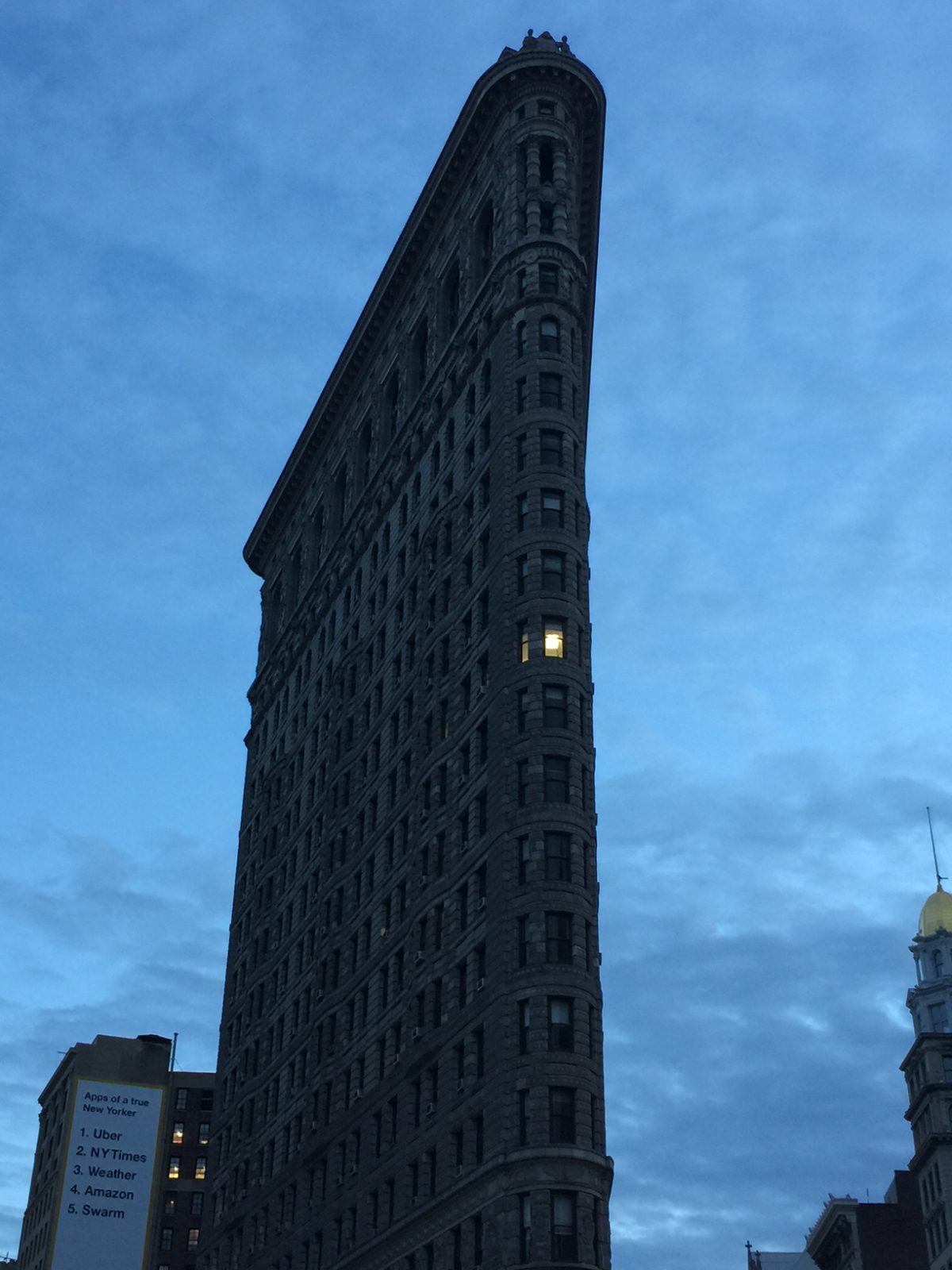 Although it was never the tallest in the city, the Flatiron Building (built in 1902) is one of the most beloved skyscrapers in the city.  The building, with its triangular shape, has many admirers throughout the world.

The Flatiron Building is the only New York skyscraper designed by noted architect Daniel Burnham, who gained fame for designing several structures in Chicago.  The beaux-arts structure towers over the surrounding area at 22 stories, but was initially scorned by New Yorkers.  It did, however, prove popular with local men as the building caused wind patterns to change at the building’s address at the confluence of 5th Avenue, 23rd Street, and Broadway.  The phrase “23-skidoo” was coined as NYPD officers had to herd leering men and boys from gawking at the exposed legs of women, whose skirts would blow up from the wind as they walked near the building.  The Flatiron Building was originally built for the Fuller Company, an architectural firm.  It now has several tenants.

While the Empire State Building and many others are taller, the famous Flatiron Building still represents one of the most distinctive pieces of architecture in the city.  The building, with its terra cotta exterior, still captures the imagination of many visitors and natives alike.  The Flatiron Building and the surrounding area can be seen on several Sights by Sam tours.