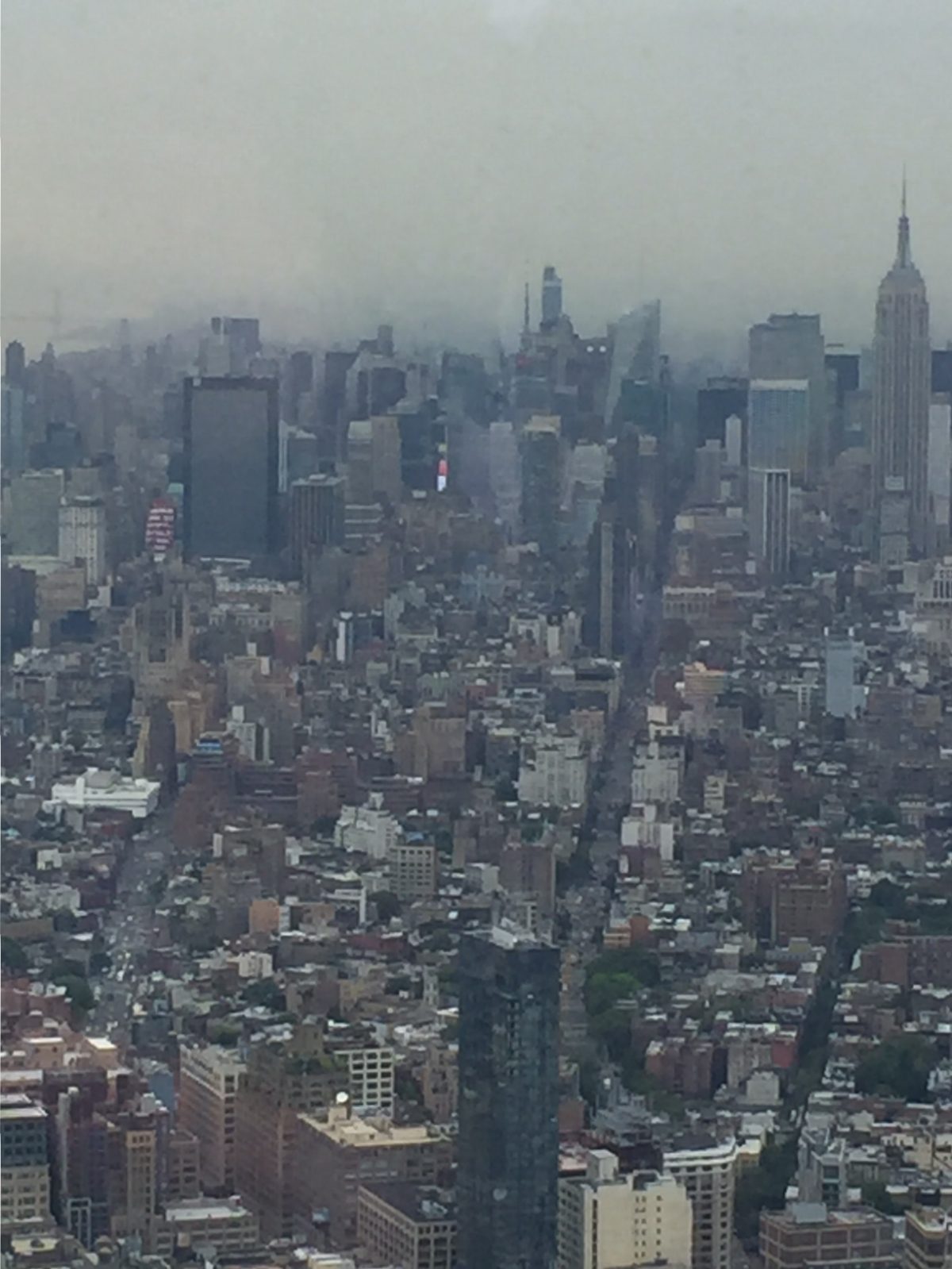 Manhattan is the unofficial center of the world.  It is made up of many distinct neighborhoods that each have their own history.  While I intend to have more in-depth articles about each locale, this gazetteer will give you a little more insight into each district.  This is by no means an authoritative list as there are many smaller neighborhoods and neighborhood boundaries sometimes differ from person to person.

Financial District South of the Brooklyn Bridge and Barclay Street

This neighborhood is the third largest business district in the U.S. after Midtown Manhattan and the Chicago Loop.  It contains the colonial-era town and several of New York’s remaining Revolutionary War sites.  The New York Stock Exchange, World Trade Center complex, and several other large skyscrapers call this area home.  The South Street Seaport is located here in addition to ferry terminals for Staten Island and Governor’s Island.

The Civic Center contains the City Hall, Municipal Building, headquarters of many city agencies, and court buildings for the federal, state, and city governments.  It is most distinctive for its stately administrative buildings from different architectural eras and as the Manhattan end of the Brooklyn Bridge.

Both former commercial and industrial areas, SoHo and TriBeCa were later colonized by artists and bohemians, who were later followed by professionals.  Both neighborhoods are known for cast-iron buildings (many of which are now lofts or expensive residences).  These two neighborhood names were created as a construct of real estate agents (the same naming conventions are now applied to areas all over the city).

Chinatown and Little Italy Bounded by Lafayette Street to the west, Houston to the north, Allen, Broome, and Essex Streets to the east, and Columbus Park to the south

These Lower Manhattan neighborhoods are historic immigrant neighborhoods.  Most of the area is taken up by Manhattan Chinatown, which has historically been made up of Cantonese people.  In recent years, people from other parts of China and Vietnam have established themselves in the neighborhood.  Italians have historically lived in the north part of the district, but are now found along Mulberry Street north of Canal Street.  A section around St. Patrick’s Old Cathedral is called “North of Little Italy”, which is a fashionable area.

Lower East Side-East Village South of 14th Street, hemmed in by the East River on the East, Broadway to the west, and snaking east of Allen, Broome, and Essex Streets

Although inhabited by immigrants of many nationalities, the Lower East Side is most known as its traditional role as the Jewish neighborhood of New York.  From the late 1800s until after World War II, the area was one of the largest Jewish centers of the world.  Although there are still traces of the Jewish presence in the area such as grand synagogues and restaurants, the area has become more mixed, with many Puerto Ricans arriving after World War II.  Today, young professionals are moving into the area.  North of Houston, the area can be divided into “Alphabet City” around Avenues A through D and the East Village in the other areas north of Houston Street.

Greenwich Village Hudson River is to the west, 14th Street to the north, Lafayette and Broadway to the east and Canal Street to the south

The former independent town of Greenwich, NY, Greenwich village is known for being the home of NYU and Washington Square Park.  As it was a different town initially, it has a unique street grid.  It is perhaps most famous for being the preserve of famous writers from the late 1800s to the 1960s.

Chelsea is a residential area named after the soldier’s home in London.  It was formerly a residential and industrial area, now commercial and residential.  It is known to native New Yorkers as the location of the Chelsea Piers recreational complex.  The area is home to the High Line and many new businesses in the Meatpacking District, a neighborhood in the southwest part of Chelsea.  Union Square is centered where Fourth Avenue, Fifth Avenue, and Broadway all meet.  It is where New York units departed the city from during the Civil War and is today a popular site for protests.

In a city already unofficially titled the center of the universe, Midtown is the center of that center.  It is home to the largest business district in the country, massive skyscrapers containing corporate headquarters, the United Nations, Grand Central Terminal, and the Museum of Modern Art.  Large hotels are found in this area.  Other attractions are the Chrysler Building, Rockefeller Center (along Fifth Avenue in the high 40’s-low 50s), and Times Square (centered at the confluence of Broadway, Seventh Avenue, and 42nd Street).  The Empire State Building at 34th Street and 5th Avenue is located at the extreme southern end of Midtown.

Penn Station is located at its extreme southern end.  Once known as a very gritty area (hence the colorful name), Hell’s Kitchen remains a residential area that has become increasingly popular with people working in Midtown.  It is also the site of the Hudson Yards megaproject, which will create a city-within-a-city like Rockefeller Center.  The U.S.S. Intrepid is moored here.  If you arrive to the city by cruise ship, you will debark your ship in this neighborhood.

A well-to-do area since the early 1900s, the Upper East Side is known for its proximity to Central Park, stately apartment buildings along Fifth Avenue and Park Avenue, and the world famous Museum Mile along Fifth Avenue that includes the Metropolitan Museum of Art and the Guggenheim Museum among others.

Upper West Side Enclosed by Central Park West to the east, the Hudson River to the west, Central Park North to the north, and 59th Street to the south.

This area is mainly a residential district.  Among several of the sites, in addition to Central Park, is the American Museum of Natural History.  The Lincoln Center is also in this area.

Harlem southern boundary at 96th Street/5th Avenue/Central Park North, bounded by the East River on the east and the Hudson River on the west and 155th Street to the north

Named after the town of Haarlem in the Netherlands, Harlem was originally populated by Germans, Jews, and Italians, it is most known for being the center of African American life in the city.  In the 1920s, a flourishing of the visual and written arts led to the Harlem Renaissance.  After decades of neglect, Harlem is once again experiencing a renaissance.  This area is the home of Columbia University and several stately churches, and the Cathedral of St. John the Divine.  East of Fifth Avenue is Spanish Harlem/ El Barrio, a primarily Latino neighborhood.

Washington Heights and Inwood surrounded by the Harlem and Hudson Rivers on the north, east, and west.  Southern boundary is 155th Street.

Washington Heights is named for George Washington’s command post during the Battle of New York in 1776.  Initially populated by Irish and Germans and later African Americans, the area is known for its Dominican population today.  Washington Heights is known for the Cloisters (a division of the Metropolitan Museum of Art) and the Manhattan approach to the George Washington Bridge.  Inwood is believed to be the site where Peter Minuit purchased Manhattan. 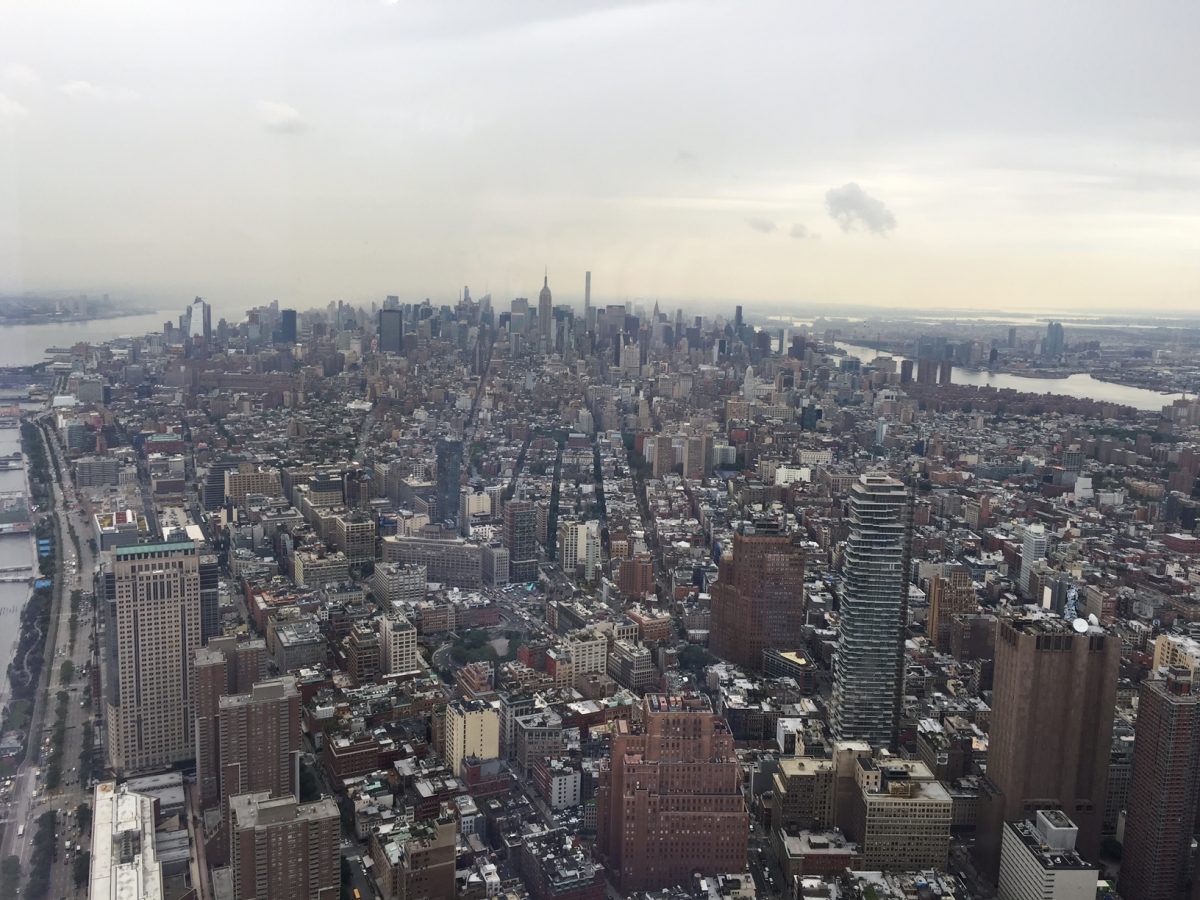 Traversing through New York City, named after King Charles II’s brother, the Duke of York, many new arrivals and some long time residents have wondered why the boroughs have their names.  This short guide should explain why the boroughs are called what they are:

The origins of the name are not agreed upon.  The name Manhattan could be a Dutch corruption of a Lenape or Munsee word for “Place of Many Hills”, “Place Where One Gathers Bows,” or the oft-quoted “Place of General Inebriation.”

Brooklyn is named after Breukelen, a Dutch village.  Various sources say this further translates into “the Broken Land.”

This borough was named for Queen Catherine of Braganza, the wife of King Charles II, who was the sovereign when the English took what became New York from the Dutch.

This area was named after Jonas Bronck, a Scandinavian settler (who was believed to be Danish, Swedish, or Norwegian, depending on who you ask) who was a major landholder in the area in the 1600s.

Staten Island was named by Henry Hudson for the Staten Generaal, then the name of the Parliament for the Netherlands.  In 1683, the island was reorganized into Richmond County, named after the Duke of Richmond, illegitimate son of King Charles II.

The naming of the city itself and the outer boroughs follows a consistent pattern with the Age of Discovery in naming areas after important people or landowners (this pattern is repeated all across the U.S., Canada, Australia, and New Zealand), or as a linguistic corruption of already existing local names (which was common at one point in India and is still common in many New York neighborhoods).  Another entry regarding some of the neighborhood names will come at another time.  You are able to learn this and other history like it on a Sights by Sam tour.