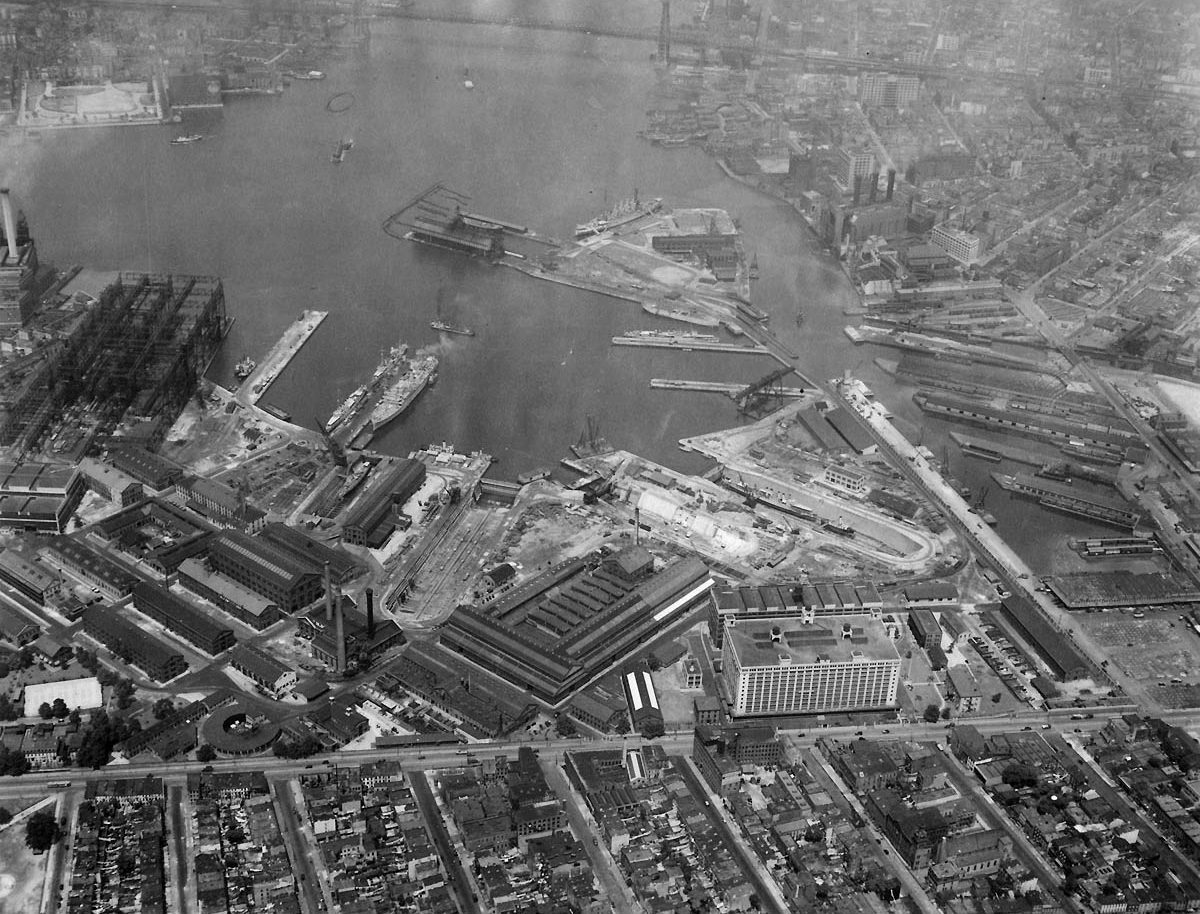 As the nation’s largest city, New York has been a primary target of America’s enemies in war.  This entry is a (very) short history of the defense of the city.

From its foundations, New York was a fortified settlement.  Worried about incursions from Native Americans and other European powers, the Dutch built a fort at the foot of Manhattan (where Battery Park is today—hence its name) and a wall where Wall Street is to defend against unwanted incursions.  The fort also served to defend the entrance to the Hudson River so the Dutch cargoes of beaverskins harvested near Albany would go unmolested on their way back to the Netherlands.  The English would later strengthen fortifications in the city when they took New Amsterdam.

During the American Revolution, the British captured New York in 1776 after what was ultimately the largest engagement of the war.  General George Washington ordered the building of crude fortifications in Brooklyn and Upper Manhattan.  These failed as the British would take the city for the duration of the war.  Americans continued to keep the British from invading New England by defending the Hudson River by stringing a sharp chain across the river at West Point (Benedict Arnold betrayed the U.S. by trying to help the British capture this emplacement).

Due to the experience of the invasion, the U.S. government would begin a massive fortification building spree, with emplacements constructed at Castle Clinton on Battery Park, Castle William on Governor’s Island, and Fort Wood on Bedloe’s Island (the location of the Statue of Liberty today).  These forts would have provided an impressive defense of the harbor during the War of 1812, but were never used and obsolete mere decades after their completion.

Subsequent army bases such as Fort Tilden and Fort Hamilton on the approaches to the Narrows in New York Harbor were constructed in the 1800s.  There was also a naval dock built in Staten Island, in addition to the Brooklyn Navy Yard complex, which churned out ships such as the U.S.S. Monitor in the Civil War and the U.S.S. Missouri in World War II.  When aviation first appeared, Floyd Bennett Field in Brooklyn was an air base for military aircraft (this airfield is now where the NYPD has their aircraft based).  Armories were completed throughout the city, with many New York City-based units serving with distinction in the Civil War, World War I, and World War II.

The last time New York has been threatened with war was during World War II.  The German navy attacked several merchant ships in New York harbor—within sight of Manhattan.  Under Mayor Fiorello LaGuardia, who was also the chief of Civil Defense for the U.S. at the beginning of World War II, the entire city was mobilized to fight.  Blackouts became a common occurrence at night, trains carried troops from all over the country to board ships bound for Europe and the Pacific, and workers streamed in from all over the country to work at factories in and around the city.  At the peak of the war, 70,000 workers labored all day and all night at the Brooklyn Navy Yard (the suspension bridges on the East River were boarded up so that enemy spies could not see the ships being constructed). Supplies also left for the front from the  massive Brooklyn Army Terminals on the East River.  The end of the war in 1945 led to the famous celebrations at Times Square, which were among the largest in New York’s history.

After the war, the military would be redeployed to areas away from population centers and where more space was readily and cheaply available.  The Brooklyn Navy Yard would be shuttered and the remaining bases in the city limits (with the exception of a small presence at Fort Hamilton) closed by the early 2000s.  The city is still well defended by units of the armed forces within easy reach from New Jersey, Long Island, and Upstate New York.  The defense of New York remains important today.  This is among the facts you will learn on a Sights by Sam tour.