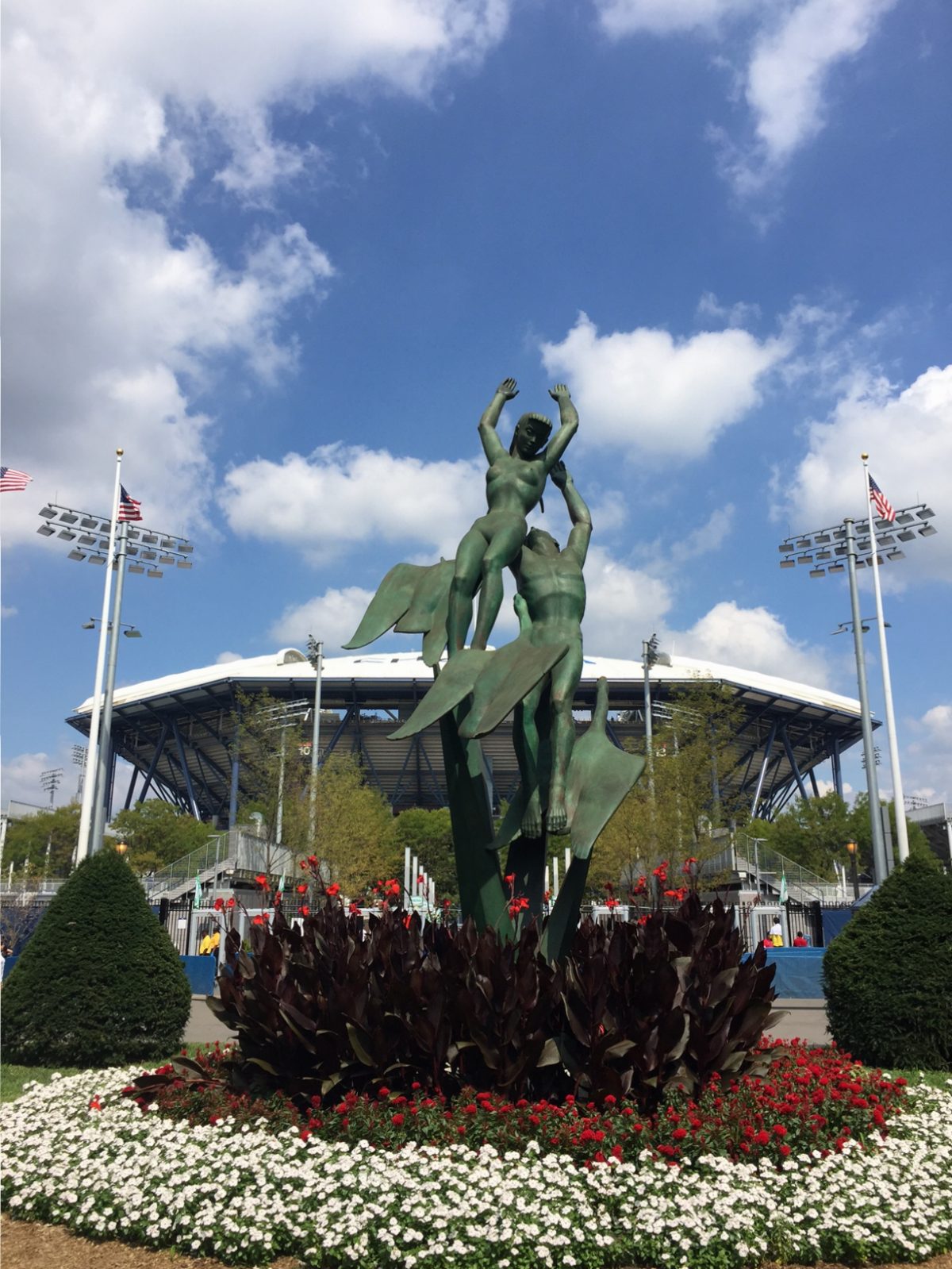 Every year in late summer, one of the signs of the season is the playing of the U.S. Open.  Held starting on the last Monday in August and going through early September, the U.S. Open is the last in the “Grand Slam” tennis tournaments, with the others held in Melbourne, Australia, Paris, and in London.  Contestants play in one of the 33 courts at the Billie Jean King National Tennis Center until the final is held at the (now retractable-roofed) Arthur Ashe Stadium.

While the U.S. Open can trace its origins back to the late 1800s, where it was initially held in the resort town of Newport, RI, the U.S. Open has been played in New York since 1915 (although it was played in Philadelphia for a short time).  Play was conducted at the West Side Tennis Club in Queens (and Forest Hills Stadium) before moving to the National Tennis Center in the 1970s  The current site of the finals, Arthur Ashe Stadium, was built in 1997 and seats over 23,000, making it the largest tennis stadium in the world.  In 2006, the tennis complex was named after tennis champion Billie Jean King.

It is estimated that over 700,000 attend the event every summer, making the U.S. Open a highlight for the city, and brings Flushing Meadows-Corona Park to the attention of millions around the world.  This is the type of information you will learn on a Sights by Sam tour.