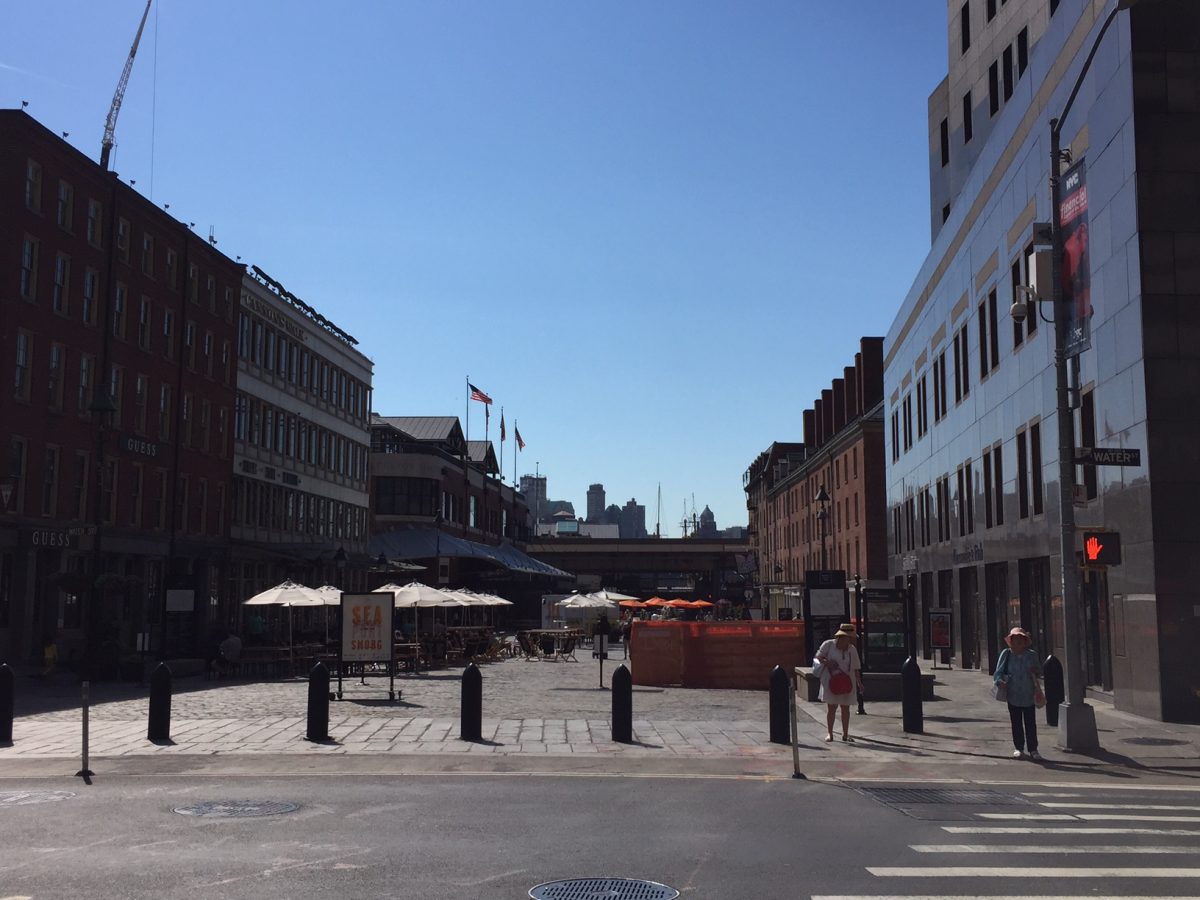 One of the great sources of wealth of New York has always been its harbor.  Allowing protection from the sea and connecting the city to a vast hinterland spread across multiple regions of the country, New York’s harbor has allowed for people and products to both enter and leave through its vast port.  Although the majority of shipping is done today in the modern harbor complex in Staten Island and New Jersey, the earliest port can be traced back into the East River and is commemorated in the South Street Seaport today.

Shipping on the East River has been important since the pre-colonial era when the Native American tribes would trade with each other up and down the river.  The Dutch commenced trading on the East River in the 1600s—later continued by the British and the Americans.  One of the supposed advantages of the East River was that it was more resistant to ice than the Hudson River.  The heyday of the port lasted from the colonial era until the early 1900s when the deeper Hudson River was better able to accommodate the increasingly larger oceangoing vessels.  The South Street Seaport was also famed for being the location of the Fulton Fish Market, which lasted from 1822 until 2005 when it was moved to the Bronx at Hunts Point Market and the Fulton Ferry, which joined Manhattan and Brooklyn between 1814 and 1924 (made obsolete by the East River bridges).

After the seaport fell out of use in the 1950s, the area began to decline.  A concerted effort was made to revitalize the area: first with a museum in the 1960s to commemorate the district’s maritime heritage and then in the 1980s with a “festival marketplace” style shopping complex that was pioneered at Fanueil Hall in Boston and the Inner Harbor in Baltimore.  The area also has kept and restored many early 1800s-vintage buildings, making it one the largest concentration of such buildings in the city.  In addition to many shops and a branch of the TKTS booth (where discounted Broadway show tickets are sold), there are several old ships such as the Wavertree and the Peking which show the types of ships which once called on the area.

Today, most ships on the East River are ferries to Governor’s Island, Staten Island, or other boroughs, some freighters, and a few pleasure craft.  Although the heyday of the cargo ports of the East River are gone now, the South Street Seaport recreates some of the history in which the area is steeped.  This is the type of information you will learn on a Sights by Sam tour.