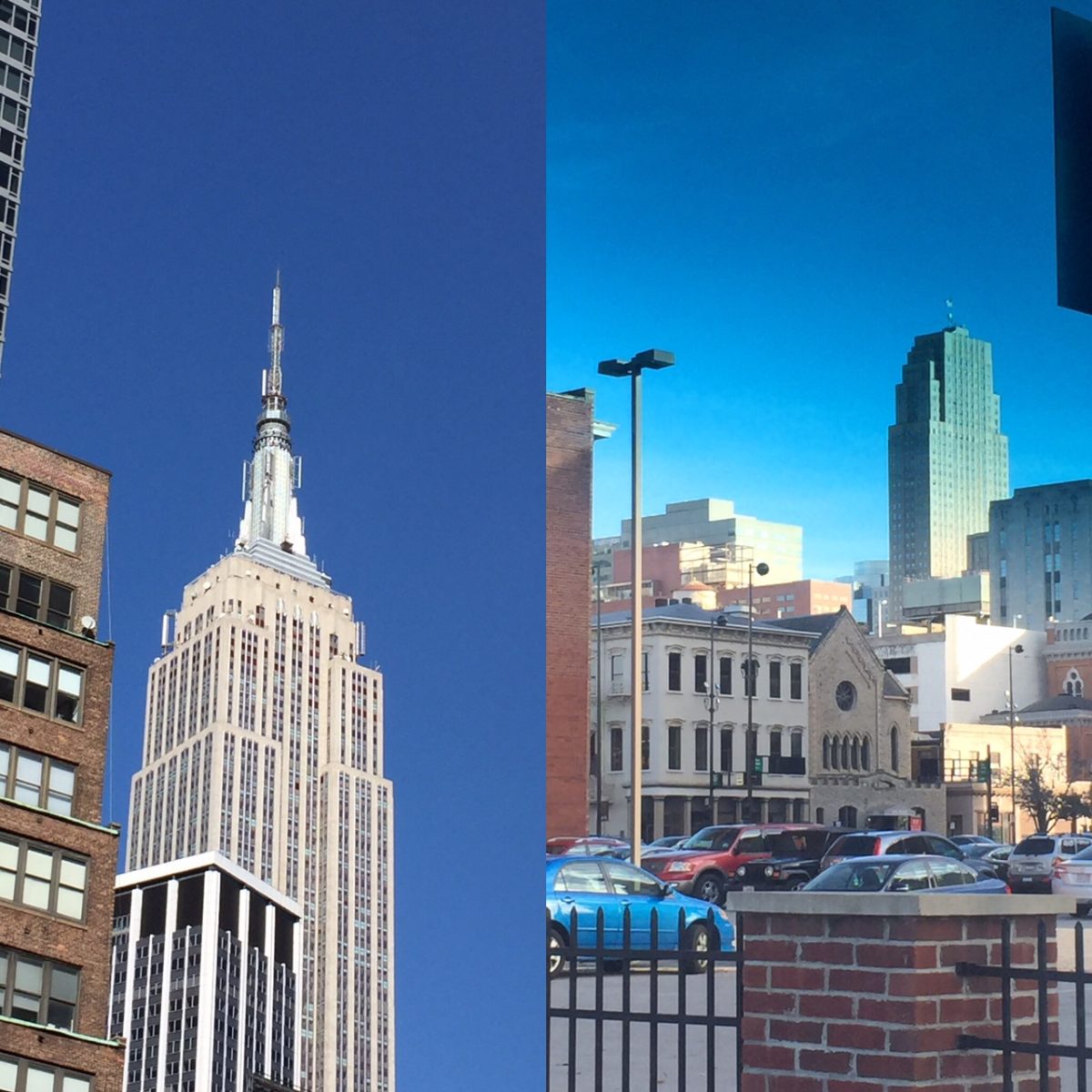 Being my hometown, Cincinnati will always have a special place in my heart.  It shares many things with New York.  Some of the landmarks that make New York recognizable had their dry run in Cincinnati.

Although it may seem hard to believe now, Cincinnati was once the fifth largest city in the U.S.  The city was founded along the Ohio River near the confluence of this river and the Licking (you could say it would be similar to New York in that there are three rivers in the city if Mill Creek or one of the Miami Rivers were counted).  In its industrial heyday, the city was the destination for many Germans, people from the Appalachian Mountains, and African Americans from the South.  Before deindustrialization in the 1960s and 1970s, the West End neighborhood was the most densely populated section of an American city outside of New York.  To most people, Cincinnati is famous for being the home of the first professional baseball team, the Cincinnati Reds, as well as having the most touristed museum in Ohio (the Cincinnati Museum Center), and being the setting for WKRP in Cincinnati and a stand-in for Monticello on most of The Edge of Night’s run.

In terms of the connections between New York and Cincinnati, two of the most recognizable landmarks of the city, the Brooklyn Bridge and the Empire State Building, have their prototypes in Cincinnati: the Roebling Bridge (1867) and the Carew Tower (built between 1927 and 1931).  The Roebling Bridge has only two lanes, but demonstrated that the suspension bridge technology was feasible, and was the longest bridge in the world when first constructed—like the Brooklyn Bridge.  The Carew Tower was originally envisioned to anchor a Rockefeller-Center-like complex,  but the Great Depression put a stop to this plan.  Although it was not designed by the same architectural firm as the Empire State Building, the Art-Deco Carew Tower (believed to be the largest French Art Deco building in the world) was believed to be the design inspiration for the Empire State Building.  The Carew Tower was anchored by a department store and is still the site of one of the grandest hotels in the country, the Netherland Hotel.

With respect to other similarities, Cincinnati, like New York, is a treasure trove of Art Deco architecture: containing an Art Deco train station (Union Terminal), airport terminal (at Lunken Field, built around the same time as LaGuardia), and other buildings scattered throughout the area.  The designer of the Woolworth Building, Cass Gilbert, was also responsible for designing the PNC Tower (formerly the Central Trust Bank Building) in 1913.  In terms of more recent arrivals to the city, hipsters have begun to stage a Williamsburg-like transformation of the Over-the-Rhine neighborhood just outside of Downtown Cincinnati.  The cities also share an equal passion for baseball—with the Cincinnati Reds having met the New York Yankees in the World Series three times (1939, 1961, and 1976).

There are many other similarities between these two great cities.  If you are from the Cincinnati region and would like to see sights in New York that have a connection to the Queen City, you may be able to arrange this through a customized tour with Sights by Sam.