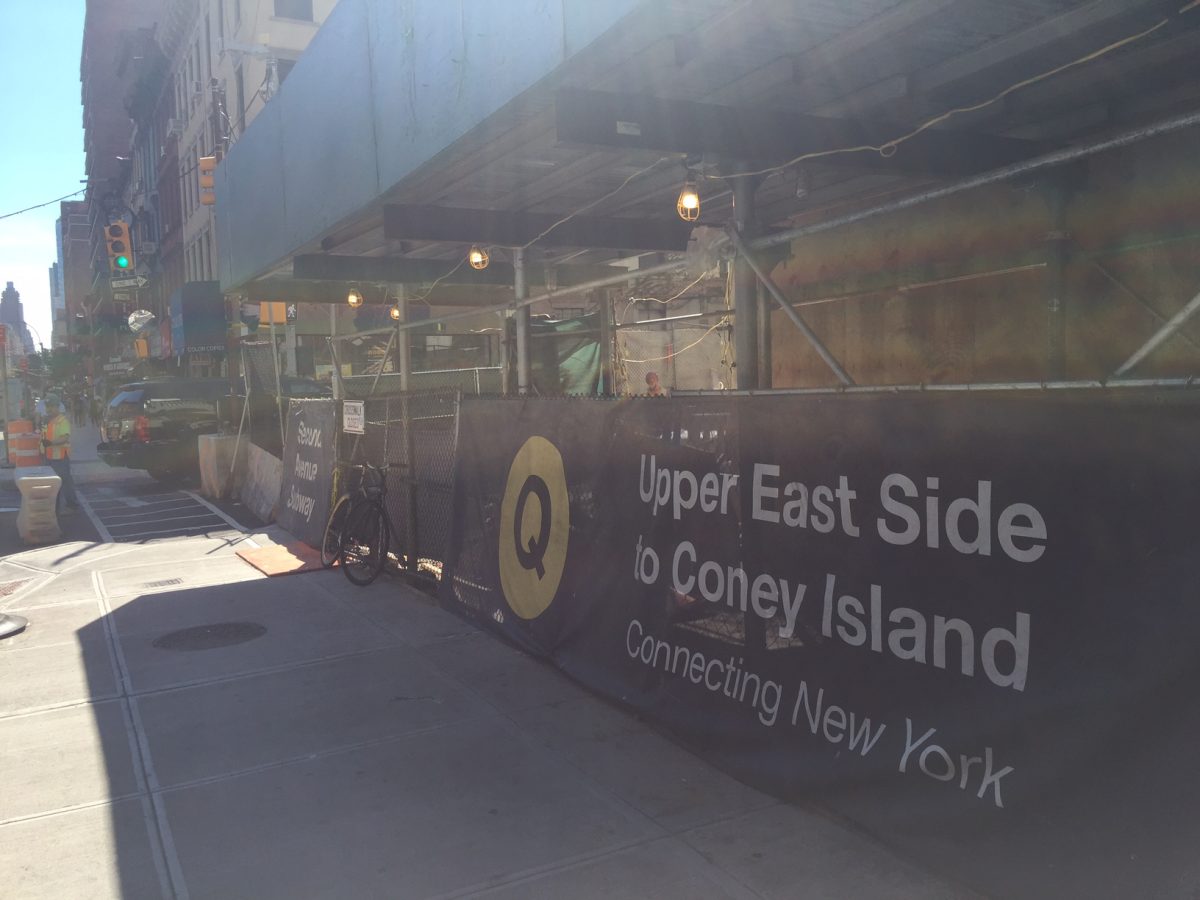 One of the most commonly-talked about subjects among residents of a certain part of Manhattan is the Second Avenue Subway line.  First postulated in the late 1910s-early 1920s, the first section of this long-awaited line is scheduled to open by 2017.  This will not arrive a moment too soon for residents of East Harlem and the Upper East Side—where the Lexington Avenue IRT Lines carry more riders per day than the subway systems of Boston, Chicago, and San Francisco combined.  The slow pace of construction has been lampooned on the show Mad Men and even is the subject of several popular blogs.

Originally conceived to be part of the city-owned IND Subway system, the Second Avenue Subway was to originally be built in the 1930s at a cost of $86 million, but halted due to the Great Depression and World War II.  After the war, the city had difficulty getting the project approved as costs continued to mount.  At the same time, elevated rail lines along Second and Third Avenues were torn down, creating the crowded conditions along the Lexington Avenue IRT Lines today.  In the 1960s and 1970s, bond issues were approved and federal funding was secured, but in 1975, the project was cancelled as the city’s financial condition deteriorated rapidly—leaving several uncompleted sections of tunnels under Manhattan.  Construction resumed in the mid 2000s, but has been beset by delays since.  As finances for the subway line have become more precarious over the years, a planned express configuration with three tracks has been reduced to two tracks up and down the entire line.

While the Second Avenue Subway is scheduled for partial completion soon, it is really anyone’s guess as to how long it will take to finish the complete line from Upper Manhattan to near the South Street Seaport.  The line continues along, constructed with a mix of cut-and-cover construction and a tunnel-boring machine (so that residents and business along Second Avenue are ideally not adversely impacted by construction).  The is the type of information that you will learn on a Sights by Sam tour.