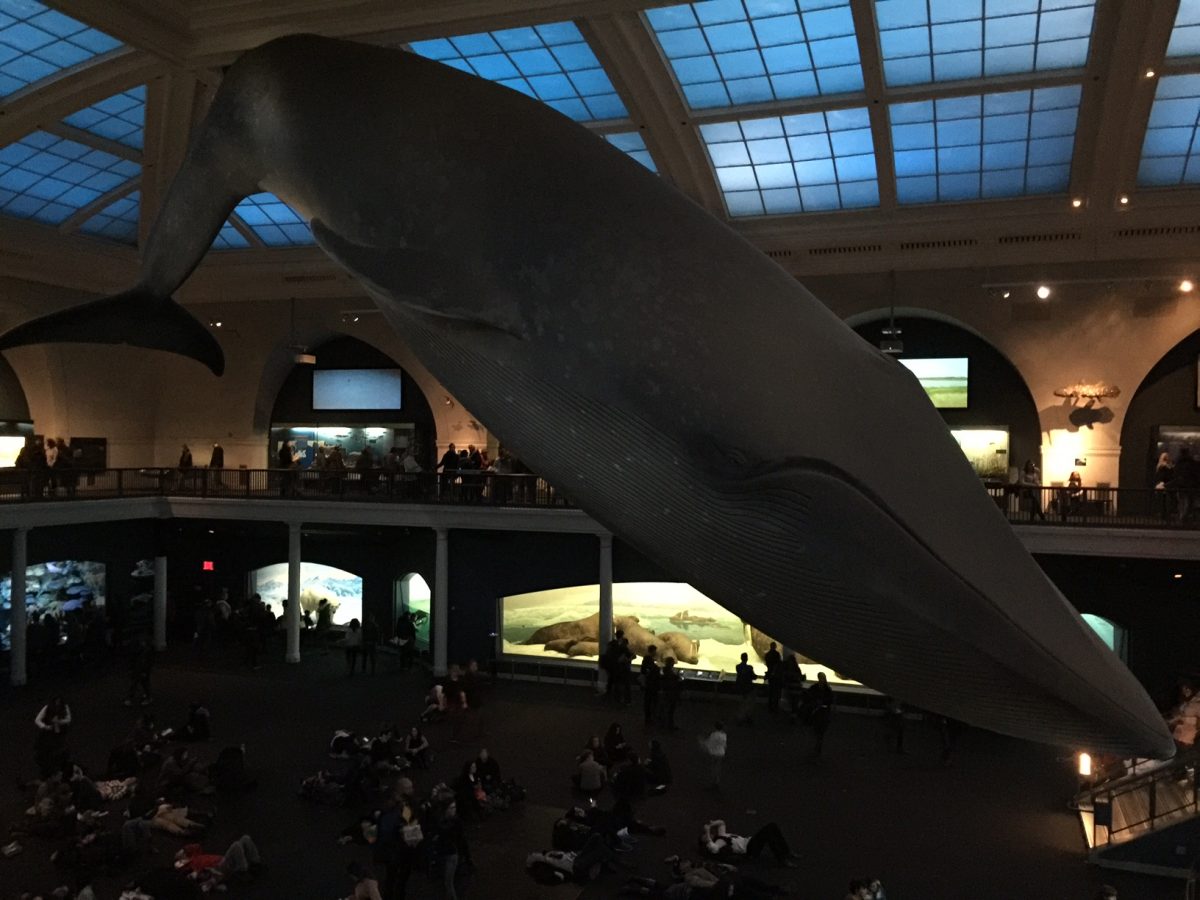 I was once among people who believed that all natural history museums were more or less the same.  The Natural History Museum in D.C. and the Cincinnati Museum Center are two of the finest in the country, but their collections of natural artifacts and specimens are similar.  I was hesitant to go to the American Museum of Natural History (AMNH) with these thoughts in my mind, but put my natural history museum biases aside to come here.

I was rewarded immediately upon entry when I saw the memorial to President Theodore Roosevelt (former NYPD commissioner and the only president born in New York City).  A rich mosaic covering T.R. negotiating the Treaty of Portsmouth, his African expedition (that netted around 4,000 objects in the museum’s collection), and the building of the Panama Canal takes up most of the entryway.  These three episodes are interspersed with quotes from T.R. and giant U.S., New York State, and New York City flags that make this the coolest museum entryway in the city.

The AMNH was established in 1869 and moved into its current location in 1874.  The building has two million square feet and contains millions of specimens of plants, animals, and cultural artifacts.  The museum is home to stuffed animals from habitats from every corner of the planet, the skeletons of dinosaurs and ice age mammals, and a collection of native costumed mannequins from indigenous cultures all over the world.  For those who prefer their science in outer space, the Hayden Planetarium is attached to the museum.

Due to the fact that children love to see dinosaur bones and animals, this museum has a high population of little ones during the day—and doubly so on a rainy day.  Rain or shine, Sights by Sam tours will show you the sights and attractions that make New York New York.