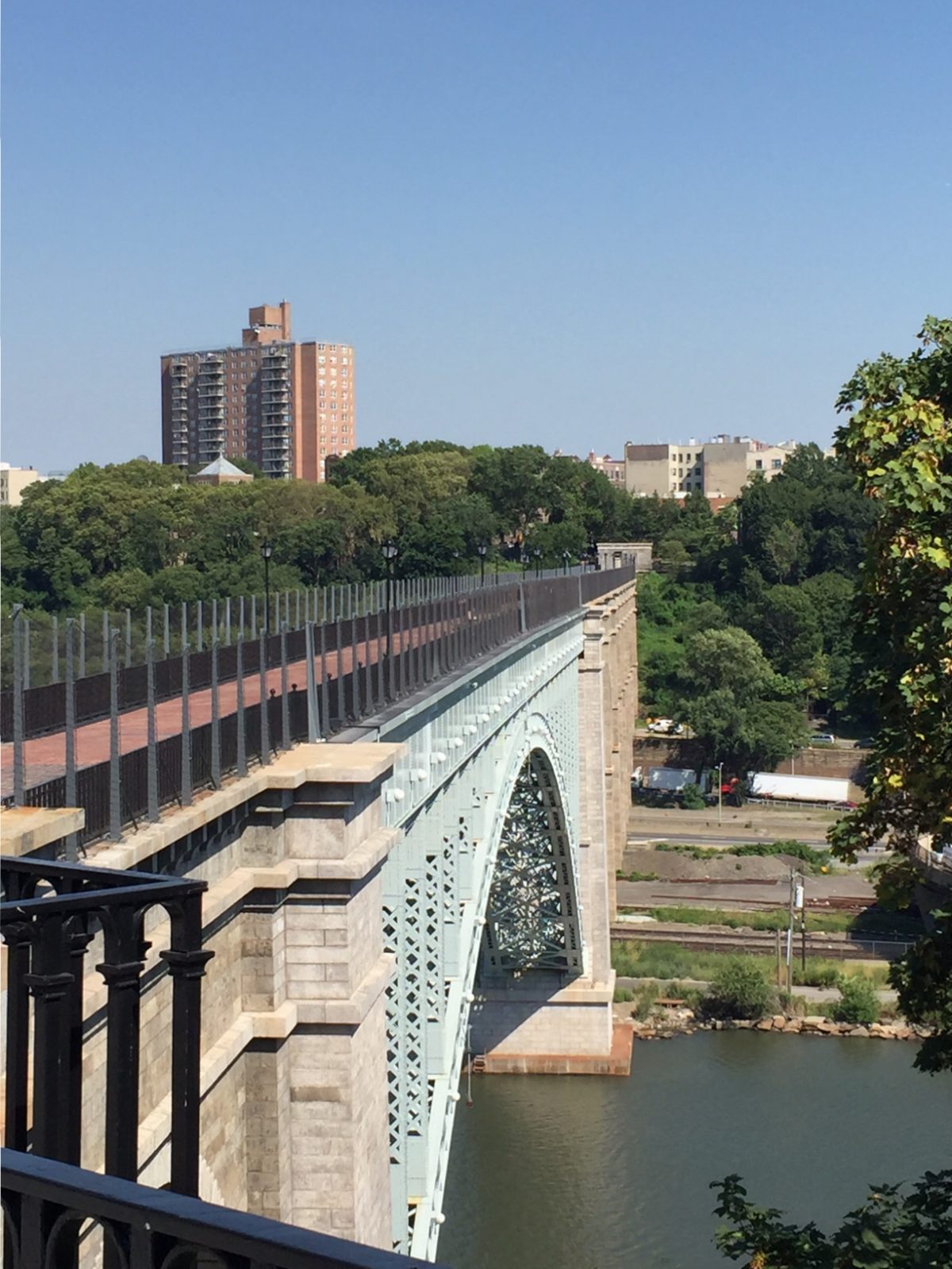 As I mentioned in my post about the Brooklyn Bridge, many cities are defined by their bridges.  Structures such as the Tsing Ma Bridge in Hong Kong, the Roebling Bridge in Cincinnati, and the Harbour Bridge in Sydney, Australia, are instantly recognizable symbols of the city.  Like San Francisco or Pittsburgh, New York is a city of bridges—with many stately structures connecting the city together.  While there are many bridges worthy of blog articles on this website, one of the most important bridges to the city is the High Bridge.

Connecting Manhattan to the Bronx across the Harlem River, the High Bridge was completed in 1848.  The bridge is 2000 feet long and was the first permanent bridge connecting Manhattan with the mainland.  It was partially designed by James Renwick, Jr, who is known for designing the Cathedral of St. Patrick in Midtown.  The bridge had a dual purpose—to allow transportation between the two boroughs and to transport water into the city.  The water was held in the stately water tower and reservoir where High Bridge Park in Manhattan is now.  According to some accounts, the tower was needed to increase water pressure so that increasingly common modern toilets could flush.  When initially constructed, the area became a destination for amusement and pleasure seekers as it was near the river, leading to many restaurants and hotels being built.

As industry grew along the river in the 1900s, this area lost its cache as a tourism destination and declined.  This led to part of the High Bridge being demolished and replaced with a metal span to allow larger ships to pass up the Harlem River.  As the Harlem River Drive and the Major Deegan Expressway were completed in the 1950s and 1960s, the neighborhood was cut off from the waterfront.  Faced with increasing crime in the area and vandalization of the bridge, the High Bridge was closed in the 1970s.  It was closed until 2015 after a massive restoration project fixed the bridge and rehabilitated it for pedestrian use.

While not a sweeping suspension bridge like so many of the more photographed bridges, the High Bridge is a historically important bridge that is a true symbol of the city.  If in this part of Manhattan, the High Bridge is worth your time for a walk.  The views from the bridge of Manhattan and the Bronx as well as the high bluffs on both the Manhattan and Bronx sides make this a great place to take photos—especially on a sunny day.  This is the type of information that you will learn on a Sights by Sam tour.