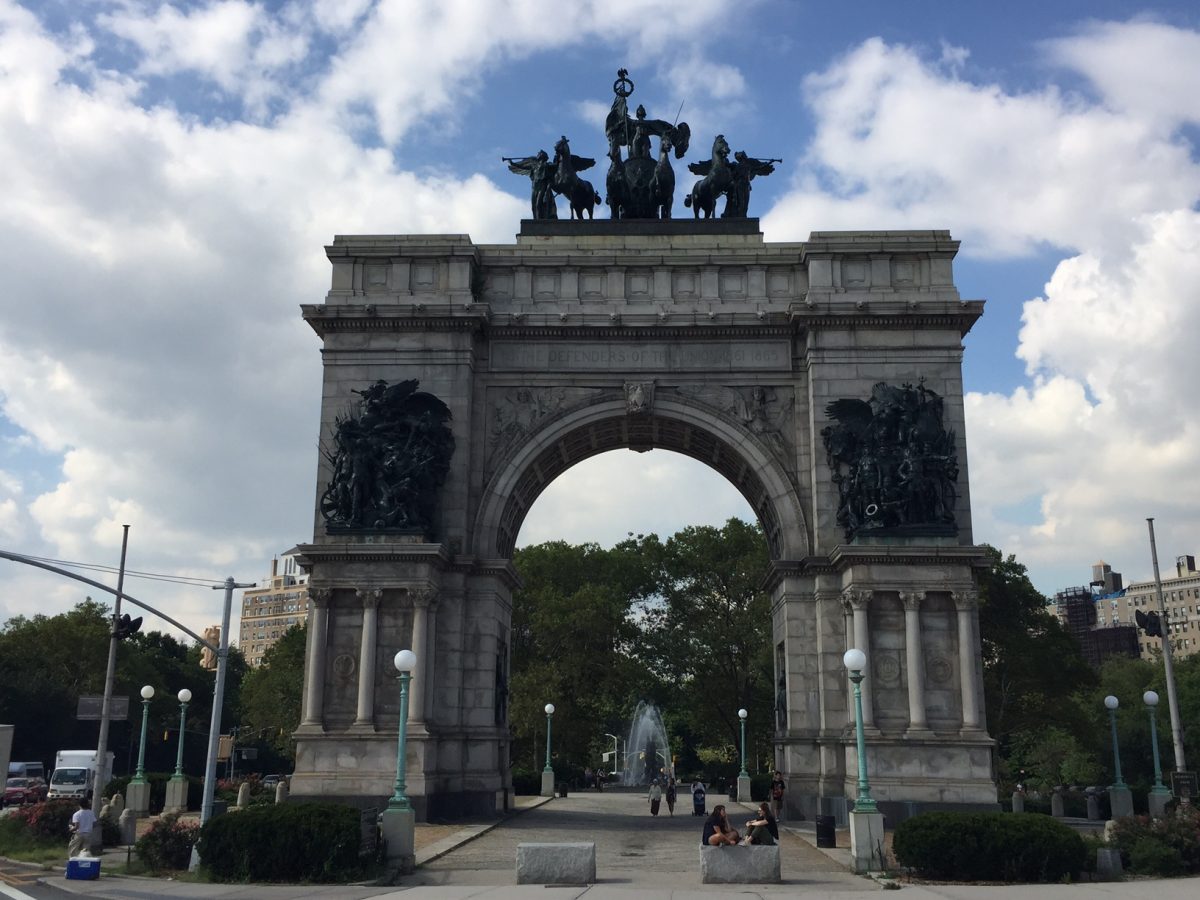 The Civil War was the most destructive war in American History. The conflict was commemorated in somber battlefield memorials throughout Pennsylvania, Maryland, and Virginia, as well as in several major cities throughout the country. Several large Civil War memorials exist in Indianapolis, Pittsburgh, and in Washington, DC, among several other locales. New York contains memorials to the war between the states as well— one in Manhattan and the other in Brooklyn. Ironically enough, both memorials are in Grand Army Plazas—both named after the Union Army’s veteran organization, the Grand Army of the Republic.

The Civil War Memorial in Manhattan at Grand Army Plaza is at the southeastern corner of Central Park. The main statue in the square is a golden equestrian statue of General William T. Sherman, the Civil War general who led the famous March to the Sea in Georgia. The statue was sculpted by Augustus Saint-Gaudens, who is known more for designing American coins. While the statue and the plaza are not well known landmarks for this generation of visitors, the Plaza Hotel, located across the street from Grand Army Plaza, is one of the more known landmarks in this part of the city.

The other main Civil War memorial in the city is in Grand Army Plaza in Brooklyn. Near the entrance to Prospect Park, the Brooklyn Museum, and the main library in Brooklyn, Grand Army Plaza contains one of the largest arches in the city: the Soldiers’ and Sailors’ Arch. This arch was built between 1889 and 1892 and designed by McKim, Mead, and White. It contains several scenes of the Civil War and the reconstruction of the Union after the Civil War.

Other Civil War memorials exist in the city, such as the Soldiers’ and Sailors’ Monument in the Upper West Side. With that said, the two Grand Army Plazas and their memorials are awe-inspiring and give testament to the lives lost in preserving our great country. Grand Army Plaza in Manhattan can be seen on a Sights by Sam tour. The plaza in Brooklyn will be a stop on a future Sights by Sam tour.