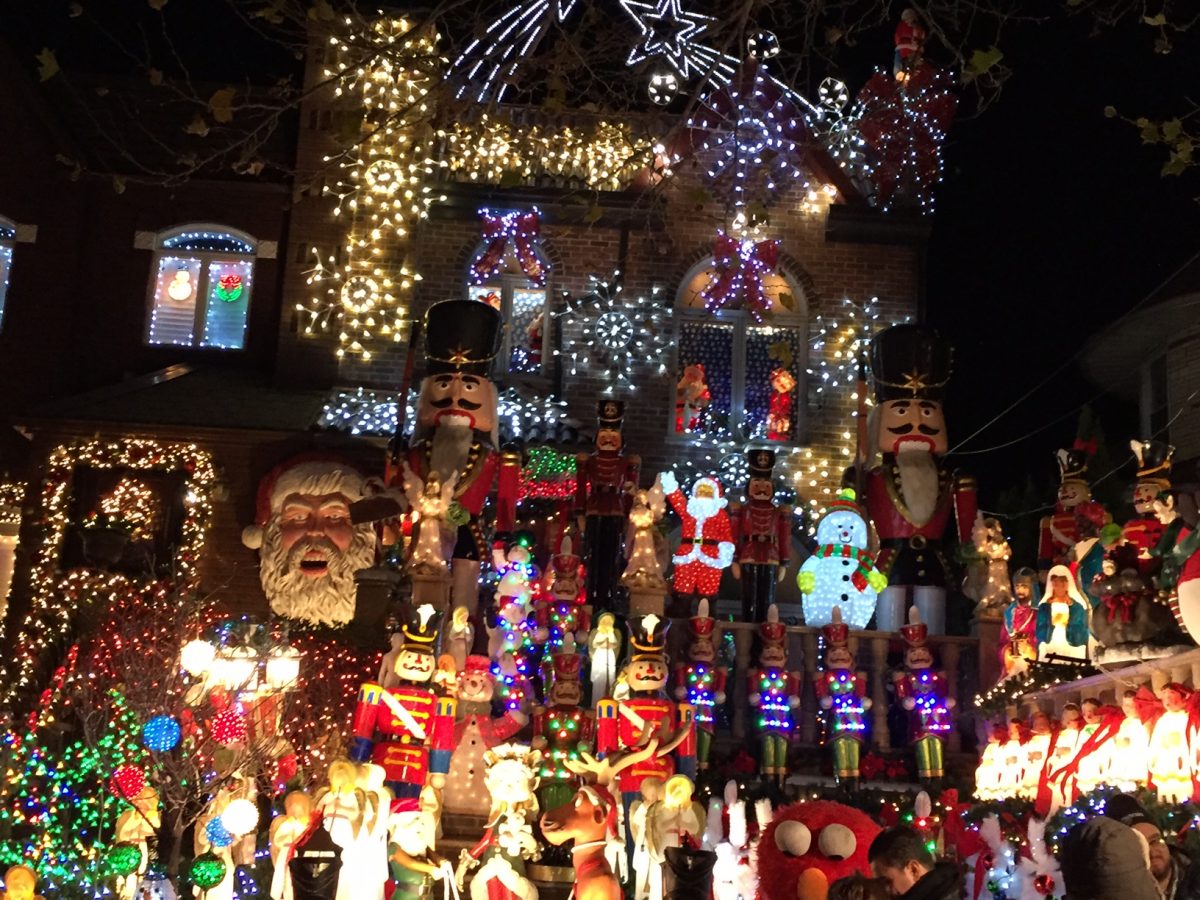 New York is full of Christmas and holiday traditions. From holiday villages that pop up in all boroughs to the Rockefeller Center Christmas tree, there are many traditions that make a winter in New York magical. One of the most breathtaking traditions is in a corner of the southern Brooklyn neighborhood of Dyker Heights and its amazing Christmas lights.

Served by the extreme end of the R Train in Brooklyn, Dyker Heights is known for being a traditionally Italian neighborhood that was first established in the late 1800s as a speculative real estate development. No one is sure of when the tradition of grandiose Christmas displays started, but it is believed that it first started in the 1980s. As newspapers covered the lights, more seemed to proliferate. It is not unknown for some of the residents of the neighborhood to spend tens of thousands of dollars on a display. While almost every house in the neighborhood has at least a string of lights or a wreath on the door, many houses have inflatable characters, multistory nutcrackers, and even sound-and-light displays. Even the firehouse in Dyker Heights is now a part of the tradition. While there is no formal award given for the displays, there is a very real informal competition between many of the households in the neighborhood.

The Christmas lights cover hundreds of homes in the neighborhood, but some of the most grandiose and famous ones are along an eight block area around 12th Avenue. The lights remain up from the week after Thanksgiving to the first weekend in January. The lights and accompanying displays are a delight to young and old and worth the trip to this corner of the city. This is the type of information you will learn on a Sights by Sam tour.