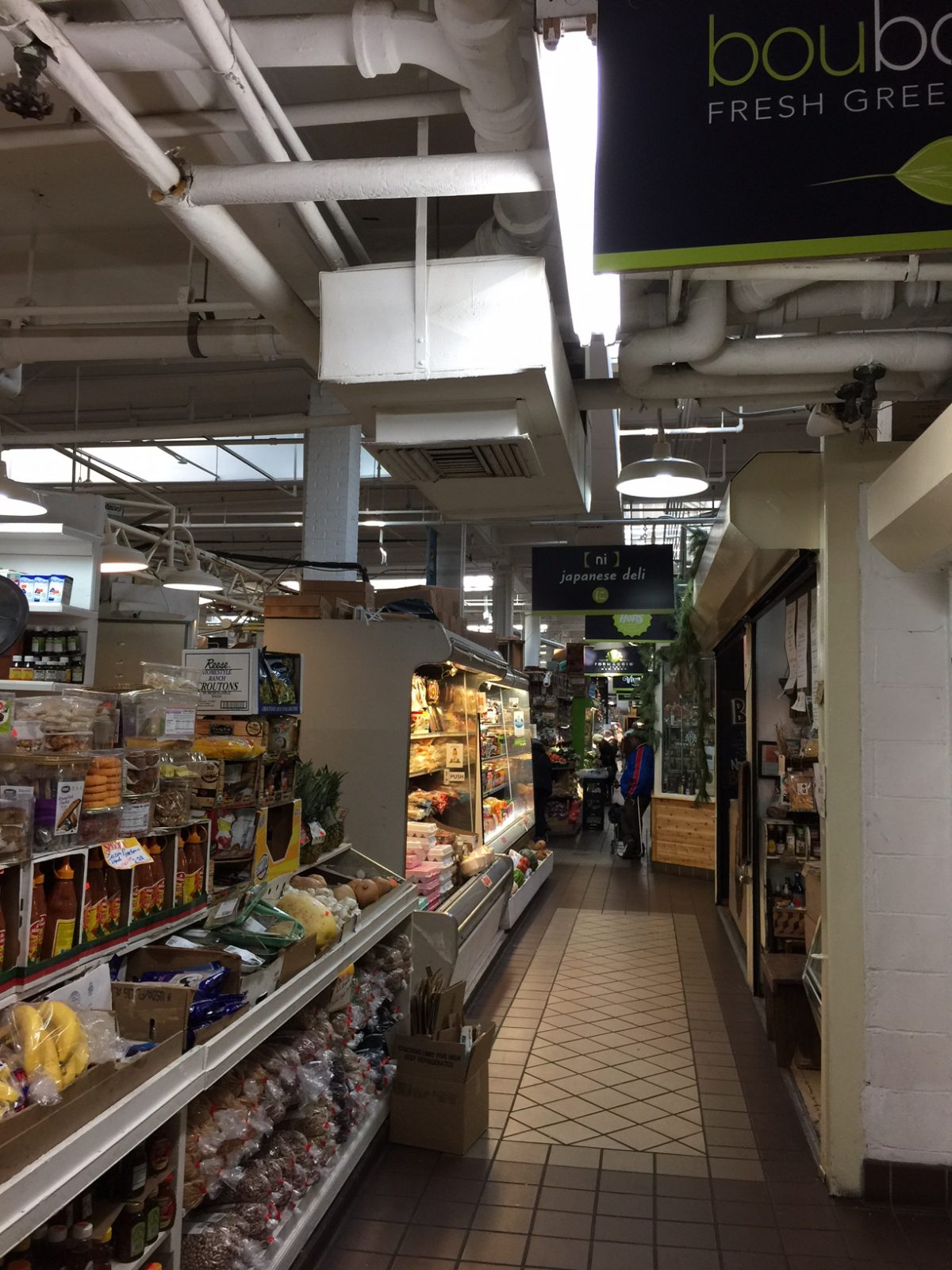 Even though Americans live in an age with massive supermarkets and even online delivery of groceries, markets provide character and are part of the identity of a city or a neighborhood. This is true of the Italian Market in Philadelphia or Findlay Market in Cincinnati to give two examples. The same is true of the Essex Market in the Lower East Side of New York.

The Essex Street Market was built in 1940 as part of an urban renewal project. Before this building was built, the streets of Little Italy and the Lower East Side were packed with vendors selling items out of pushcarts. These merchants, mostly Eastern European Jews and Italian immigrants to New York, sold mostly food, but anything that could be sold out of a cart—including books, glasses, and underwear. The sheer number of pushcarts were a significant hazard to cars, trucks, and wagons on Delancey Street and made some side streets in the Lower East Side nearly impassible. Seeking to make the traffic flow better and remove a symbol of labor thought to be demeaning to immigrants, Mayor Fiorello LaGuardia banned pushcarts and moved to consolidate the pushcart vendors into several markets throughout the city, including the Essex Street Market.

The market reflects the local population—selling Jewish and Italian goods in the 1940s to 1950s, Puerto Rican goods from the 1960s, and goods geared toward urban professionals that have moved into the Lower East Side since the early 2000’s. The City of New York also spent millions in the 1990s to rehab and renovate the market hall so that it may last for decades more. When in the Lower East Side, the Essex Street Market makes a fun stop for a snack or to see the types of wares on offer. This is the type of information you will learn on a Sights by Sam tour.