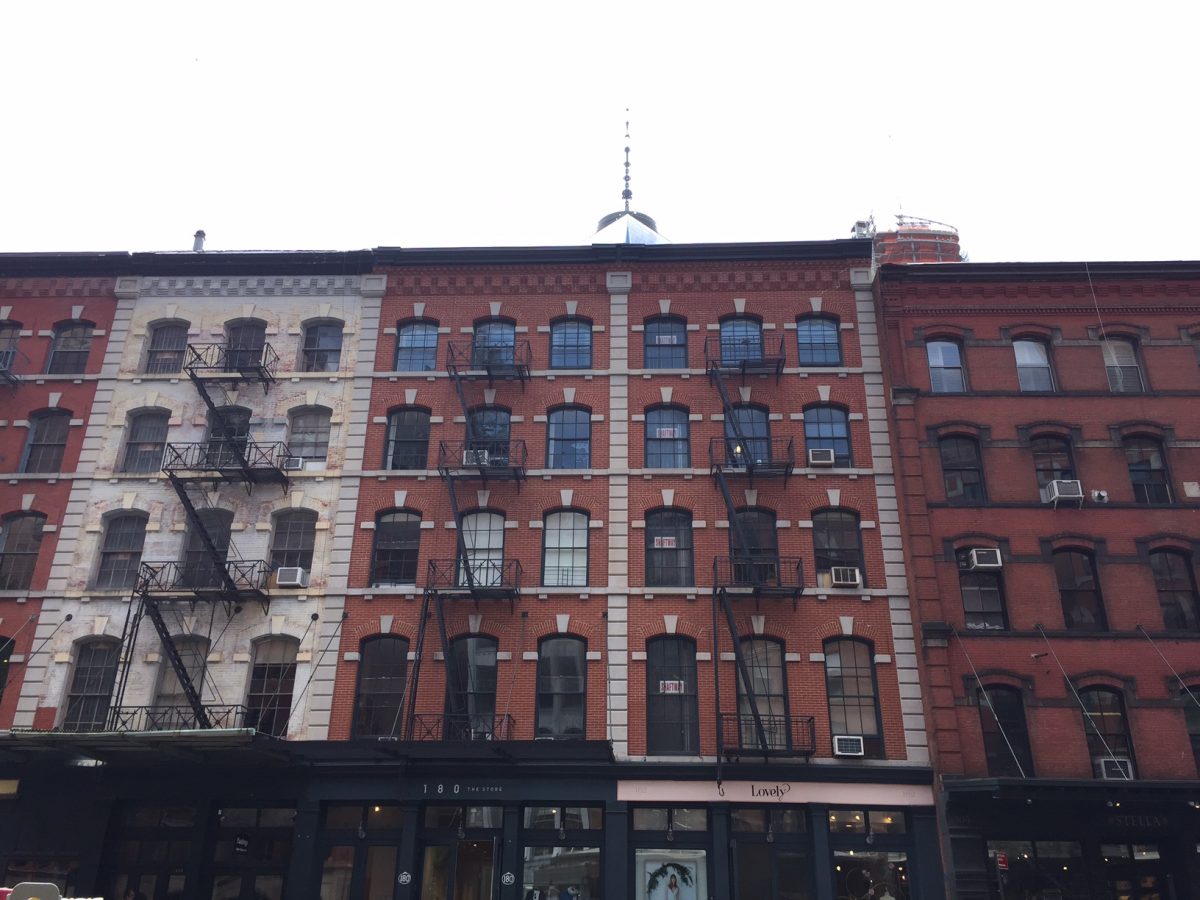 In the shadow of the Financial District to the north is the Triangle Below Canal Street, more commonly known as TriBeCa. While famous for high end shopping and residences, the area bounded by the Hudson River, Canal Street, and Chambers Street was originally an industrial area for much of the city’s history.

Once the landholdings of the Bleeker family, the area known as TriBeCa was primarily known for shipping, lofted buildings that served as factories, and the Washington Market (which is the precursor to the Hunt’s Point Terminal Market in the Bronx). Over the years, the neighborhood also played host to “Radio Row”, a district for electronics, from the 1920s until the 1960s. As development projects such as the World Trade Center, the proposed Lower Manhattan Expressway, and changes in freight and shipping took hold, TriBeCa began to decline and the many lofts became abandoned. After the Lower Manhattan Expressway was cancelled, the lofts became occupied by artists, writers, and other creative types looking for inexpensive living and working spaces. The area began to become hip and achieve a certain cache in the minds of New Yorkers. As more people moved in and services improved, the original artists were forced out by high rents. Today, the area is host to many well-to-do people such as movie stars and bankers.

For native New Yorkers, the neighborhood is associated with high end shopping and the annual TriBeCa Film Festival. Tour TriBeCa and neighboring areas such as the Manhattan Civic Center or SoHo with Sights by Sam. This is the type of information you will learn on a Sights by Sam walking tour.