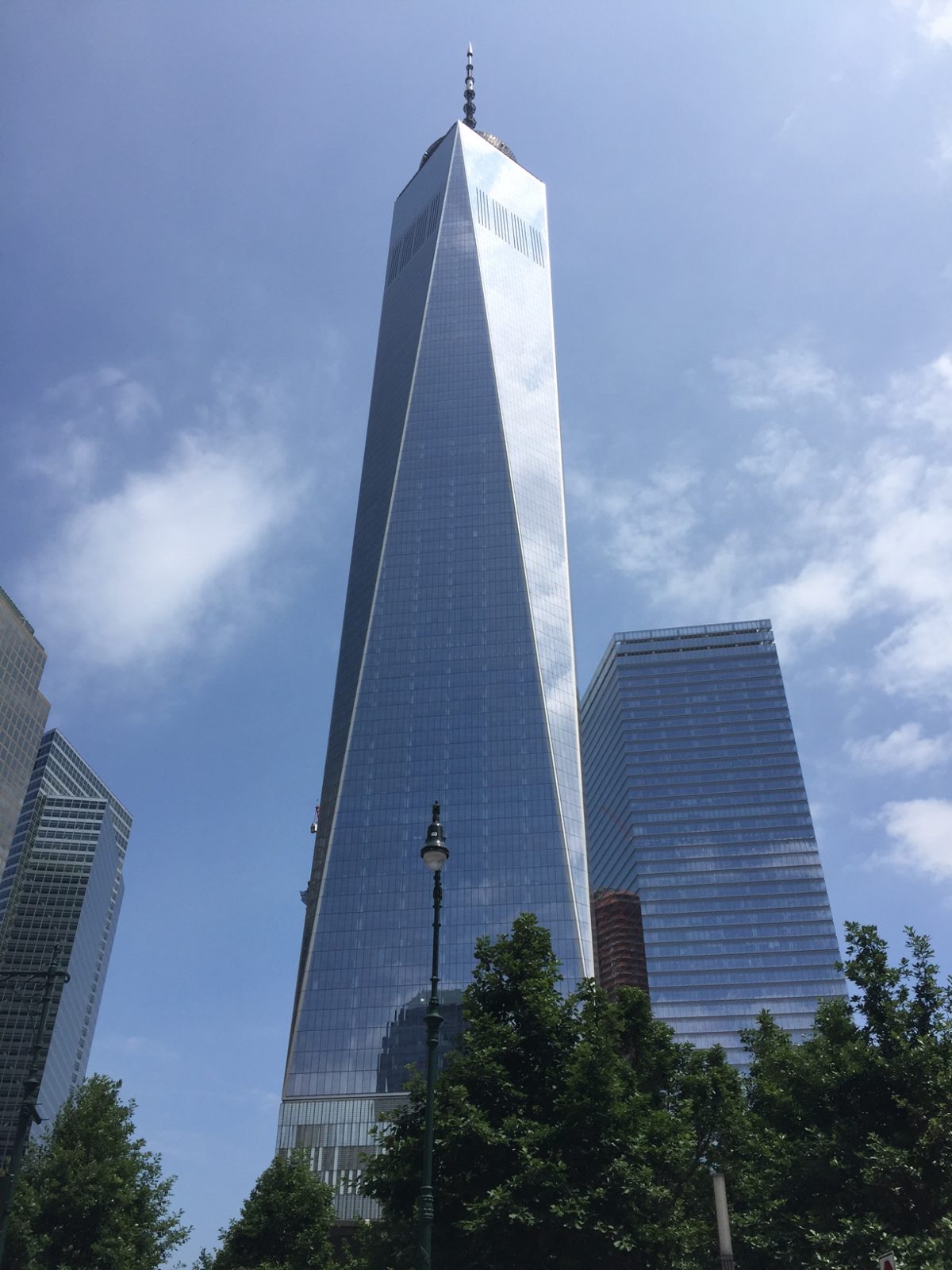 Towering above Lower Manhattan (and the entire city), One World Trade Center symbolizes the resilience and rebuilding of New York after the September 11th attacks. Designed by the firm of Skidmore, Owings, and Merrill, the building was constructed between 2006 and 2014. The structure has deep symbolism for the city and the country as a whole—rising to a patriotic 1776 feet tall and built with materials and components from all 50 states and many friendly countries.

The plans for a tower at the World Trade Center site were first conceived as early as 2002. Daniel Liebskind was selected as the architect, but the design was changed due to security concerns brought forward by the NYPD and due to concerns from other project stakeholders. Construction of the reinforced concrete base alone took two years. While the original name of the building was the Freedom Tower, the Port Authority of New York and New Jersey changed the name to One World Trade Center in 2009. The building also has several pioneering safety features to ensure the survivability of the structure in the event of a catastrophic event, such as pressurized staircases and filtered air systems. The final price tag for the building was around $4 billion, then the most expensive structure ever built. It encompasses 2.6 million square feet—slightly more than the Metropolitan Museum of Art or the American Museum of Natural History.

Today, the building is most famous to visitors for its observation deck, allowing for panoramic views of New York City and beyond. Major tenants include the Port Authority of New York and New Jersey, the State of New York, and Conde Nast Publishing. One World Trade Center is one of the many highlights of the “Foundation of New York” tour by Sights by Sam, which covers Lower Manhattan.