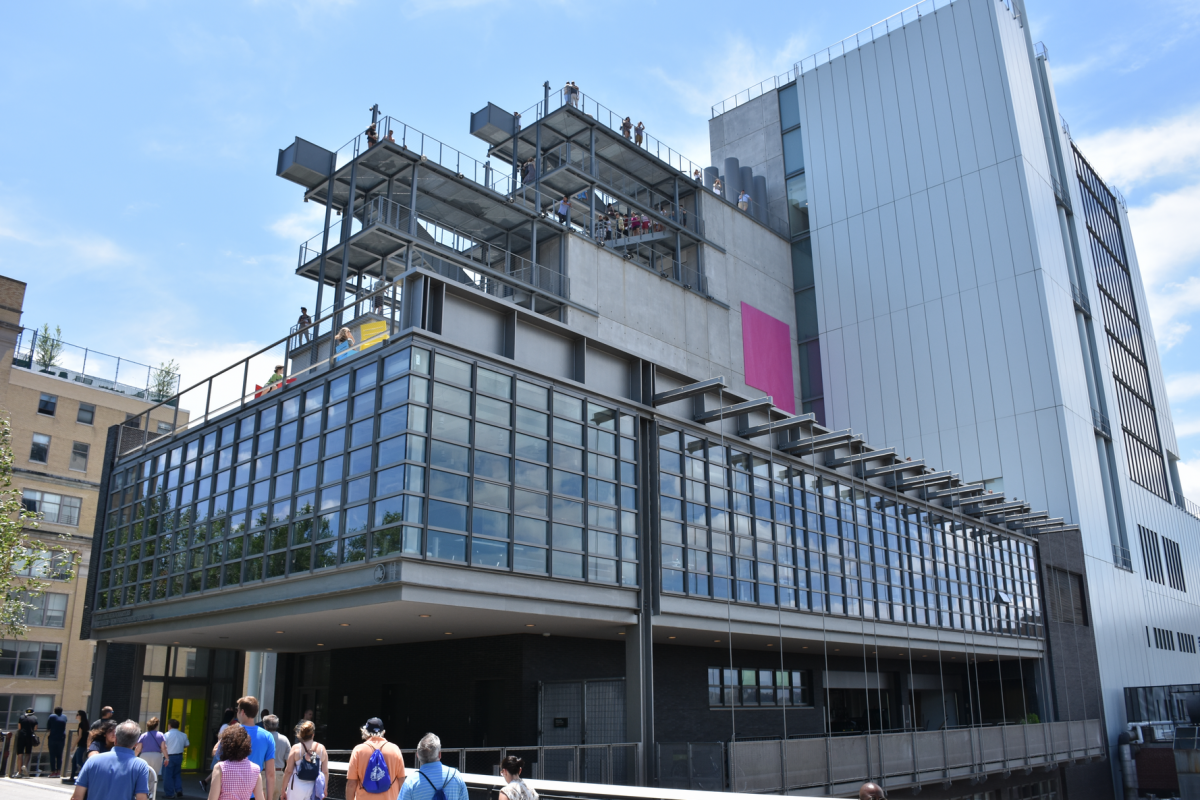 Gertrude Vanderbilt Whitney was born into the wealthy Vanderbilt family–the ones that owned the New York Central Railroad. She married Harry P. Whitney, becoming even richer as the Whitney family owned substantial oil interests. Whitney turned toward art as a hobby and became an impressive sculptor in her own right.

Starting in 1914, Whitney began to amass American art. She felt that American artists needed to be exhibited and promoted. In 1929, she attempted to donate her collection of American modern art to the Metropolitan Museum of Art, which declined her collection–as did the Museum of Modern Art. Whitney’s artwork would be formed into what is now known as the Whitney Museum of Art in 1931.

The museum has moved from Greenwich Village to Midtown to the Upper East Side (in a Marcel Breuer-designed building now housing an extension of the Metropolitan Museum of Art), to a new, Renzo Piano-designed edifice opened in 2015, which anchors the southern entrance to the High Line Park and contains 200,000 square feet of exhibition space. Many of the galleries have decks outside which provide great views of the surrounding city. The immediate neighborhood provides many opportunities for walking and eating in several restaurants and bars that have proliferated in recent years.

In addition to hosting a permanent collection of American artists such as Charles Demuth and Edward Hopper among more contemporary artists, the museum also has many temporary exhibits and hosts the famous Whitney Biennial every other year (next scheduled for 2017). Between 7:00PM and 9:30PM on Fridays, the museum has a “pay what you wish” policy. The Whitney should be on your itinerary for the modern building alone. A Sights by Sam walking tour of New York should be on the itinerary of any visitor to this great city.