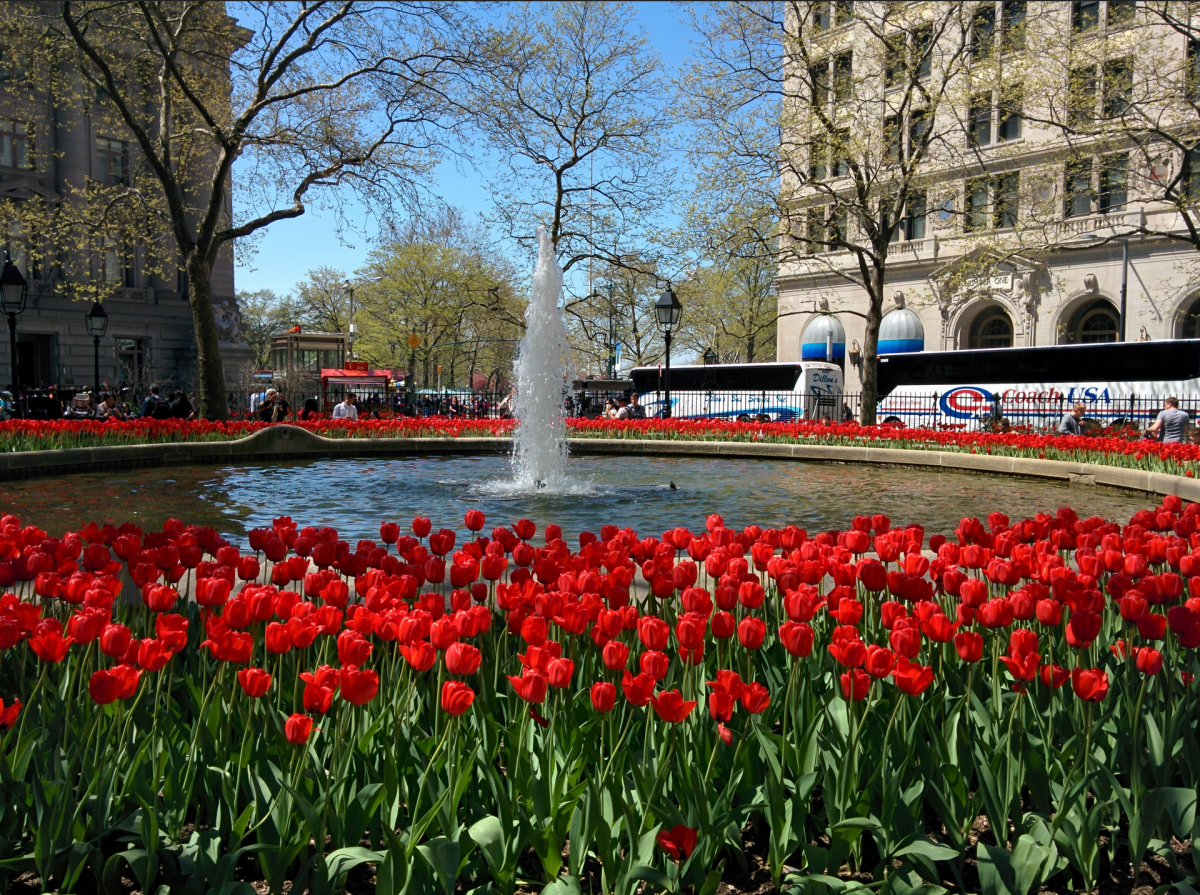 New York has hundreds of public parks ranging from the massive Pelham Bay Park in the Bronx to small “parklets” that are scarcely larger than a parking space. At the foot of Manhattan sits Bowling Green, the oldest public park in the city—established in 1733.

The area where Bowling Green is located was used as a “commons” where residents of New Amsterdam and later New York fed their animals. In 1733, the council of the city designated the area as a park for the enjoyment of all its residents.

In 1770, the British government erected a two-ton lead equestrian statue of King George III in the park. Due to poor relations between the mother country and the colony in the lead up to the American Revolution, the city passed one of its first anti-graffiti laws to counter the growing wave of vandalism toward the statue. On July 9, 1776, the Declaration of Independence was read out loud in the city. The Sons of Liberty, immediately after the reading, ran to the statue and toppled it, melting the lead into musket balls. Some alleged pieces of the statue and the original fence reside at the New-York Historical Society today.

In a more contemporary era, the statue Charging Bull by Arturo di Modica was placed here after it had been removed from in front of the New York Stock Exchange. The statue was placed in front of the exchange in 1989 as a symbol of the perseverance of the American spirit after the stock market crash of 1987. It was moved to its present place on Bowling Green after the public clamored for it to be publicly displayed. The bull weighs a little over three tons.

Bowling Green is one of the main parks in the area of Wall Street, close to other attractions such as the New York Stock Exchange, the Alexander Hamilton Custom House, and Trinity Church, to name but a few. Bowling Green can be viewed on a Sights by Sam tour of Lower Manhattan.