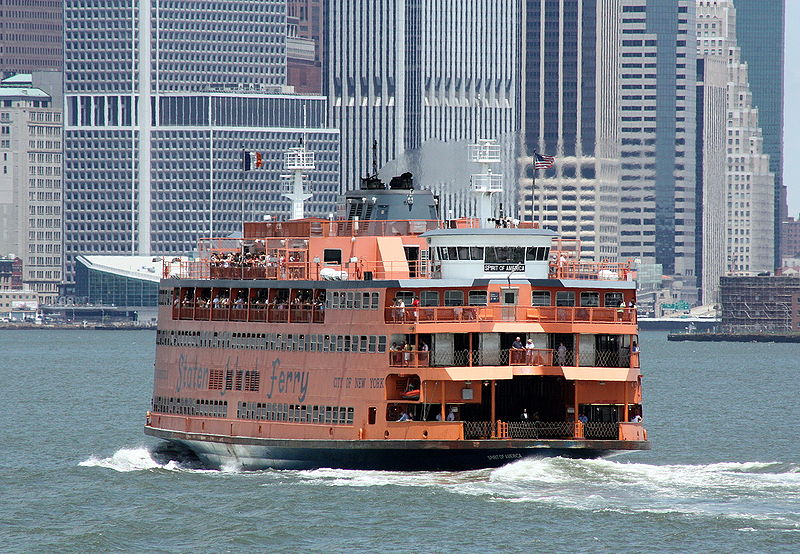 As you learned in a previous entry, Staten Island was named for the parliament of the Netherlands.  The population of the borough stands at under 500,000 and is about 60 square miles.  Despite being part of the city, the island can sometimes seem like a world apart from the rest of the hustle-and-bustle of the city.

Staten Island was discovered in 1524 by Giovanna da Verrazano (for whom the bridge linking Brooklyn and the island was partially named).  The island was lightly settled by the Dutch.  A wave of more settlers came to the island under the British, who incorporated it into the Province of New York and named it Richmond County (for the noble title of one of King Charles II’s sons).  The island was the site of a failed negotiation between British General Howe and several Continental Congressmen at the Conference House in 1776.  A peace settlement in exchange for withdrawing the Declaration of Independence failed, leading to the British invasion of New York.  The island was consolidated in 1898 with the other four boroughs to form present-day New York City.  The borough was also linked to New Jersey by three bridges (Bayonne Bridge, Outerbridge Crossing, and the Goethals Bridge) and to Brooklyn (the Verrazano-Narrows Bridge) in the 20th Century.

While a part of the city, Staten Island residents have not always seen eye-to-eye with the rest of the city.  Some residents feel neglected by the local government—with this having to do with political differences, a much smaller population on the island, and the siting of a large garbage dump on the island between 1947 and 2001.  Additionally, residents have expressed opposition to the lack of zoning restrictions on the island (which the city government hopes will encourage development on the island while some residents believe this will destroy the low-rise character of the area).  A secession vote passed in the 1980s, but was not approved by the State of New York.  Despite this checkered past, Staten Island is very much a part of the city.

During your visit to New York, consider taking in some sights on the island such as the Tibetan Art Museum, Conference House, Old Richmond Town, or a game at the Staten Island Yankees’ home stadium.  At the very least, the Staten Island Ferry is the best bargain in town—it’s free and riders are able to take in New York Harbor at a relaxing pace.  In time, Sights by Sam hopes to be able to add Staten Island to its array of tour destinations.  In the meantime, this is the type of information you will learn on a Sights by Sam tour.