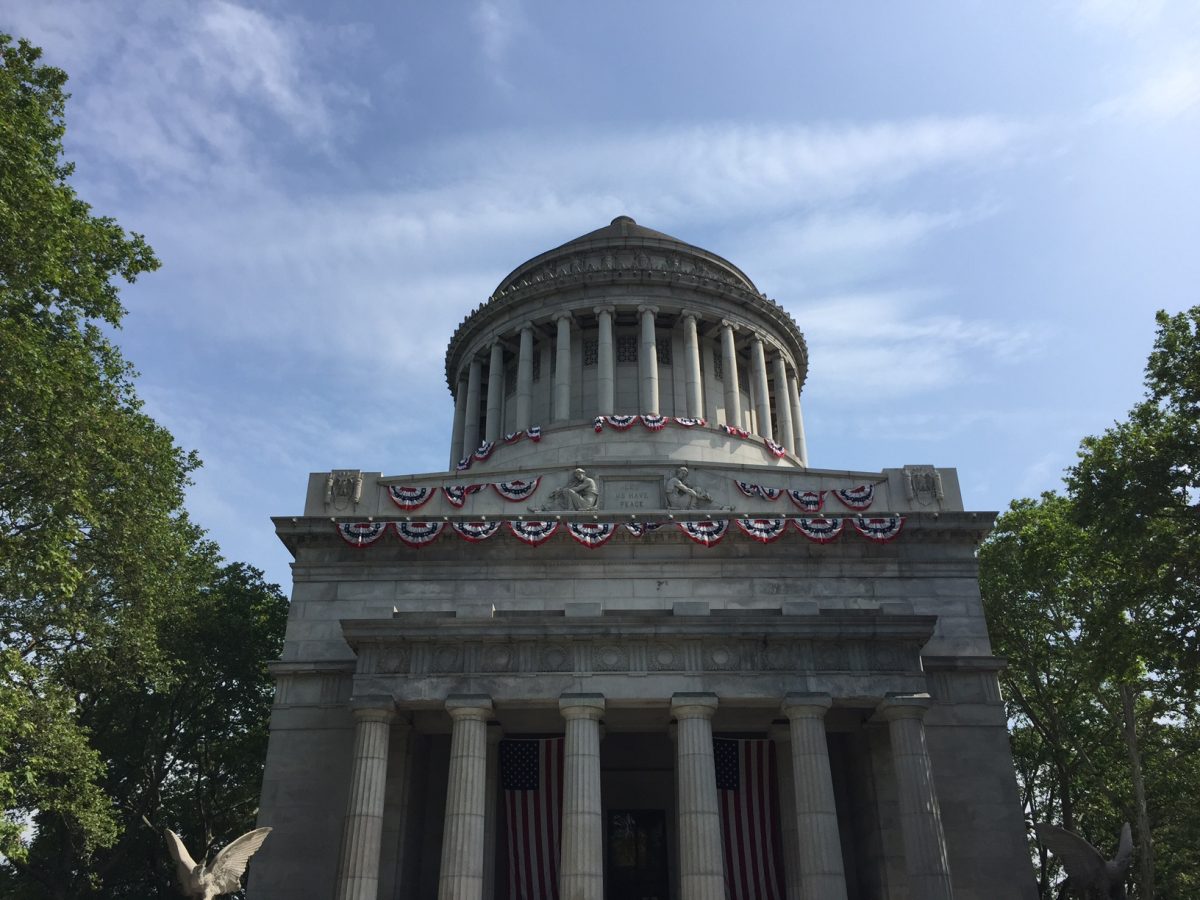 Given that New York City is the home of only one president (Theodore Roosevelt), it would seem odd at first glance that a president who was born in Ohio and lived much of his adult life in Illinois would be buried there.  With that said, Ulysses S. Grant is the only president interred within the city limits, along with his wife, Julia.  The story of the tomb is compelling and is a comment on changing times in the city.

Grant died of throat cancer in Upstate New York in 1885 (rumored to be from his hard drinking and heavy-smoking ways).  While he was not a memorable president, his command of the Union Army in the Civil War and his influence on warfare gave him everlasting fame.  Grant’s family agreed to have him buried in New York.  An association (the Grant Monument Association) was formed to raise money for and construct the tomb.  After delays regarding its location, funding, and design, the tomb opened in 1897, with the mausoleum patterned off of the Mausoleum at Halicarnassus, one of the Seven Wonders of the Ancient World.  The spartan interior of the mausoleum was decorated in the 1930s with paintings of famous scenes from the Civil War and busts of other great Civil War generals.

The tomb began to suffer serious decay starting in the 1950s, becoming a vandalized, graffiti scarred mess.  The tomb was hardly visited and became a symbol of decay in the city.  Grant’s relatives threatened to remove his and Julia’s bodies to another location if something was not done.  After the National Parks Service was unwilling or unable to do anything,  a Columbia University student successfully got the gears moving by getting the Illinois state government to threaten to move President and Mrs. Grant’s bodies.  The federal government eventually appropriated money to restore the tomb.  The restoration of the tomb was completed in 1997.  In a tomb fit for one of the giants of American history, the interior and exterior are now in immaculate condition.  The interior contains the tombs and scenes of pivotal Civil War moments, such as the surrender of the Confederates at Appomattox.  There is also a collection of flags used in battle in the Civil War.

Although Grant’s Tomb does not figure highly on the itineraries of many visitors, it is an architectural master work and a slightly larger-than-life tribute to a giant of American History.  Grant’s Tomb can be seen on a Sights by Sam tour.