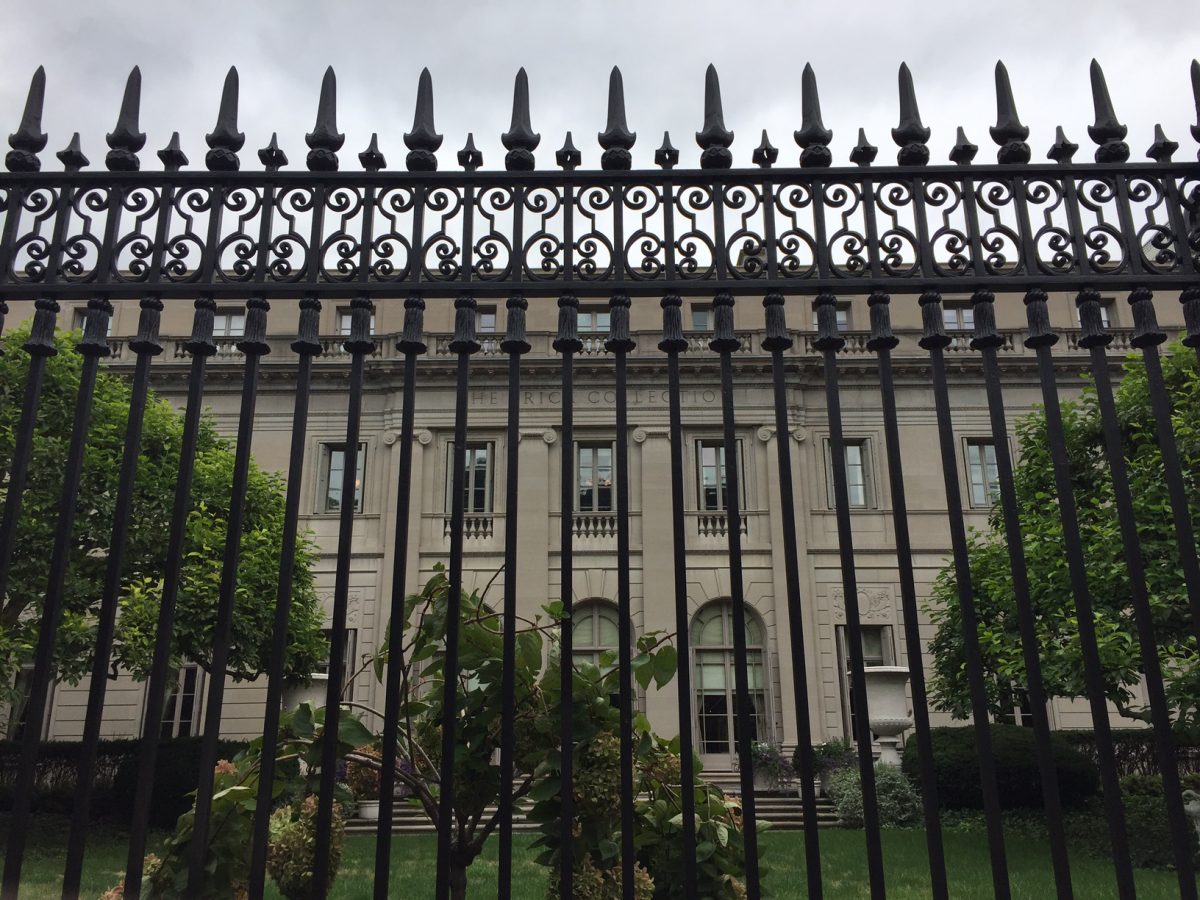 Nestled in the Upper East Side among several of the museums on the world-famous Museum Mile is the Frick Collection. A small art museum that bears similarity to the Barnes Foundation in Philadelphia or the Taft Museum in Cincinnati, and the collection of Frick’s artworks in Pittsburgh at the Frick Art and Historical Center, the Frick Collection contains works of art collected by wealthy industrialist Henry Clay Frick.

Similar to fellow Pennsylvanian Solomon R. Guggenheim, Frick was a titan of industry as one of the founders of U.S. Steel. Frick’s massive wealth allowed him to collect art, especially paintings by European old masters. He housed many of his collected works in a New York mansion designed by the firm of Carrere and Hastings (who also designed the main New York Public Library). Frick only lived at the mansion for a short time, but turned the house over as a museum after he and his wife passed away. The Frick Collection also contains a massive art reference library. Although it functions solely as a museum today, the Frick Collection is housed in one of the last mansions on Fifth Avenue. In the coming years, the amount of the facility on view will expand as the upstairs of the mansion will open to the public.

Although the Museum Mile is dominated by several larger museums, including the Metropolitan Museum, the Frick Collection is worth a visit for those interested in the art of old world masters and fans of architecture. This is the type of information your will learn on a Sights by Sam tour.