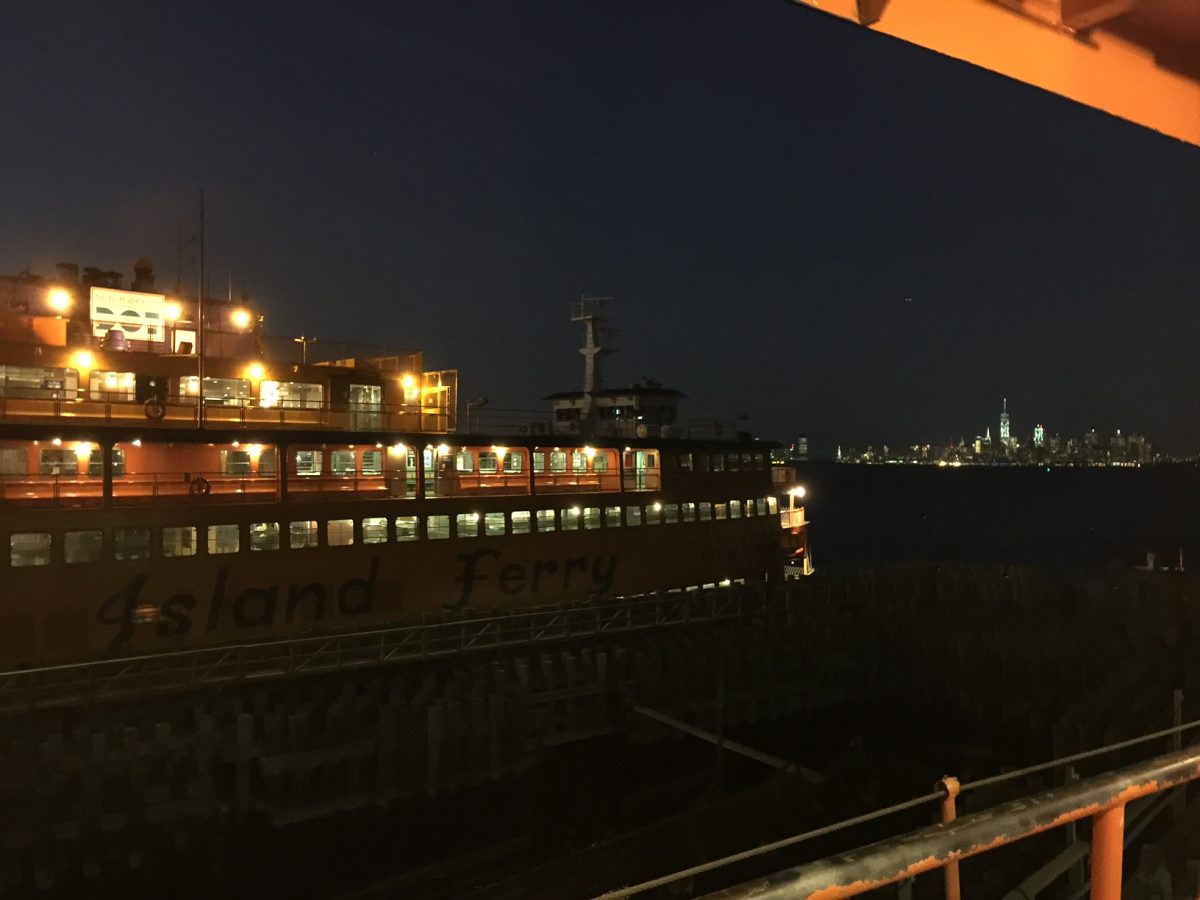 Every day, 60,000 people from Staten Island descend upon Manhattan for work and play on one of New York’s most picturesque and cost efficient forms of transportation, the Staten Island Ferry. The eight orange-and-blue ferry boats ply the five mile route in about a half hour between the two ferry terminals.

The Staten Island Ferry was first run in the 1700s, but came into its own in the 1800s when it was first run by a turnpike company and later by the Vanderbilt Family as part of their railroad empire (later sold to other railroad companies). After a major accident in 1901, New York City’s government seized control of the ferries, which has owned and operated them since. In 1997, the ferry was made free when Mayor Rudolph Giuliani followed through on a campaign promise to make service free (to heal the rift in relations between Staten Island and the other four boroughs alluded to in my previous blog article about the history of Staten Island). Passengers were once able to bring cars on the ferry boats, but this has been banned since 2001. Since the first decade of the 2000s, the ferry calls on two renovated terminals in Whitehall, Manhattan, and St. George, Staten Island. Visitors are able to be transported easily through the borough they arrive in via several subway stations on the Manhattan end and a jumble of bus lines and a Staten Island Railway stop near the St. George terminal.

The boats plying New York Harbor are an important symbol of the Borough of Staten Island and form one of the most distinctive modes of transportation in the city. While you are in New York, a trip upon the Staten Island Ferry is worth your time and an attraction that is also easy on the wallet. This is the type of information that you will learn on a Sights by Sam tour.