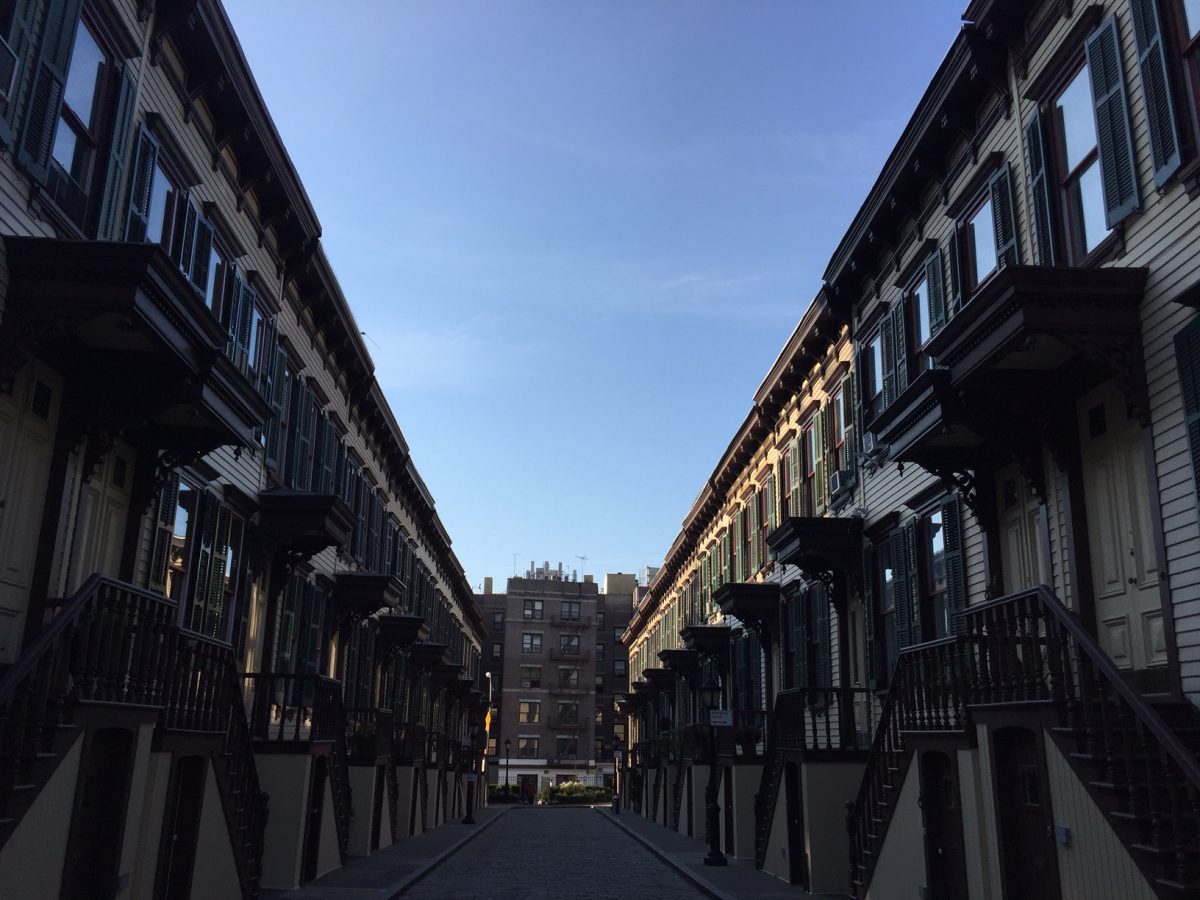 Located near the Morris-Jumel Mansion in Washington Heights, there are many important residential areas that were built in the late 1800s and early 1900s. The rash of building occurred when the heirs of the Jumel Family sold off their vast landholdings.

In addition to stately apartment buildings and cultural institutions that were constructed at nearby Audubon Terrace, one of the more unique streets is the cobblestoned Sylvan Terrace. Forming a “stair street” on 161st Street, 20 wood framed houses were built by Gilbert Robinson, Jr. in 1883. The houses were originally rented to laborers and servants who lived in the neighborhood and worked at some of the more stately buildings in the neighborhood. After decades of neglect, New York City made the area a historic district and restored the houses back to their original appearance.

Today, each of the houses in the district is valued over $1 million. The residences are very stately and the surrounding neighborhood near the Harlem River is very picturesque. In addition to the Morris-Jamel Mansion, the area is also close to High Bridge Park and Fort Tryon Park. This is the type of information you will learn on a Sights by Sam tour of New York.