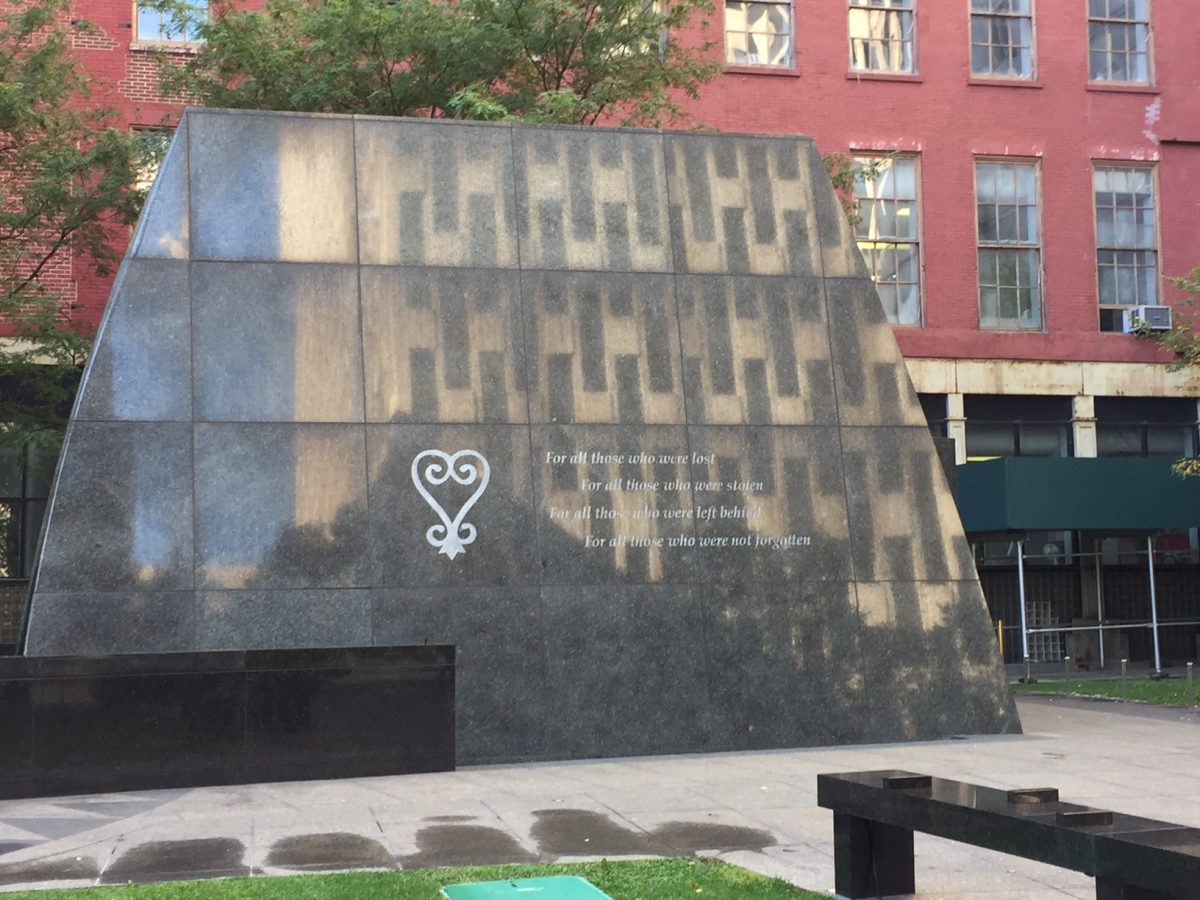 In the Civic Center of Manhattan near the Ted Weiss Federal Building is an important monument that commemorates 15,000 people of African descent—both slave and free, who were buried in a graveyard that was on the then outskirts of the city. The African Burial Ground National Monument commemorates these individuals and their contribution to the early history of New York.

It is believed that the Dutch first imported African slaves into the New Netherland colony in 1626. While the Dutch offered some degree of emancipation to slaves in their colony, this was rescinded by the English after 1664 when they took the colony from the Dutch. One of the many restrictions placed on people of African descent is that they could not be buried with Europeans in their cemeteries, necessitating the foundation and use of a burial ground on what is now Duane Street (north of the old borders of the city). Although the burial ground was heavily used (as New York had a very large African population), much of this population fled with the British after the American Revolution (as Americans demanded the return of slaves to their masters). The area of the graveyard was filled over and built upon (which ironically preserved most of the graves).

In the 1990s during the construction of the Weiss Federal Building, bodies were discovered during the excavation to anchor the building to the bedrock of Manhattan. After hundreds of bodies were found, archeologists were called in and it was discovered that the building was planned over the burial ground. Due to protests from African Americans, the federal government declared the area a National Historic Landmark, which halted construction of the building over the site (its plans modified to be away from the burial ground) and called for a monument (finally completed in 2007). This site is important in the cultural history of the city and can easily be seen as a follow-up to the “Foundation of New York” tour from Sights by Sam.