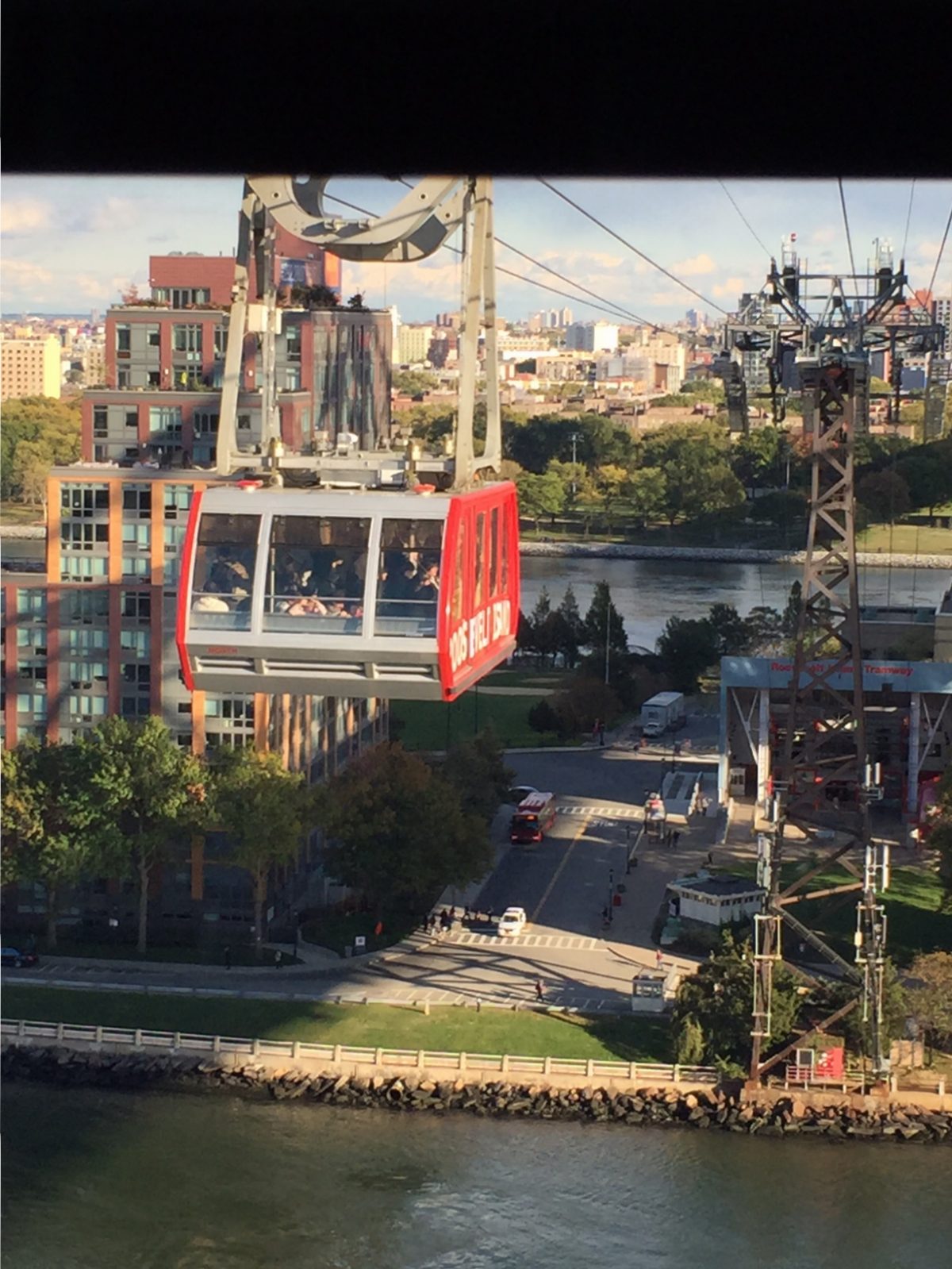 Between the East Side of Manhattan and Queens lies Roosevelt Island.  A mostly residential community, this island is mainly famous for its unique tramway and as the location of the ruins of hospitals and other facilities.

Roosevelt Island is connected to Manhattan by the unique aerial tramway that looks like it was built more for a ski resort in the Alps than for New York.  Featured in the climactic scene of Spider-Man and in the beginning of City Slickers, the tramway was opened in 1976 in lieu of a subway station that was to be constructed on the island (finished in the 1980s).  The tramway is a little over 3,000’ long and rises to 250’ over the East River between its terminals at 65th Street and Second Avenue in Manhattan and Roosevelt Island.  The tram stalled in 2006 and was closed to update its safety systems.  A complete renovation of the system was completed in 2010.

Although the Roosevelt Island Tramway was only intended to be temporary, it has become a permanent necessity for residents of the island and those who work nearby in Midtown Manhattan.  In the wake of the L Train shutdown that will occur for the next couple years, there has been talk of a similar aerial tramway system that could connect Brooklyn and Manhattan, in addition to other areas of the city.  While some cost estimates state that it would be cheaper than building a new subway line and keep shipping channels on the East River open, opponents state that it may be too tempting of a terror target and that the pylons needed to support the tramway may be eyesores in their surrounding areas and lead to lower property values.

While not on most visitors’ itineraries, Roosevelt Island is worth the trip alone for the tramway ride, which allows for unparalleled views of Midtown on the south side of the trams.  Although mostly residential, Roosevelt Island may be changing due to the location of a technology campus that is a joint venture between Cornell University and the Technion that is being constructed on the island.  This is the type of information you will learn on a Sights by Sam tour.