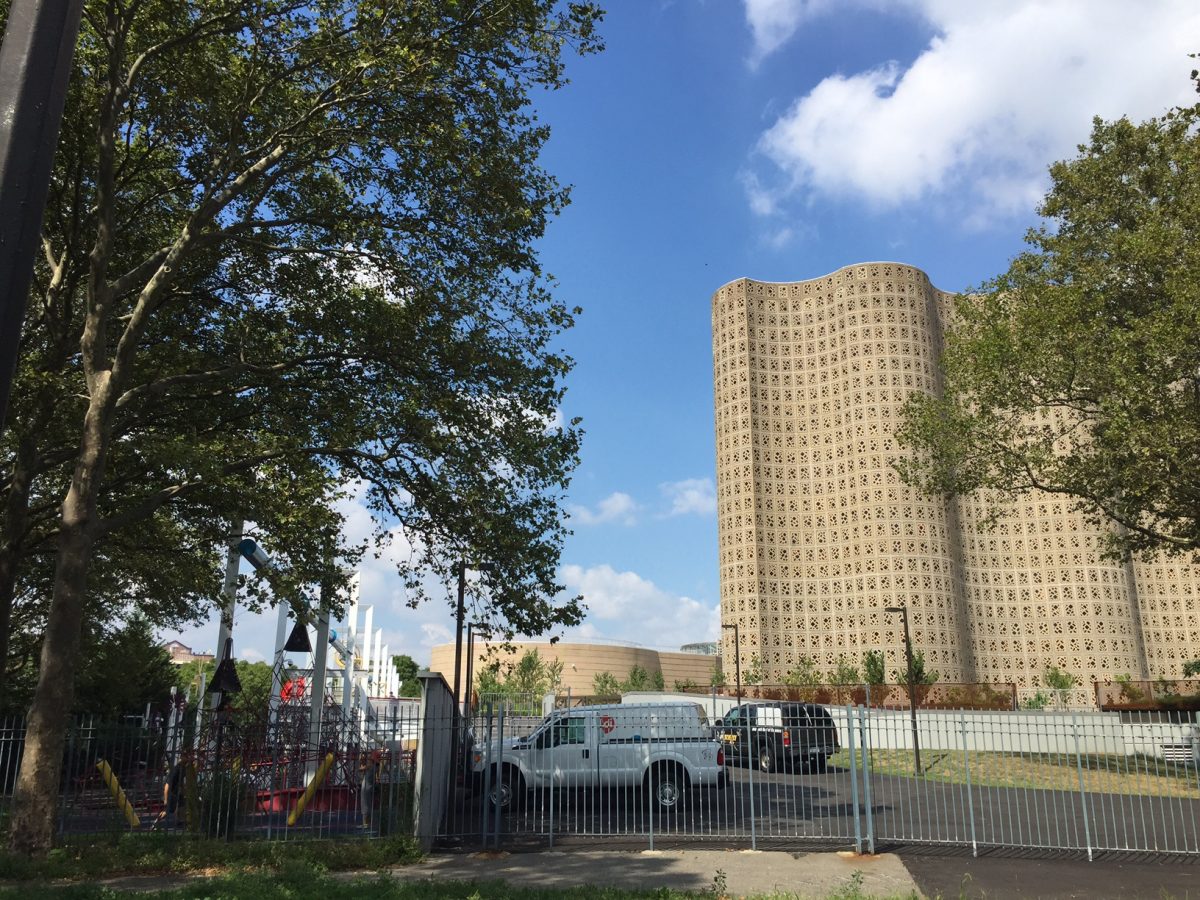 Located in Flushing Meadows-Corona Park is the New York Hall of Science (Hall of Science).  This structure dates back from the 1964 World’s Fair.  Along with the Queens Museum, the Hall of Science is on the top of the radar for many visitors to this part of New York and residents of the Borough of Queens.

As I mentioned before, the Hall of Science opened in 1964 for the World’s Fair, which was held in New York in that year through 1965.  After the closure of the fair, the Hall of Science stayed open and showcased the achievements of the various nations in science and space (with an emphasis on the United States).  This remained the basic format of the museum until the 1980s when it was renovated to cover more science-themed exhibits (it had been drifting into exhibiting items about science fiction to bolster attendance numbers).  After the renovation, the museum became one of the first science museums in the U.S. and now has 450 exhibits.  Every year, over 500,000 people come and tour the museum.  The museum has doubled in size since the 1964 World’s Fair.  The Hall of Science’s architecture is famous for the “Great Hall” in the interior, which uses blue stained glass to give the illusion that guests are in outer space when inside the room.

If you are at or near Flushing Meadows-Corona Park, the Hall of Science is worth your time, if only just to look at the fascinating structure.  Children also love the science-themed playground on the museum’s grounds—one of the most popular in the city.  This structure can be visited with a trip to a Mets game at Citi Field, a visit to other structures in Flushing Meadows-Corona Park, or before or after a trip to Flushing Chinatown on the 7 train.  This is the type of information you will learn on a Sights by Sam tour.