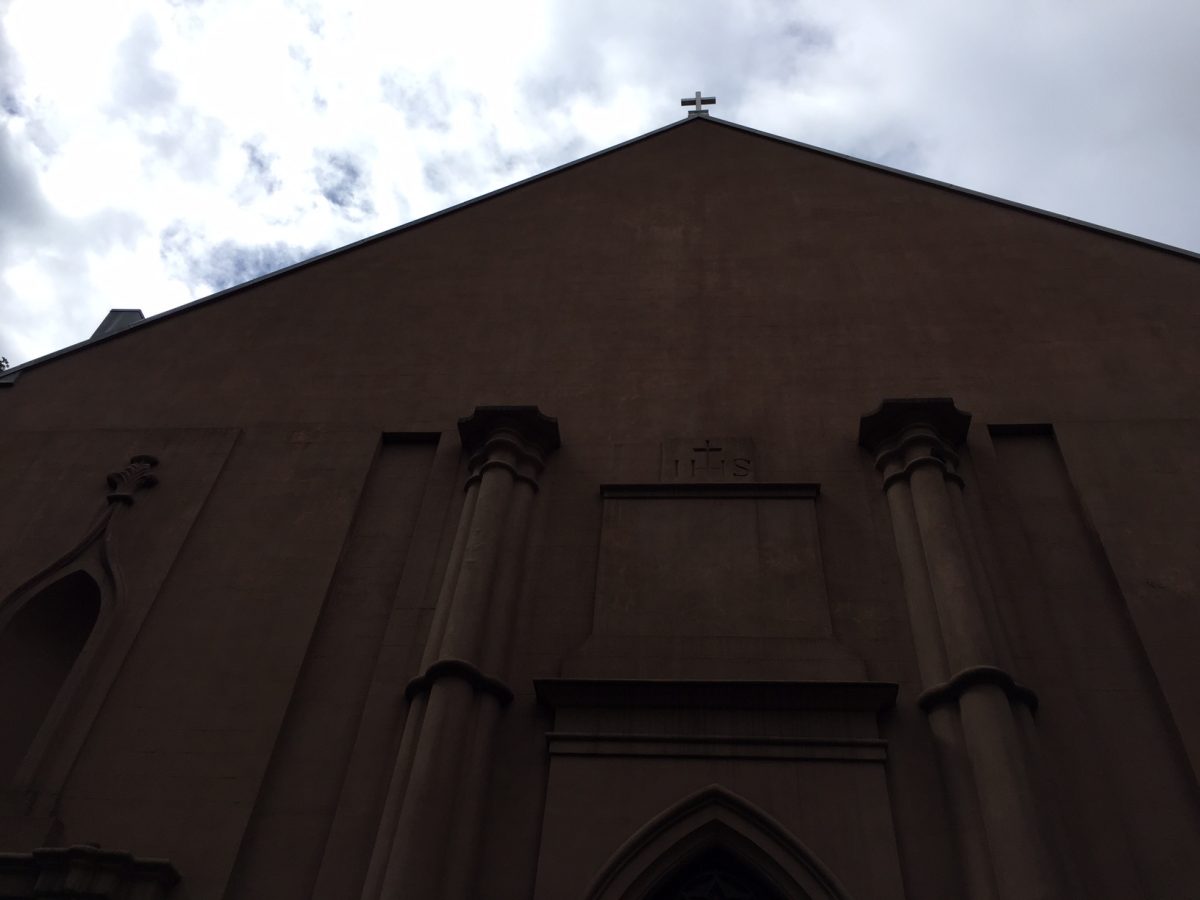 In SoHo, there sits St. Patrick’s Old Cathedral.  The building was deconsecrated as a cathedral when the new St. Patrick’s Cathedral was completed on Fifth Avenue in 1879.  Now a basilica, a site of pilgrimage in the Roman Catholic Church, the old cathedral is a distinct presence in the neighborhood.  The basilica has come into the news recently due to a sale of one of its burial plots (that can hold six) for $7 million (which the basilica will use to restore its pipe organ and other architectural items).

St. Patrick’s Old Cathedral was once the primary place of Roman Catholic worship in the city.  It was designed by Joseph-Francois Mangin, who also designed the New York City Hall, in 1815.  The cathedral had been built on an area that was formerly designated as a Roman Catholic graveyard.  St. Patrick’s Old Cathedral became a focal point for Roman Catholics in the city as their numbers increased in the 1800s, especially with large numbers of Irish immigrants arriving to the city.  In 1836, there was an incident where the cathedral was almost invaded by nativist protestants, but was repelled by worshippers at the church.  After 1879, the old cathedral functioned as a parish church to the surrounding neighborhood before it was declared a basilica in 2010 by Pope Benedict XVI.