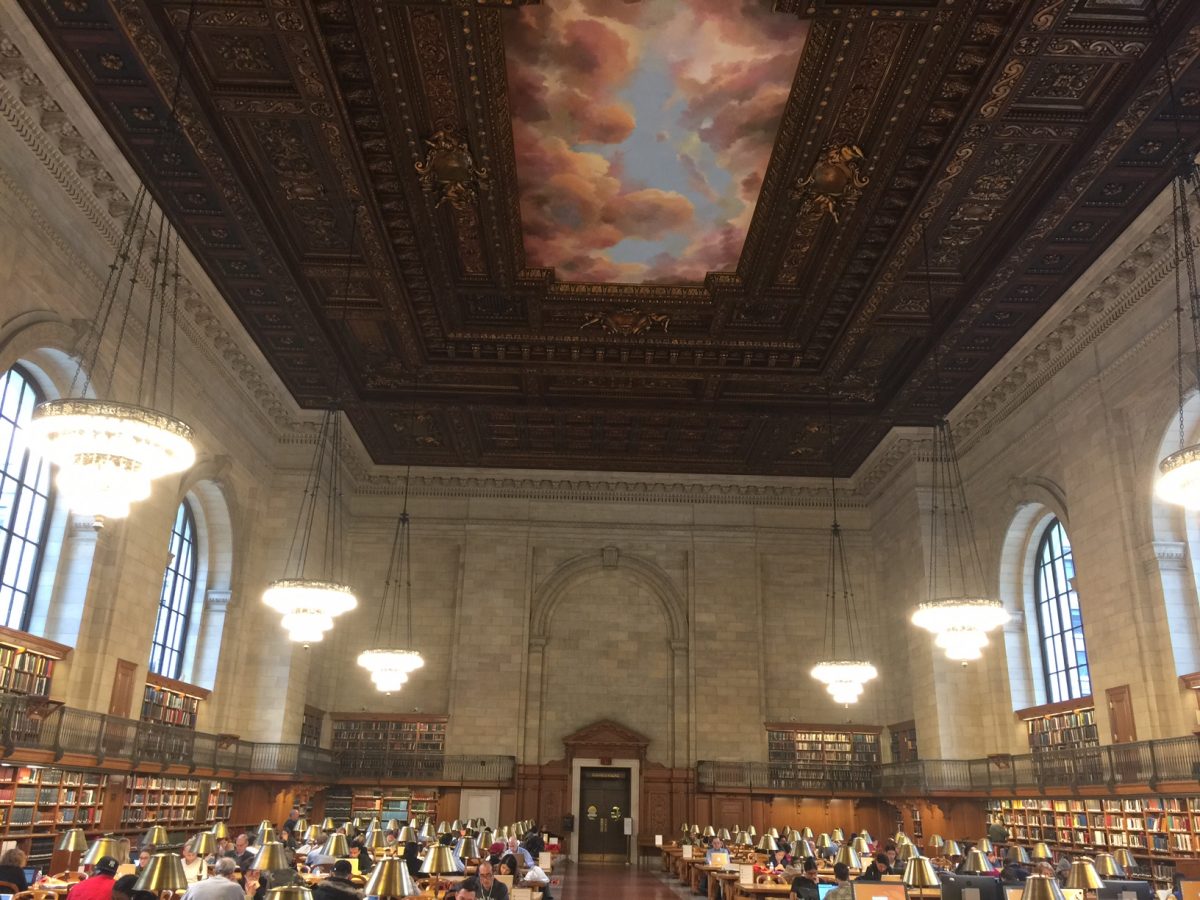 The New York Public Library (NYPL) system contains over 53 million items in its collection, making it second to only the Library of Congress in the U.S. and the largest city library system in the world. The NYPL covers the boroughs of Manhattan, Bronx, and Staten Island (both Brooklyn and Queens have independent library systems). There are 88 branch libraries in the NYPL’s coverage area—-in addition to a few research libraries.

The NYPL was founded in 1895 as the result of a merger between the Astor, Lenox, and Tilden Libraries. To house the main branch, the firm of Carrere and Hastings was commissioned to build an impressive beaux-arts structure at Fifth Avenue and 42nd Street (over the decommissioned Croton Reservoir). The structure was built between 1897 and 1911, and contains 15 million items in 646,000 square feet. The NYPL recently completed a renovation that will bring it into the next century.

The star of the show at the main branch is the Rose Reading Room, which has been depicted in numerous movies. Another famous feature of the building are the two lions: Patience (south) and Fortitude (north). The two lions were named by Mayor LaGuardia after the two virtues that he felt New Yorkers would need to survive the Great Depression.

The NYPL Main Branch houses several important items such as a Gutenberg Bible, historic maps, and a historic collection of take-out menus. The main branch also has several exhibits and artworks that are available for the public to view at no charge. These exhibits are worth the time if you have a moment to see them. The NYPL main branch is also next to Bryant Park, which offers a small green oasis in one of the more hectic sections of Midtown. The Main Branch of the NYPL can be seen on a Sights by Sam tour.