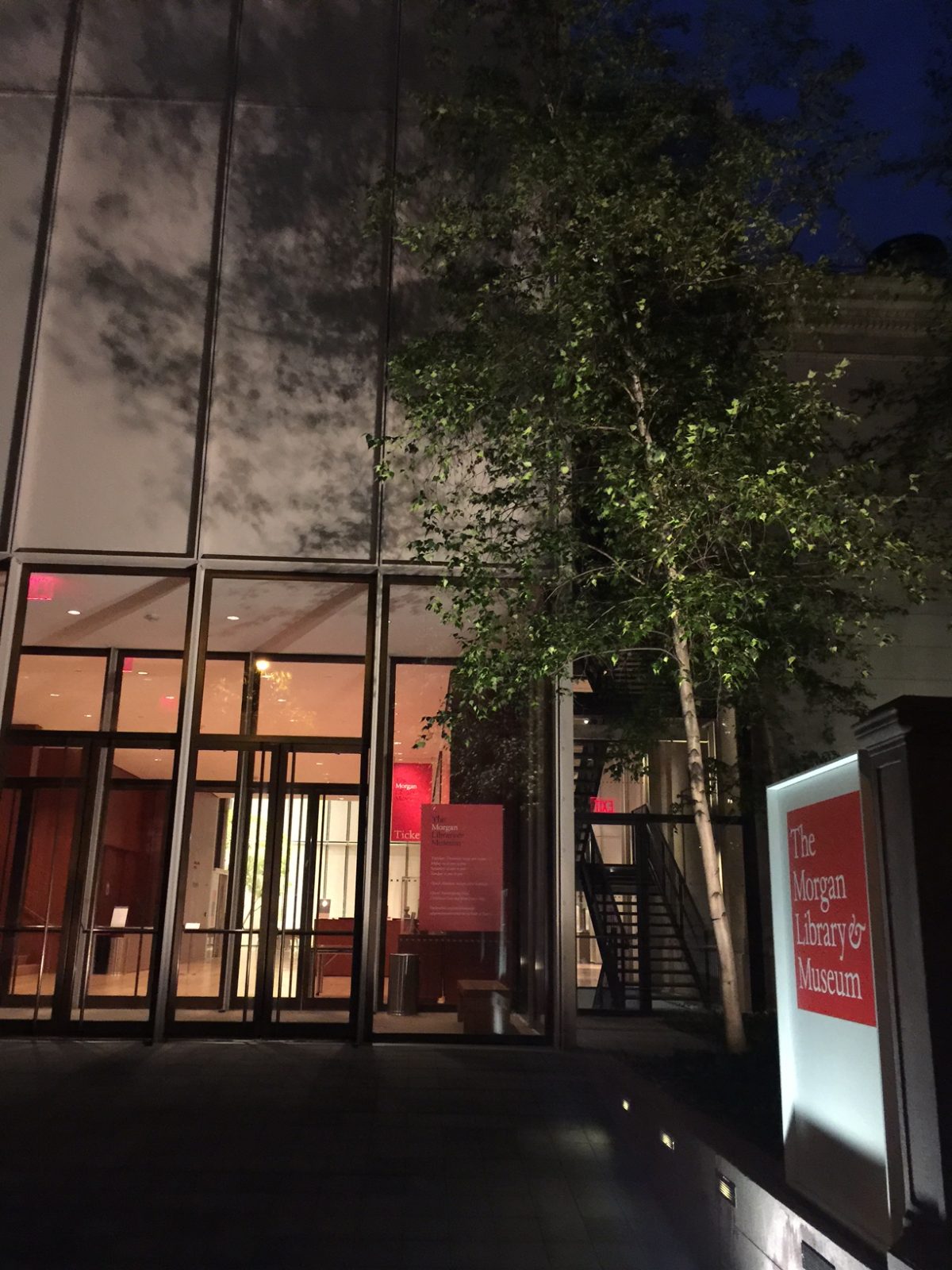 The Morgan Library was founded as the private library of wealthy financier J.P. Morgan. When Morgan was not singlehandedly bailing out the federal government before the days of the Federal Reserve Bank or managing his financial empire, he was adding to his incomparable collection of art and manuscripts. After 1924, the museum was opened to the public by J.P. Morgan’s son. The collection today encompasses several important items such as three Gutenberg Bibles (there are believed to be only 81 still in existence), a sizable collection of autographs, and original manuscripts. There is also a collection of artwork—including sumptuous decoration in the interior itself.

The building itself has an impressive pedigree as well. The original structure was designed by the firm of McKim, Mead, and White, one of the most prestigious architectural firms in the city. The library was built adjacent to Morgan’s former residence. When the collection began to get too big, an addition was made in 2006 by architect Renzo Piano. The interior and exterior have been designated landmarks by the city.

J.P. Morgan spent the equivalent of $900 million in today’s value for his collection. In addition to the great permanent collection, the museum also hosts informative temporary exhibits. A visit here is well worth it—especially if you are into medieval manuscripts (and makes a great companion to the Cloisters in Upper Manhattan). This facility is pointed out on Sights by Sam tours of Midtown.