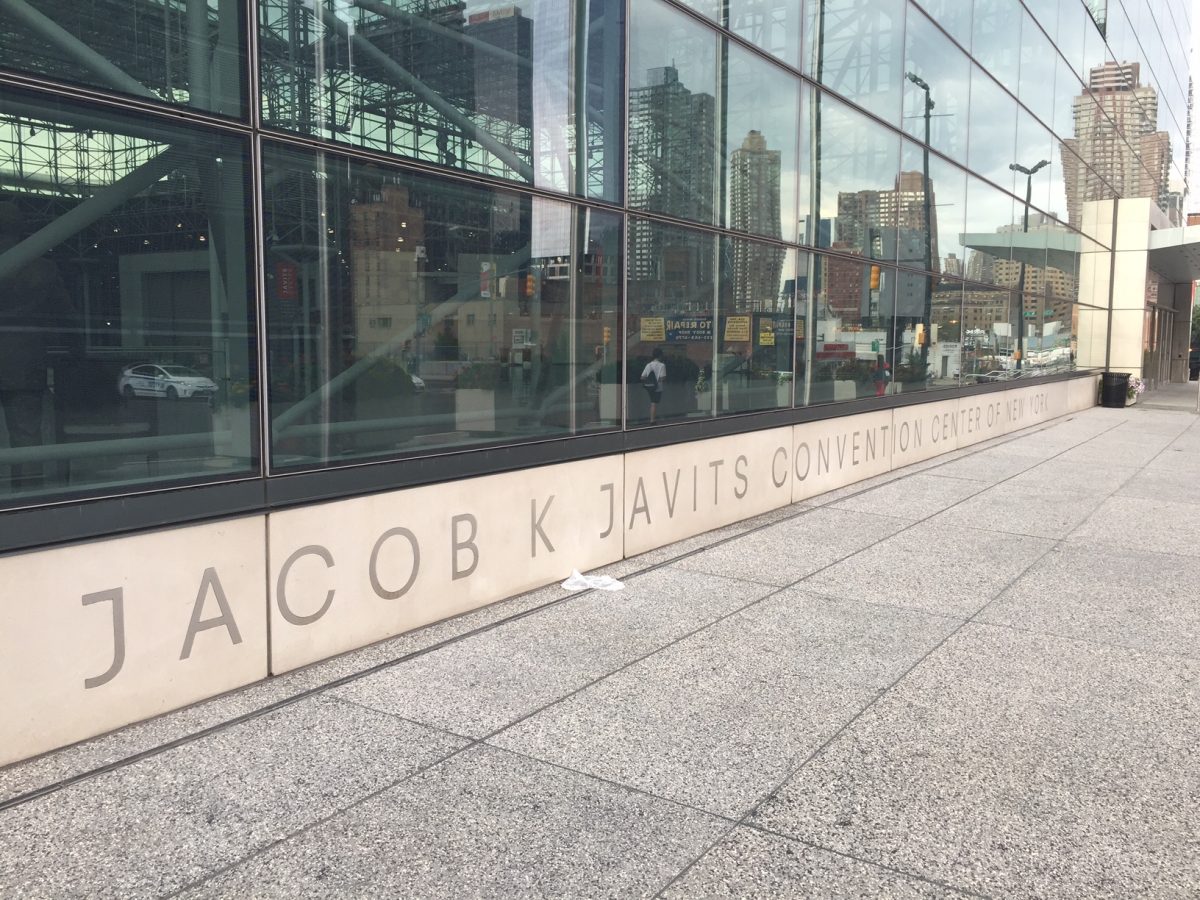 New York is a year-round destination for not only tourists, but also conventioneers. With a storied history and landmarks in every corner, the city and region are also home to a large number of headquarters and home offices of companies and other organizations. To accommodate the high volume of conventioneers who want to come to the city, the Jacob K. Javits Center (Javits Center) was constructed to handle the great number of people who come to the city for everything from trade conventions to gatherings of TV show fans.

Completed in 1986, the convention center sits on the West Side of Midtown Manhattan. It is named after the longtime New York State senator who was born in the Lower East Side and lived in the northern reaches of Manhattan later in life. The Javits Center was built in this formerly industrial area by architect I.M. Pei’s firm. The Javits Center replaces the New York Colosseum, which was where the Time Warner Center now stands. The convention center has about 1.8 million square feet of exhibition space. The center has been expanded many times over its history, most recently in the first decade of the century. There are reports that it may be expanded agaIn. While the neighborhood around the Javits Center has long been an industrial area, it will soon be near the center of the new Hudson Yards development.