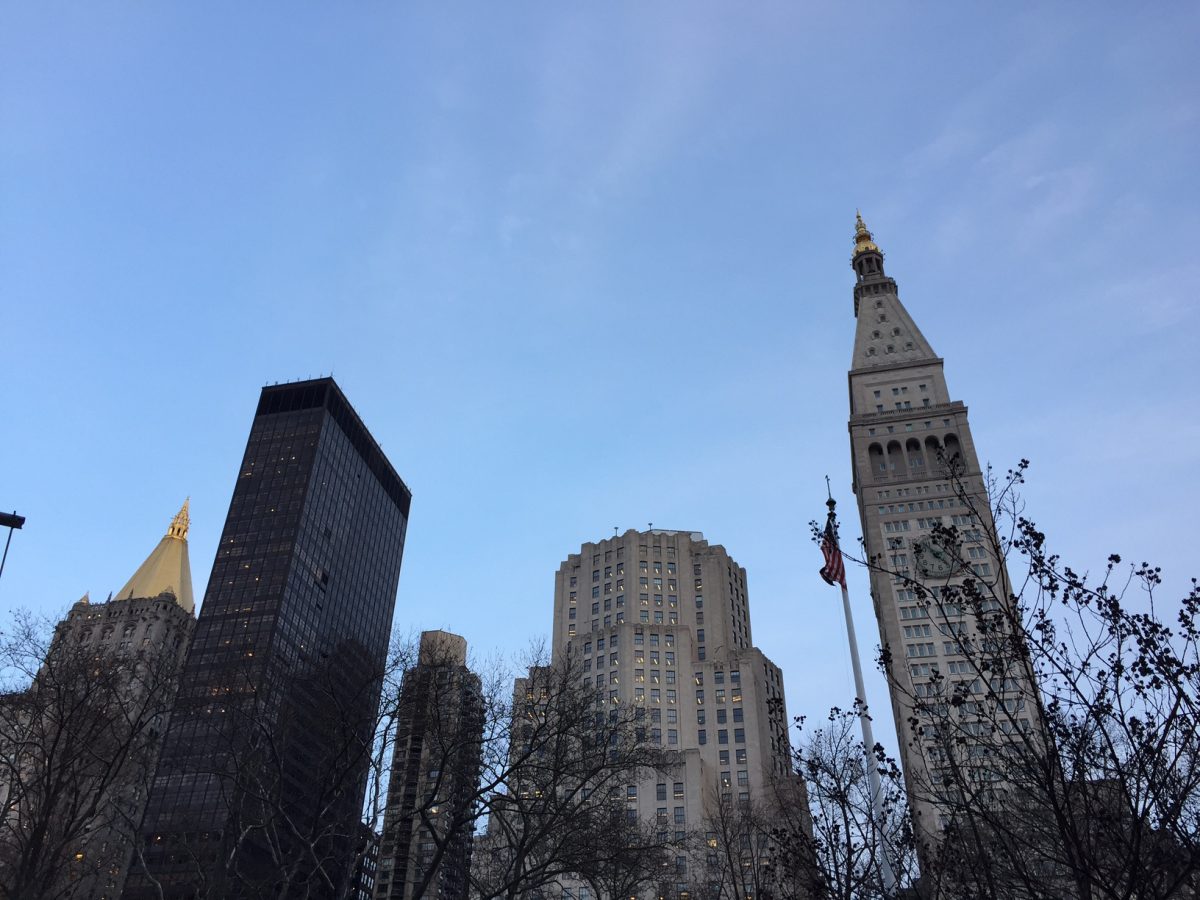 At Madison Square Park is the 700 foot Metropolitan Life Tower, that is topped by the “Light that Never Fails” (to symbolize that the company would always protect its customers). To the north of this landmark is the stub of what was to be the world’s tallest tower.

In the late 1920s, Metropolitan Life sought to construct an annex to their headquarters that would have been the tallest building in the world. Harvey Wiley Corbett was the lead architect on this project, which would have built a 100-story Art Deco tower—among the tallest in the world. Construction started in 1928, but the building was far from complete by the time the stock market crashed in 1929. Work was stalled until the early 1950s, when Metropolitan Life decided to halt construction at its current height of 451’ and 28 stories.

For many years, the building was used as archives for Metropolitan Life and was also used as a location for many films due to its eclectic style. It now houses offices. This building can be seen on a Sights by Sam tour.