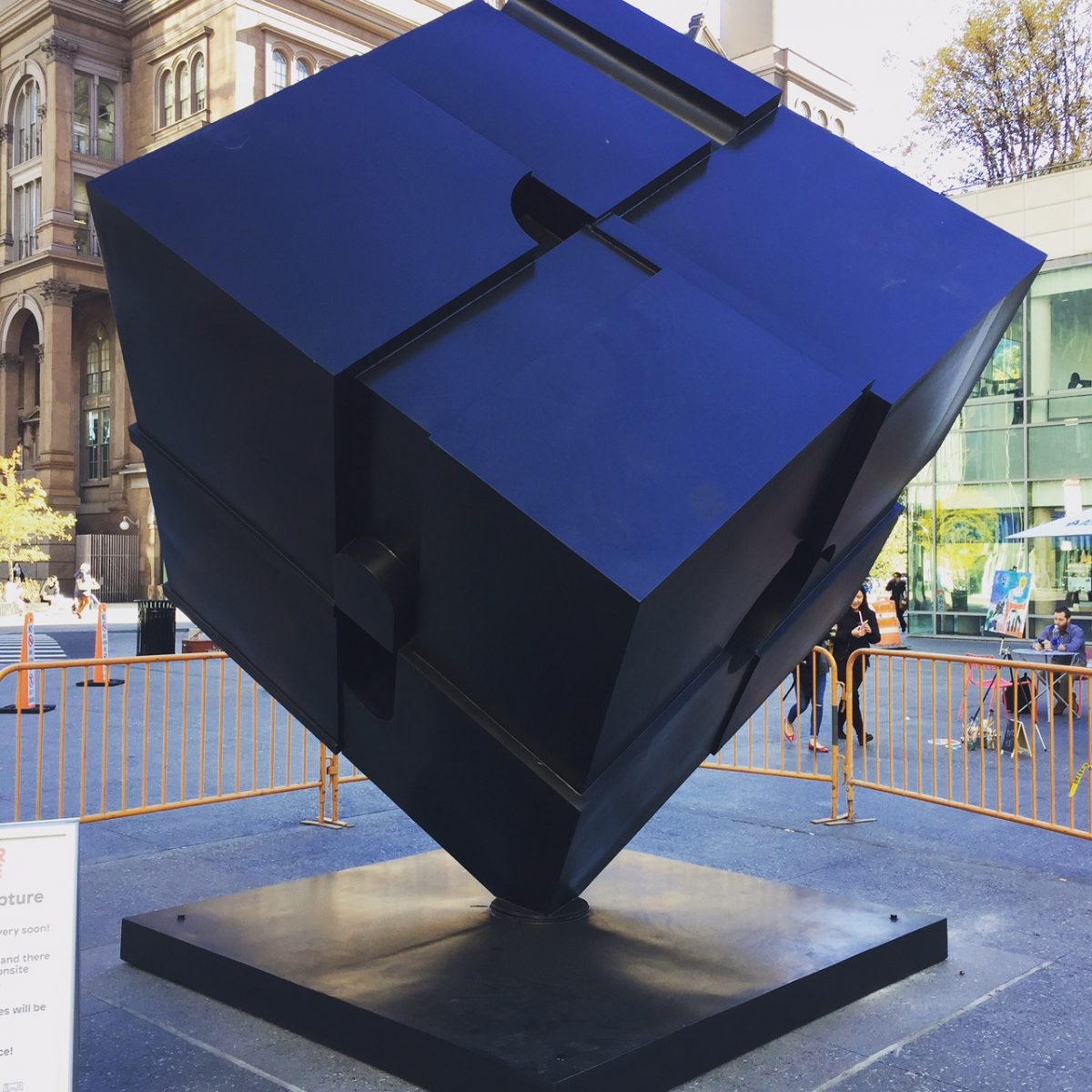 At the confluence of Eighth Street, Lafayette Street and Fourth Avenue in the East Village is Astor Place.  The plaza forms the divide between Lower Manhattan and Midtown Manhattan (specifically between the East Village, Chelsea, and Union Square).  This plaza is also the site of one of the most recognizable pieces of artwork in the city in addition to the site of one of the bloodiest nights in city history.

Astor Place was named after the Astor Family, specifically John Jacob Astor, fur trapper and real estate magnate.  Astor, being of German descent, was considered “new money” in the 1800s and not allowed to partake in some of the city’s high society circles—dominated by wealthy Dutch and English-descended families.  This did not stop him from developing many areas of the city, which included a high-end residential area at Astor Place.  After Astor’s death, an opera house was built at Astor Place in 1847.  In 1849, there was a riot over the choice of if an American or British actor would play the lead in Macbeth.  This riot led to the opera house being called “Dis-Astor Place” by the newspapers and forcing the venue to close the same year.

One of the most distinctive features of Astor Place today (aside from the Kmart and the very stylish 1904-vintage subway canopy) is the cube-shaped scultpure.  Entitled The Alamo, this cube shaped structure was designed by University of Michigan artist Tony Rosenthal.  The sculpture weighs almost one ton and is made of corrosion-resistant steel.  The cube was previously on a platform which allowed it to turn and pivot, but this feature has since been removed.  It was recently restored in late 2016.  This is the type of information you will learn on a Sights by Sam tour.