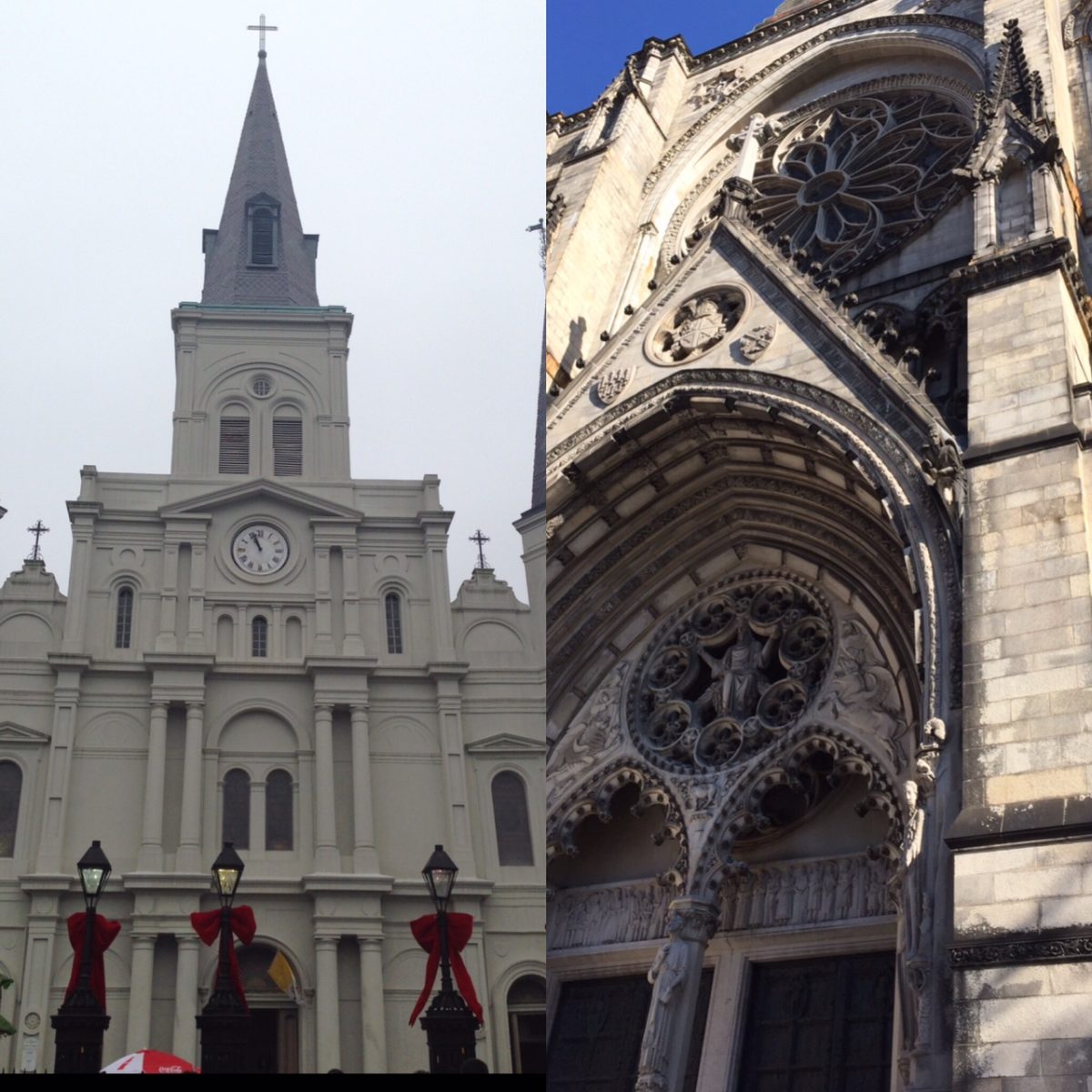 The Big Easy and the Big Apple are both important cities and vacation destinations.  Aside from their similar nicknames and that they have “new” in their names, there are other similarities between these two great cities.

New Orleans and New York are both the result of European powers (the French in Louisiana and the Dutch in what would become New York) looking to profit commercially in North America.  Both New Orleans and New York owe their founding and survival to their location as ports near great rivers: the Mississippi and the Hudson Rivers.  The coastal location near oceans has made them great ports in the U.S. (the first and third largest, respectively).  This coastal location has unfortunately made them susceptible to devastating hurricanes in recent years given their dense populations.

Culturally, there is some similarity between the cities as well: both New Orleans and New York are centers of African American culture and music—notably important areas in jazz music.  Both cities are also fervent about their sports teams.  While New Orleans is known for its Mardi Gras carnival, New York is also famous for its annual West Indian Labor Day parade, which has a carnival-like atmosphere.  The cities also each attract writers, who have written about the highs and lows of city life in the Deep South and in the concrete jungle.  Even in death, both cities are home to spectacularly-designed cemeteries that are tourist attractions in their own right.

Not surprisingly, New Orleans and New York are both on the top of leisure destinations for visitors domestically and internationally.  While there are the noticeable climactic differences between these cities, their commonalities are indeed more than superficial.  This is the type of information you will learn on a Sights by Sam tour.