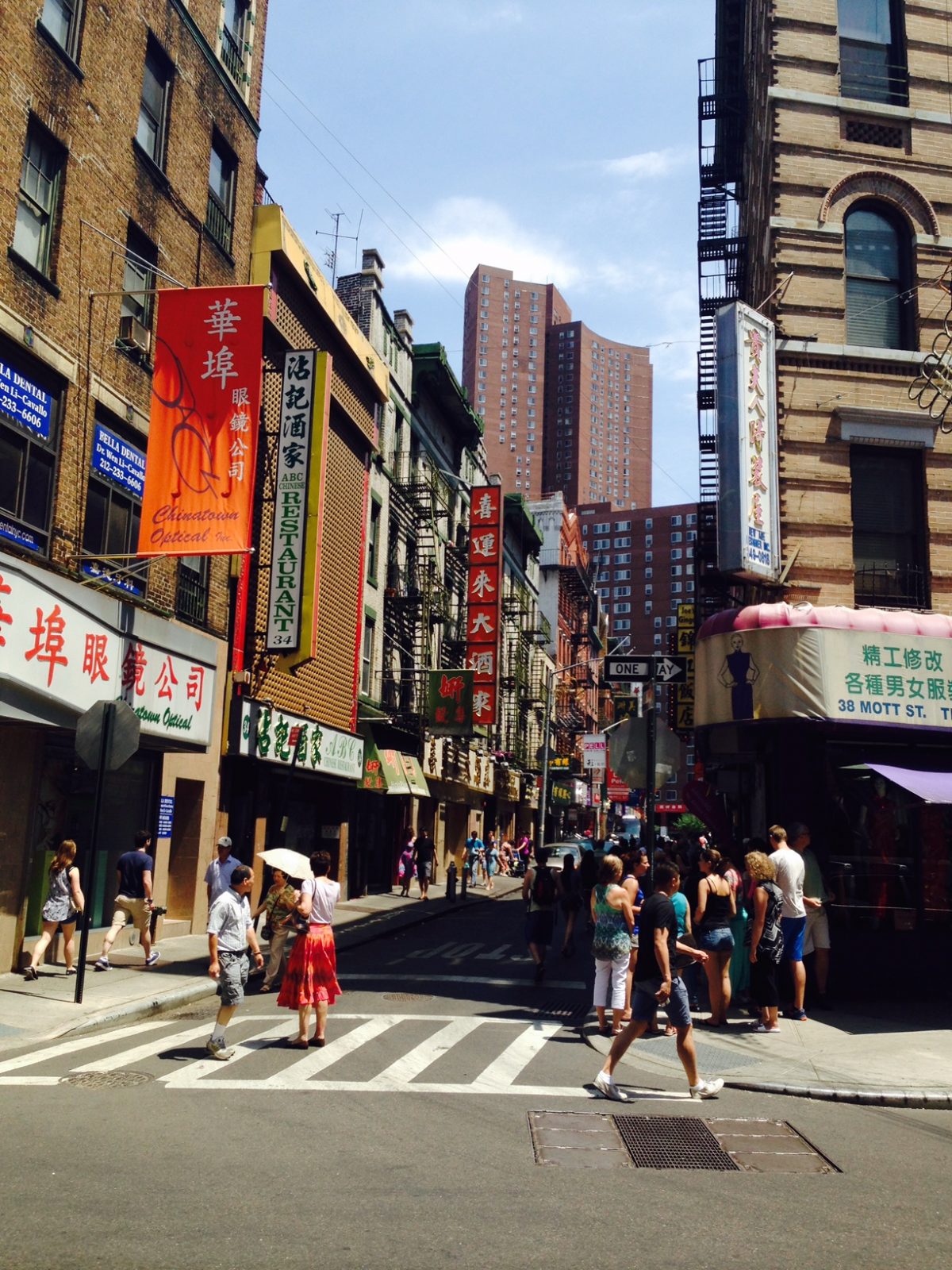 Situated between the Civic Center and the Lower East Side is Chinatown, one of the defining neighborhoods of Manhattan.  Up to 100,000 people, including recent immigrants and families that have lived in this part of Manhattan for over a century, all crowd into this area.  Chinatown remains one of the most vibrant neighborhoods in terms of sights, smells, and tastes (some of the best restaurants in town are located here).

It is believed that Chinese arrived in New York right before the Civil War and settled in the immediate area around Pell and Doyers Street.  As more Chinese (soldiers and laborers) came to New York, discrimination against them increased.  Chinese men (it was mostly men who immigrated) often joined secret societies (tongs) that often warred against each other.  It is believed that conflict between tongs using hatchet men (hatchets were the weapon of choice) led to Doyers Street in Chinatown becoming the scene of the most murders of any spot in the city.  After immigration reform in 1965, the population of Chinatown exploded and the neighborhood expanded its boundaries.  Owing to the original arrivals and more recent arrivals from Hong Kong, Cantonese is the dominant language in Chinatown—but this is slowly changing as the most recent immigrants arrive speaking Mandarin.  The Chinese population in New York now numbers close to one million and counts Flushing in Queens and a Brooklyn Chinatown with Manhattan Chinatown (all linked together by bus companies serving the three locations).

One of the favorite pastimes of Chinatown for visitors is the food.  There are many opportunities to get snacks such as candy, Chinese baked goods, bubble tea, dim sum, or a full-course Peking duck meal.  In terms of more historic sites, Columbus Park (the last surviving part of the old Five Points), numerous temples, and the Museum of the Chinese in America are all available.

Chinatown, for its vibrancy, history, and great food, should be on the must-see list for any visitor to New York.  You are able to see Chinatown on most Sights by Sam tours of Lower Manhattan.