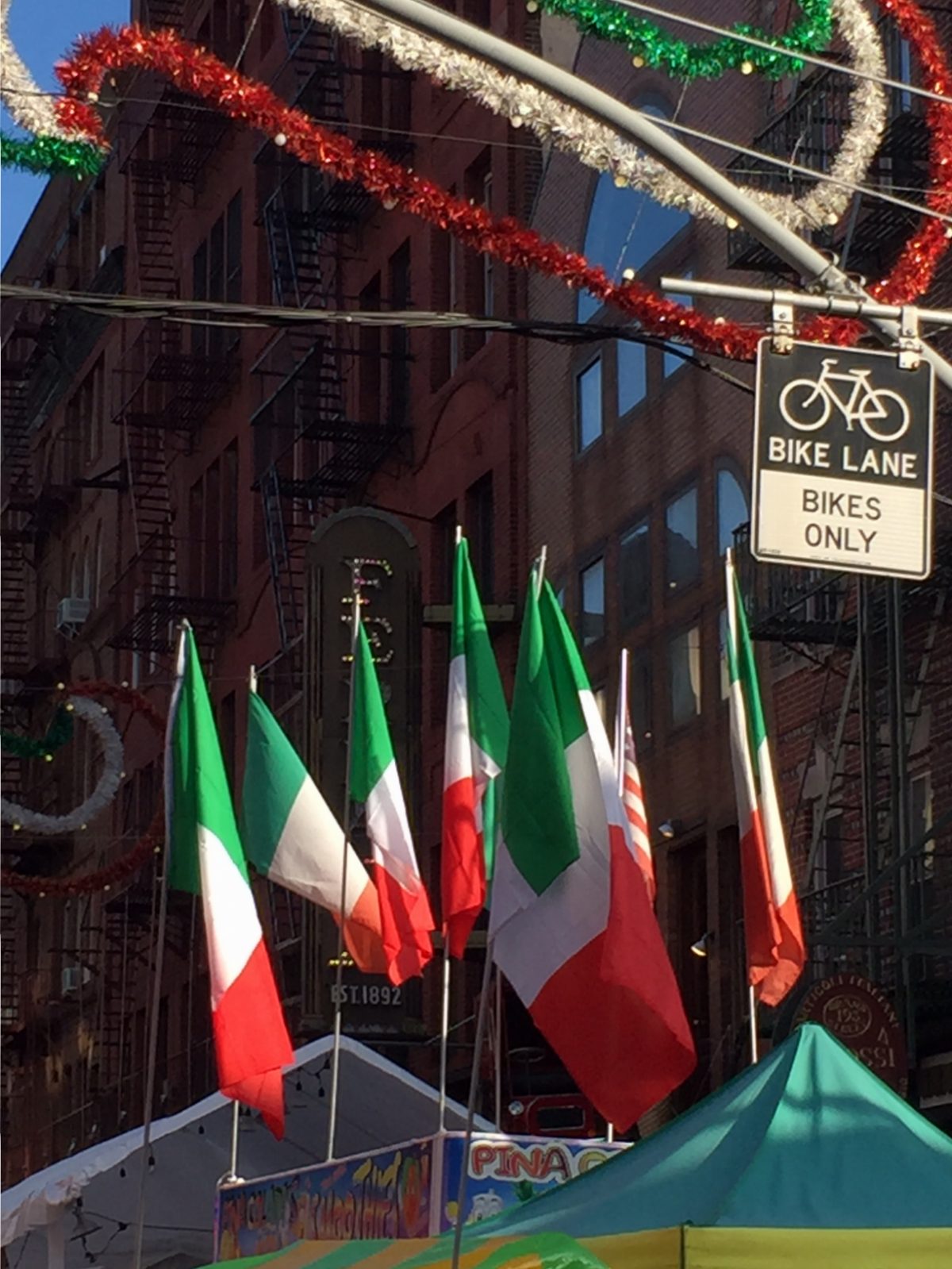 Since the arrival of many Italian immigrants in the 1800s, Italian-Americans have been one of the most important groups in the city—with many famous people in the city—such as mayors and athletes among them.  Although today most Italian Americans in the city live in the Bronx, Brooklyn, and Staten Island, the center of the Italian universe in New York was once Little Italy in Lower Manhattan.

Italians started coming to New York in the mid and  late 1800s in large numbers.  Many were fleeing from the wars of Italian unification and hard economic times in Southern Italy (Naples, Calabria, and Sicily) to find safety and jobs in the U.S.  Many Italians settled in Lower Manhattan from south of Canal Street to Houston Street.  At one point, there were tens of thousands of Italians in this area.  Italian-American businesses such as restaurants, bakeries, and banks proliferated in the area.  New arrivals to the neighborhood slowed to a trickle after the federal Immigration and Nationality Act of 1924 (repealed in the 1960s) put strict quotas on the number of immigrants from Southern and Eastern Europe into the U.S.

As Italian Americans became more integrated with the larger society, people in the neighborhood became more upwardly mobile and left.  This occurred at the same time as the Chinese population began to rapidly expand, with Chinese and Chinese-Americans moving into the area known as Little Italy.  Although the population of Italian Americans is now less than 1200 in the area, it is still famous as a center for Italian life in the city, hosting many famous restaurants and the annual Festival of San Gennaro (the patron saint of Naples, Italy).  You can see Little Italy today on the “Lost in the Lower East Side” tour from Sights by Sam.