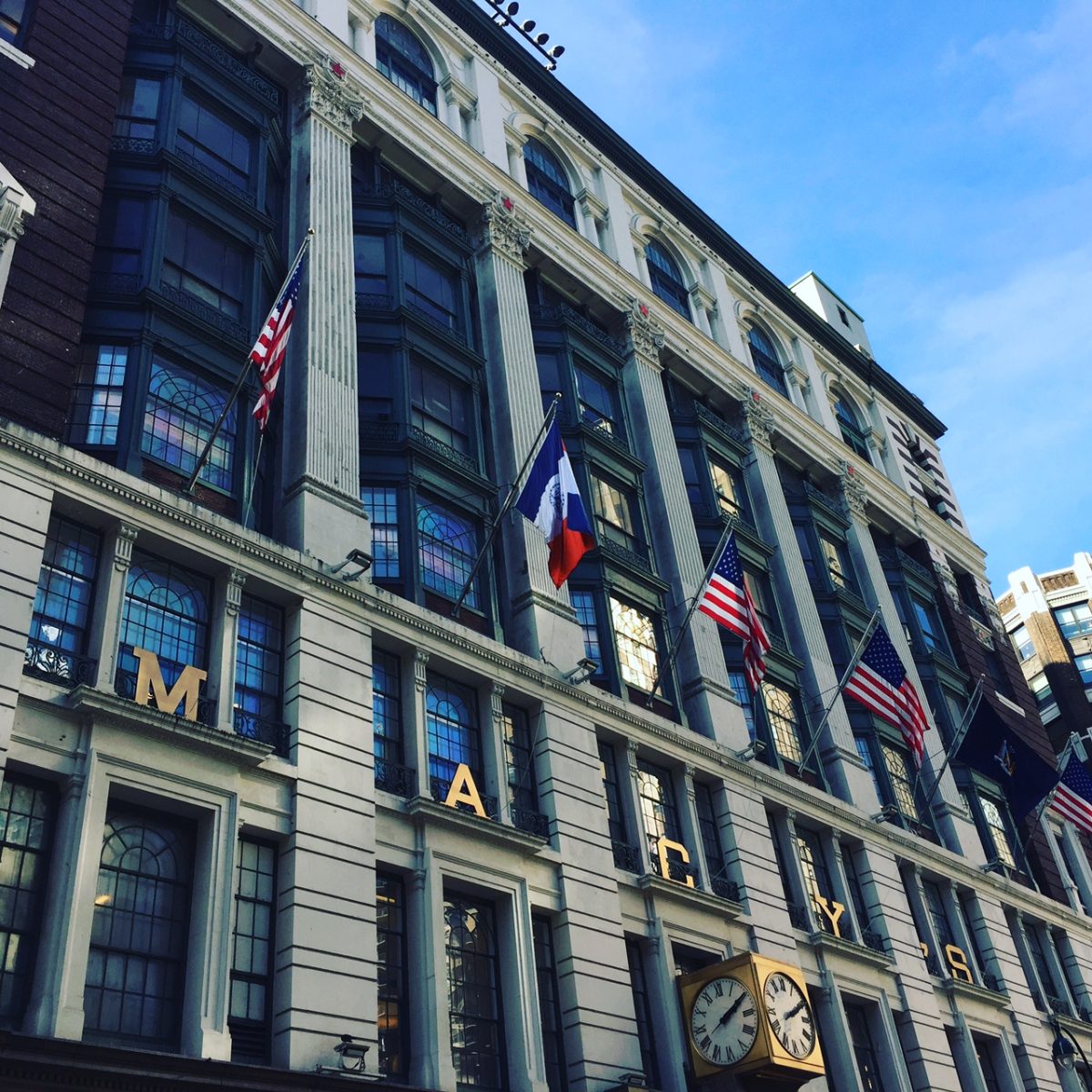 With the holiday shopping season in full swing, New York is a premier destination for many shoppers—some who plan trips just to come into the city at this time of the year to shop at many department stores and specialty shops.  New York has been at the forefront of American shopping since the 1800s.

As a major port, New York has naturally been a center for people buying and selling goods.  In the late 1800s, a shopping district nicknamed the “Ladies Mile,” which contained several large shops, sprouted up between Union and Madison Squares.  This time period also witnessed the creation of department stores—the first being A. T.  Stewart and Company in 1848, which separated goods into different departments of the store and had fixed prices for all merchandise (eliminating haggling).  Other department stores such as B. Altman’s, Gimbel’s, Lord and Taylor, and Macy’s would also start in the following years.  As New York solidified its position as the largest city in the U.S. after 1898, many national chains would locate flagship stores in the city.

In the modern era, shopping in person has been supplanted by online shopping and brings up images of Black Friday at malls and shopping centers across the country, but New York remains famous as a destination for consumers to buy goods.  In addition to many great shops, many of the flagship stores along Fifth Avenue and Madison Avenue have Christmas and holiday displays that are annual works of art.  This is the type of information you will learn on a Sights by Sam tour—in addition to my Christmas and Holiday Tour, which can be booked at sightsbysam.com.