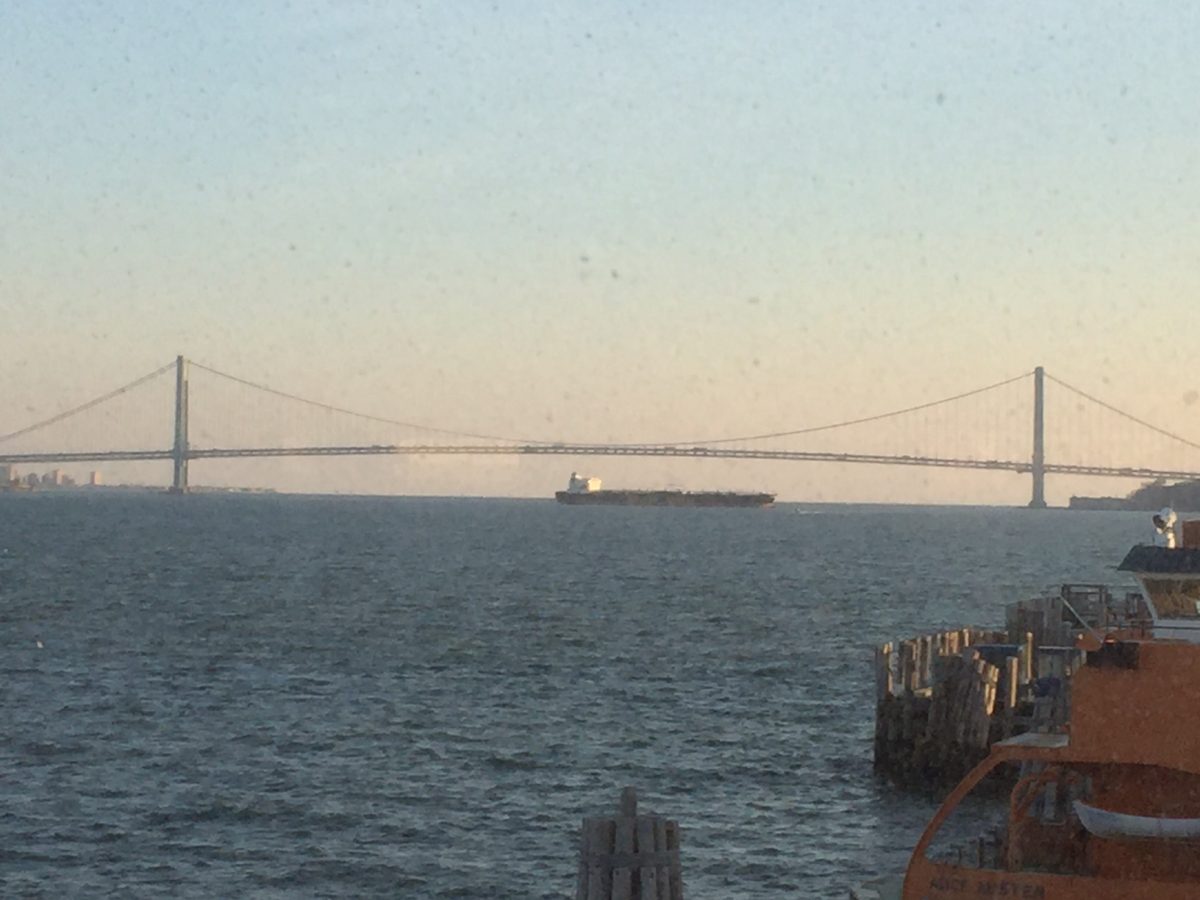 Connecting the boroughs of Brooklyn and Staten Island, the Verrazano-Narrows Bridge spans 13,700 total feet (with a main span of 4260 feet) and is one of the longest suspension bridges in the United States and in the world. The bridge is instrumental in connecting the two boroughs, forming a major transportation corridor between the mainland U.S. and Long Island, as well as leading to the development of Staten Island.

The bridge was completed in 1964 after five years of construction. It was designed by Othmar Ammann, who also designed the George Washington Bridge and the Bayonne Bridge, among others. The bridge gained its hyphenated name due to lobbying by Italian-American citizens to name the structure after famous explorer Giovanni da Verrazano, who discovered New York Harbor in 1524 and crossed through the Narrows with his ship. It sees nearly 200,000 vehicles crossing it per day and remains popular with truckers—who do not pay the toll that people traveling west on the bridge do as they leave the city via one of the Manhattan crossings into New Jersey.

The Verazzano-Narrows Bridge is indeed an engineering marvel. The towers of the bridge are not exactly parallel to each other as they had to account for the curvature of the Earth as the bridge was so long. Its construction helped lead to a population boom on Staten Island, from slightly over 220,000 in 1960 to nearly 475,000 today. This is the type of information you will learn on a Sights by Sam tour.