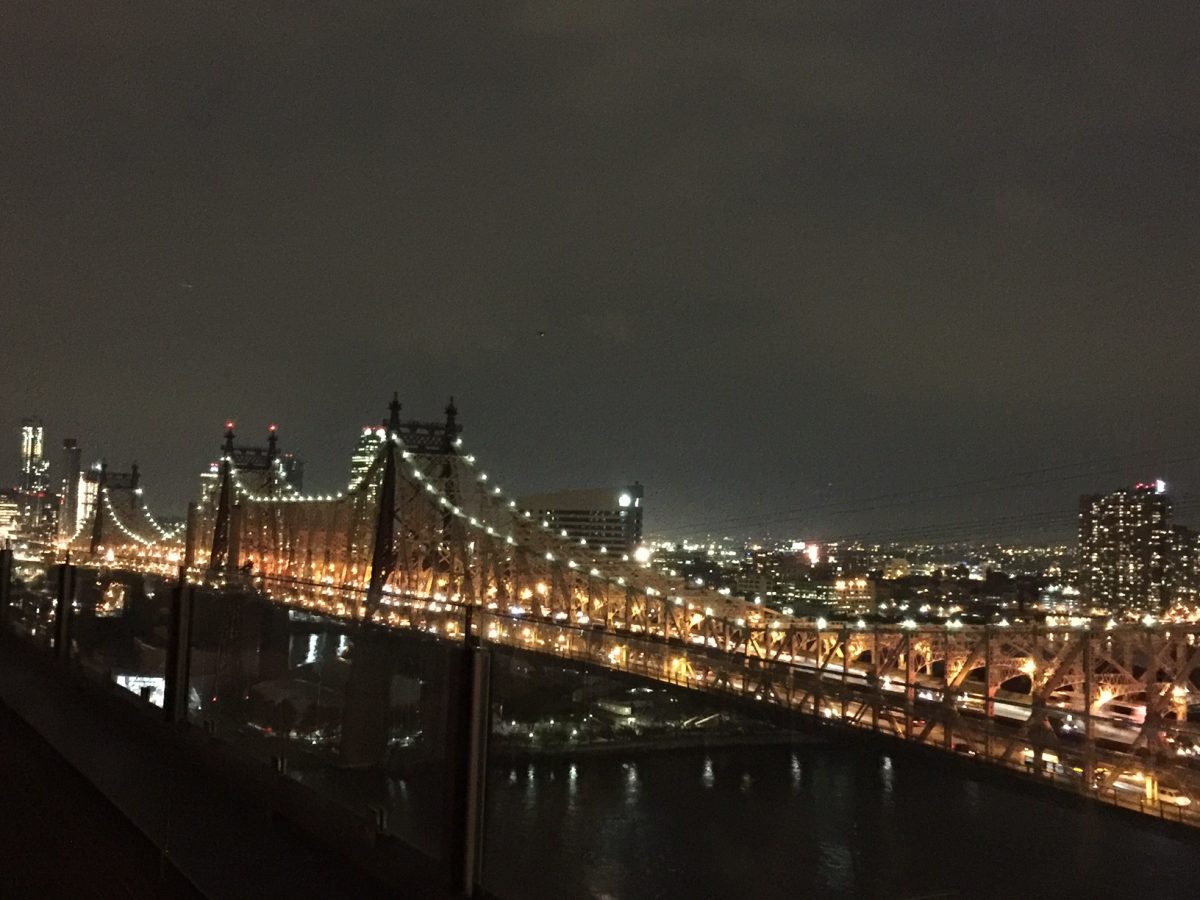 Built in 1909, the Queensboro Bridge (also called the 59th Street Bridge or the Ed Koch Bridge) spans the East River and connects Queens with Manhattan. The bridge was the third across the East River and designed by Gustav Lindenthal, with collaboration by Henry Hornbostel and Leffert Buck, who designed the Williamsburg Bridge. The Manhattan approach to the bridge has space under it done up in Guastavino tiling.

The Queensboro Bridge is over 3700 feet long and is distinctive as it is a cantilever bridge. It connects two formerly industrial areas—the East River frontage of Manhattan and Long Island City in Queens. The bridge also has anchorages on Roosevelt Island. Between 1930 and 1955, an elevator existed midway on the bridge to allow streetcar passengers to access Roosevelt Island (streetcars would stop midway on the bridge to pick up and drop off passengers who would then access the island this way). Like other bridges in New York, this bridge suffered from decay, but was restored between the late 1980s and 2000s. It was named after former Mayor of New York Ed Koch in 2010.

Today, over 170,000 vehicles use the nine lanes of traffic on this bridge to pass between the two boroughs daily. As there is no toll for this bridge, its traffic volume is considerable. It is believed (though unsubstantiated) that one of the first indoor baseball games took place under the Manhattan end of the bridge in the 1910s using the Queensboro Bridge as a “roof.”This is the type of information you will learn on a Sights by Sam tour.