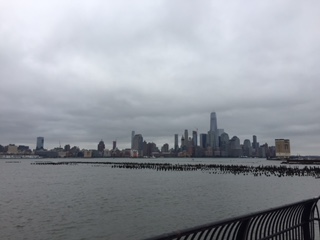 As the largest city in the country, New York is the home of millions of residents.  While the city is known for having the most living souls in the USA, there are many lost souls and undead residents that are supposedly left in the city.  New York is littered with locations that have been the alleged sites of hauntings and paranormal activity.  In the spirit of Halloween, this blog will conduct a quick survey of haunted locations in the city.

As a major port into the Eastern United States, New York has been the collection point for ships and cargo since the Colonial and Antebellum Eras.  The city is full of spooky stories regarding shipping.  There are unconfirmed reports of women in colonial dress waiting for their husbands or ships that never arrived to the city in Lower Manhattan.  They are often found in the dead of night near former East River docks.  The Merchants House Museum (which is shown on the Sights by Sam “Around the Villages” tour) is the site of a haunting by the ghost of Gertrude Tredwell, who was an unmarried daughter of Seabury Treadwell.  Another ghost sighting from the Colonial Era is that of the final Dutch governor of New Amsterdam, Peter Stuyvesant.  It is said that Stuyvesant’s ghost walks around the St. Mark’s Church-in-the-Bowery, which was constructed over his estate, as well as his tomb.

Ghosts are not limited to the Colonial Era.  Ghost trains (and their frantic passengers) have been reported by perplexed workers at Grand Central Terminal and by repairmen on the Hell Gate Bridge.  Some famous specters such as Dylan Thomas have been sighted stealing drinks at the White Horse Tavern in Greenwich Village while the girlfriend of Sid Vicious (Nancy Spungen) is thought never to have left the room at the Hotel Chelsea in which she was murdered.  Additionally, the original proprietors of theaters such as the Belasco and Radio City Music Hall are thought never to have left.

Although not the sight of any occult happenings, the annual Village Halloween Parade has occurred for the last 44 years up Sixth Avenue.  At this event every October 31st, New Yorkers dress in their scariest costumes.  Admission is free and any New Yorker in costume can march in the parade.  To arrange a tour of haunted sites (or anything within New York), please contact Sights by Sam for a scary-good tour at +1 (917) 242-8421 or sightsbysam.com.