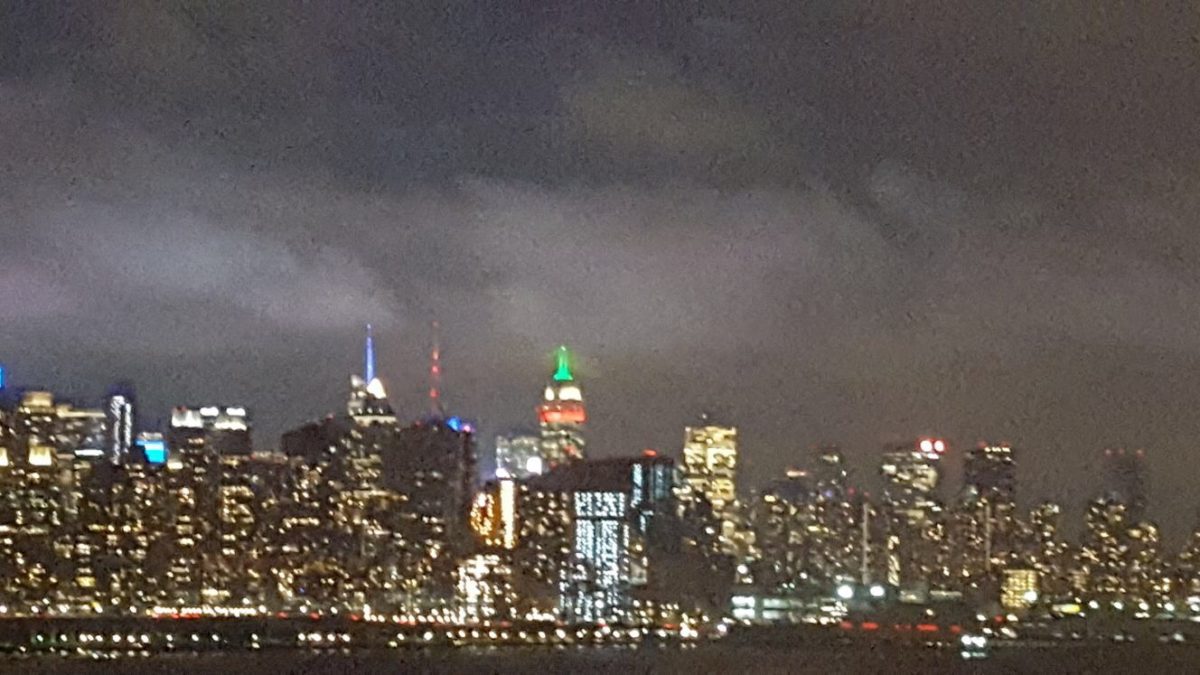 Aside from Las Vegas and Tokyo, New York is probably the most famous city that is flooded with electric lighting.  The lighting comes in many colors, illuminates homes and businesses at affordable prices, and gives the city its “city that never sleeps” reputation.  Electric lighting has had one of the most profound effects on the evolution of the metropolis.  Its history is quite interesting and made New York what it is today.

Electric power was invented in the early 1800s and had sporadic demonstrations through most of that century.  Supposedly on the same day as Edison’s light bulb made the newspapers, the display of an electric streetlight was made in Lower Manhattan by the Electo-Dynamic Light Company, a company formed by a man from Brooklyn and a man from Manhattan, according to the New York Times.  The technology became viable in the 1870s when Thomas Edison patented a Direct Current transmission system.  After conflicts between rival power formats, Westinghouse and its AC/DC hybrid system won out against Edison’s DC system.  Once the technology became commercially successful, electric lights and signs started popping up all over New York—leading to Broadway becoming the “Great White Way” by the 1890s.  Theaters also replaced gaslights with electric lighting, removing the threat of fire and also noxious gas building up in enclosed spaces. This coincided with the city replacing gas lamps with electric lights in most parts of the city.  In the coming decades,  electric lighting systems would be added to buildings.  By World War II, neon signs and fluorescent lighting (first shown in the 1939 World’s Fair in Queens) would become commonplace.  Electricity also helped to power the subway system, leading to the end of soot-belching elevated train locomotives and providing clean power to the transit system.

As the need for electricity grew, the city developed a vast electric power grid that stretches deep into Upstate New York.  While many facilities inside and outside of the city were originally powered by coal, the region now receives its power through nuclear, natural gas, and hydroelectric power.  Thousands of miles of power cables snake through the city and the metropolitan area.  Consolidated Edison is the city’s main electric utility, providing electricity to consumers over a 660 square mile service area.  According to the New York Times, the peak load on the grid is at evening rush hour when commuters are going home and students return from school and power up computers, video game consoles, and charge cell phones.  Because of the demand for maintaining infrastructure in the city and very strict New York State regulations on electricity generation, residents of the city pay some of the highest electric bills in the country.

Some of the most famous places to see electric lights in the city are at Times Square (where city ordinance mandates the placement of electric billboards), the tops of tall buildings (including the Empire State Building, One Bryant Park, and Four Times Square), and through Koreatown in Manhattan.  Pell Street in Manhattan Chinatown and Flushing, Queens are also great locations to see lights (and get great food).  Building on the success of the subway being powered by electricity, the MTA is powering many new buses by electric-hybrid engines and many city vehicles are gradually becoming battery powered.  Electric lights can be seen in their blazing glory on the legendary “Nighttime Manhattan-Crowned Heads” tour with Sights by Sam.