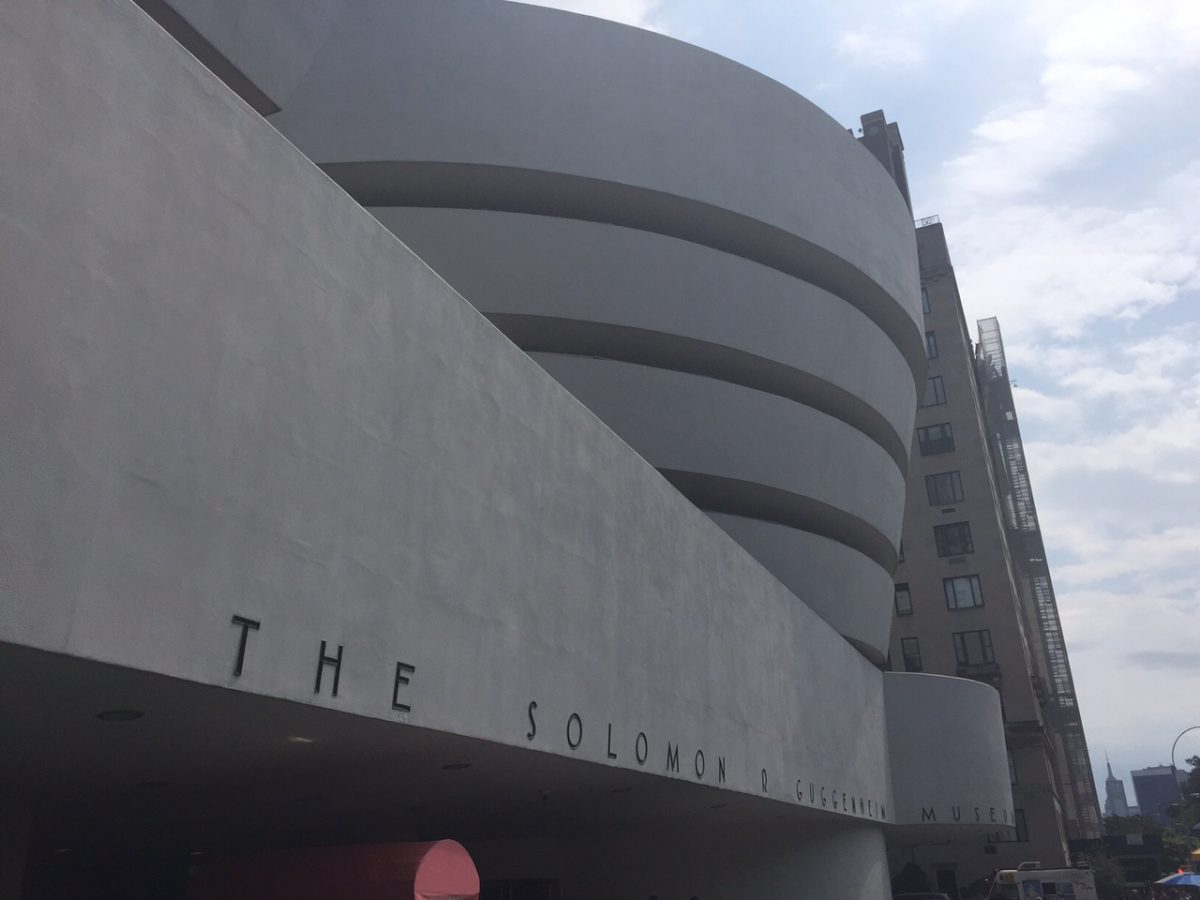 Officially named the Solomon R. Guggenheim Museum, this modern art museum’s building is just as controversial as the art contained inside.  The building has been likened to an alien spacecraft, a toilet, and many other things.

Solomon R. Guggenheim was a mining magnate from Pennsylvania who turned to collecting art.  Later in life, he started collecting abstract (“non-objective”) art.  He founded a foundation to further the appreciation of abstract art in 1937, but his collection had grown to the point where he needed a museum to house it.  Renowned architect Frank Lloyd Wright was commissioned to design the museum on the tony Upper East Side (in the “Museum Mile” District).  The museum building was opened in 1959, however both Wright and Guggenheim did not live to see the final structure completed.

Special exhibits in the museum are often displayed in the circular gallery while the permanent collection is in an addition to the original building.  Although the intent was to have guests take an elevator up to the top and walk down, the limited elevator capacity makes this difficult.

The building is indeed as abstract as the work displayed within.  Every time I walk through the complex, it is as though I am in some past version of what people thought the future would look like.  The museum is a sight to behold—if only for the fact that it is one of Frank Lloyd Wright’s last buildings and one of his only commissions in New York City.

One of the reasons the museum was sited at its location was because of its proximity to Central Park.  Although the classically-designed park contrasts sharply with the modern architecture of the museum, it is an interesting contrast and a way to experience a small piece of Central Park.  This is the type of information you will learn on a Sights by Sam tour.