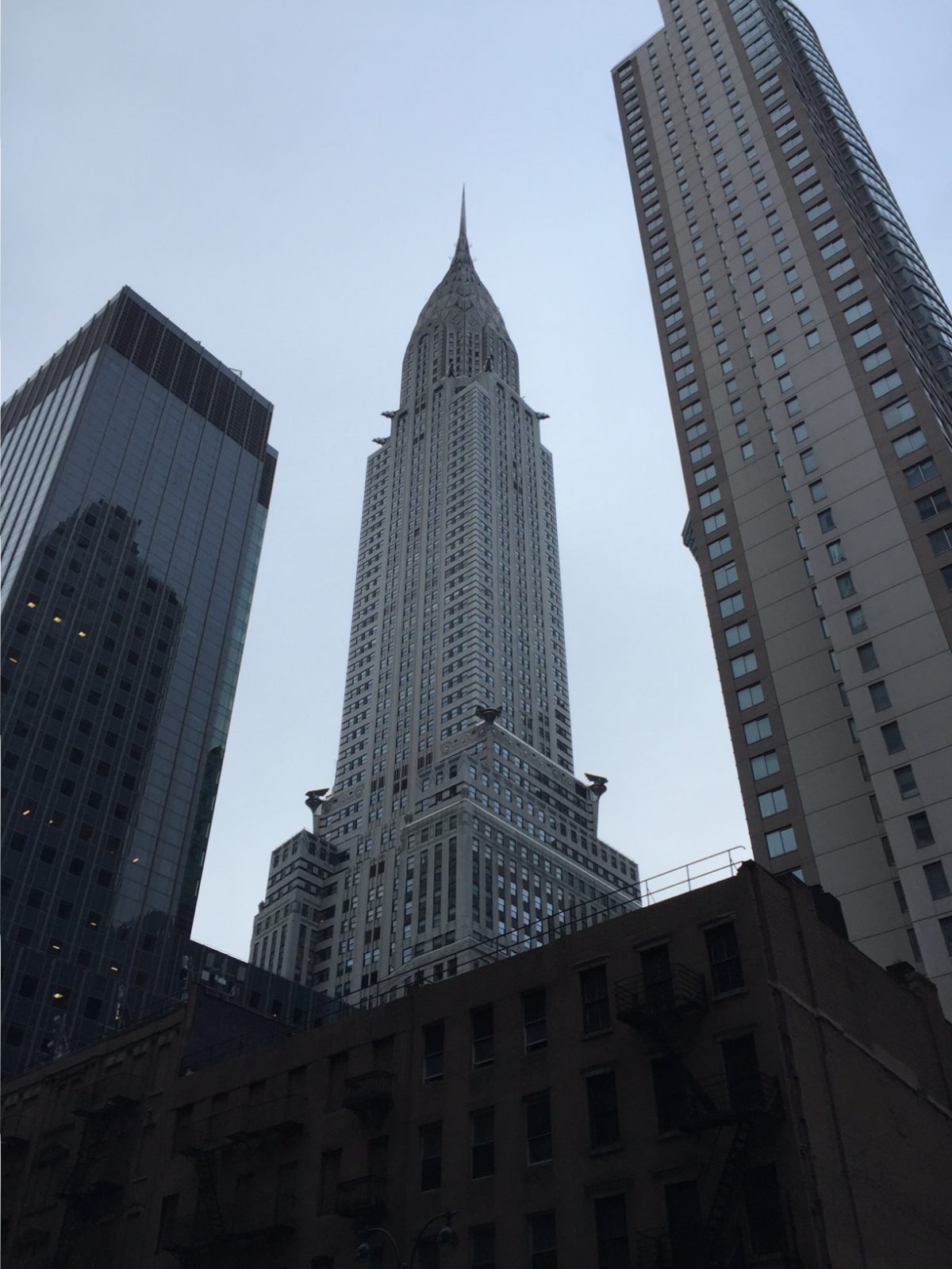 Built to be the headquarters of the Chrysler Corporation, the Chrysler Building is the world’s tallest brick building and the defining masterpiece of the Art Deco architecture style.  It has spawned numerous imitators—most notably One Liberty in Philadelphia.  Although it was the tallest in the world for less than one year, it is routinely voted among the favorites of New York natives and tourists.

The Chrysler Building stands at 1049 feet tall (coincidently the same as the New York Times Building).  The building, designed by architect William Van Alen, was commissioned at the behest of Walter P. Chrysler as his headquarters.  Notably, the tower was paid for in cash by Chrysler so his children, not his company, would own it (it has been sold numerous times since then).  Chrysler was obsessed with having the tallest building in the world.  When it was learned that 40 Wall Street was going to be taller (the old Bank of Manhattan headquarters, now owned by Donald Trump), Van Alen added a 125 foot spire that was secretly constructed inside the building and hoisted through the top.  In October of 1929, after a ninety minute procedure, the spire was secured in place. The building opened for business in 1930.  Although the building wears a metallic crown, the crown of the world’s tallest building title would travel a little further south to the corner of 5th Avenue and 34th Street to the Empire State Building in 1931.

Although not open to the public (the building did have an observation deck for a time), the Chrysler Building is known for its metallic crown and spire.  Decorating the building, there are several gargoyles on the outside of the structure that are designed to look like components of 1930s Chrysler and Plymouth autos.  The lobby of the building also has a rich mahogany wood Art Deco theme.  It is also rumored that a speakeasy operated at the top of the building for New York businessmen during Prohibition.

Although quickly displaced by the Empire State Building and losing the title of tallest in the world (and later its broadcasting aerials), the Chrysler Building holds a special, shiny place in the heart of many, and is seen on multiple Sights by Sam walking tours.