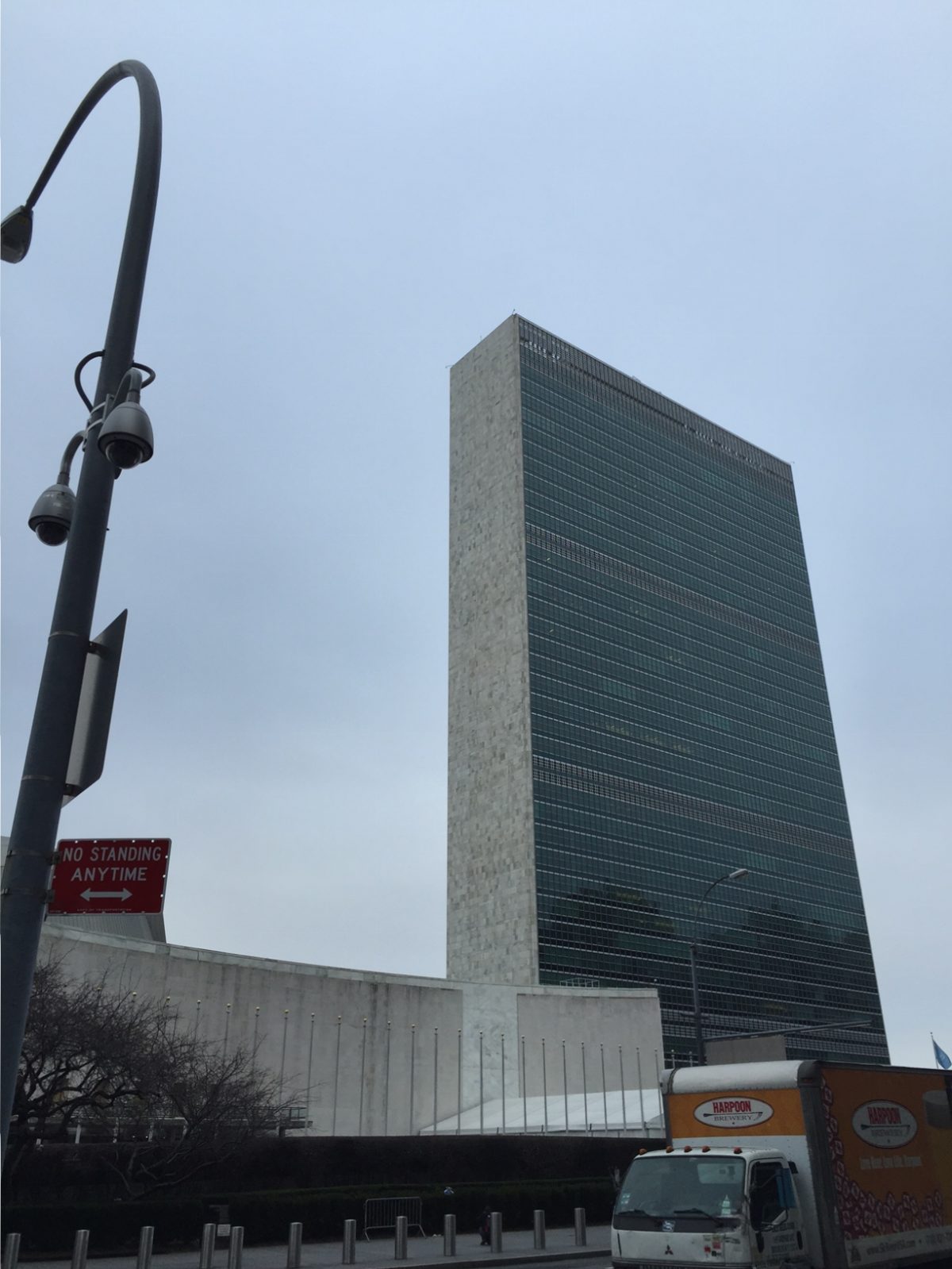 The location of the U.N. was not immediately decided after the founding of the organization in the wake of World War II.  Several sites were considered such as Lake Success, NY, Flushing Meadows-Corona Park, Philadelphia, the Black Hills of South Dakota, and San Francisco, among other locations.  The site of the U.N. was settled when the Rockefeller Family donated industrial lands they owned for the project.  After the location was decided, Architect Wallace Harrison was the leader in a project that would include several international architects, including several “starchitechts” of their day such as Oscar Niemeyer and Le Corbusier.  Construction started in 1948 and was completed in 1952, with several additions since then.  The predominating International Style is the architectural motif of choice for this project.  The main part of the complex is the Secretariat Building (509 feet tall), where the organization’s offices are located.  There are also buildings holding the U.N. General Assembly, the Conference Building (which houses the Security Council), and the Dag Hammarskjold Library.

If you have not done so before, it is recommended to tour the facility.  A U.N. employee will show the chambers of the General Assembly, Security Council, and other parts of the building.   Not surprisingly, the U.N. contains an incredible collection of art work in and around its complex—with works by Ferdinand Leger and Norman Rockwell among them.  For philatelists and stamp collectors, one of the highlights of the tour is the U.N.’s post office.  The post office stocks unique stamps and any letter sent from U.N. Headquarters has a unique postmark imprinted on it.  A related place on the U.N. grounds to check out is the Delegates Dining Room.  Although advance reservations must be made, the clientele are mostly diplomats and other workers in the U.N.

Owing to New York’s unofficial title as the world’s capital and its myriad of residents from every country, the U.N. Headquarters adds to this assertion.  Although the merits of the organization are hotly debated the world over, the very presence of the U.N. and the complex itself have become an easily identifiable and essential part of the city.  This is the type of information you will learn on a Sights by Sam tour.