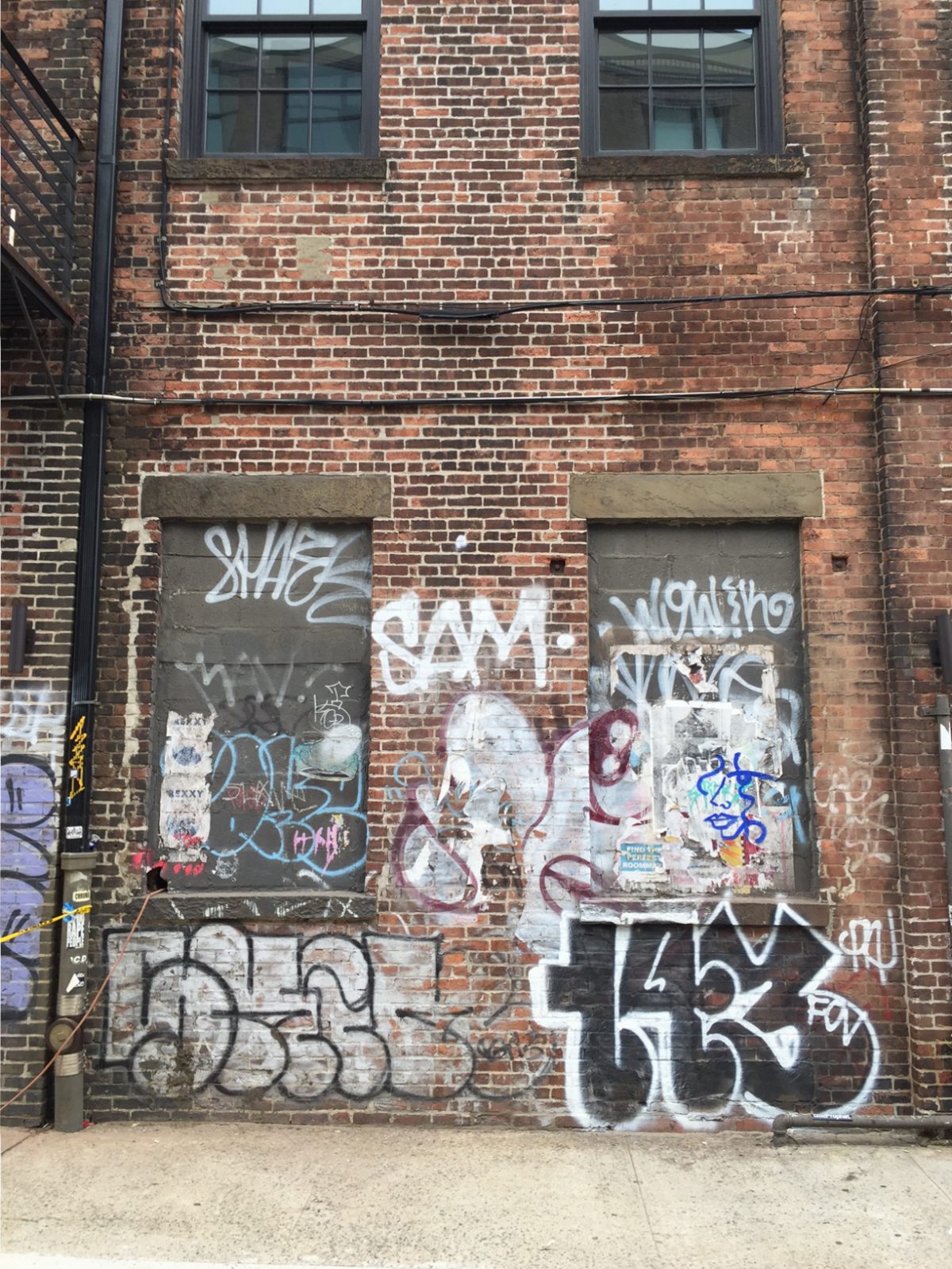 Graffiti and street art in New York is a controversial subject among many.  Graffiti is unsanctioned by a government or property owner.  Some graffiti is associated with gang and criminal culture, creating law and order issues.  While some see it as expressing their freedom of speech, others see it as willful vandalism of private (and sometimes public) property.  Before you pick up that spray can, unauthorized painting of a building or other piece of property is a violation of NYC law § 10-117, punishable by fines into the hundreds of dollars if caught..

Graffiti has existed since the days of ancient civilization.  It has often carried a political message, but also can be of a more personal nature, with taggers painting their name or a “tag” in a public area.  It is believed that Philadelphia was the birthplace of the modern graffiti movement  (which has led that city to have one of the largest graffiti abatement/public mural programs in the world).  The center of graffiti in the U.S. shifted to New York by the 1970s.  With declining municipal resources to go after graffiti artists and deferred maintenance, graffiti exploded all over the city and into every borough, especially in the Bronx, Upper Manhattan, and some neighborhoods such as the Lower East Side and Manhattan Chinatown.  Many graffiti painters worked alone, but some worked in groups called crews. It became a frequent source of pride to have a graffiti’ed piece somewhere high up (a water tower for example), on a landmark, or for a crew that could paint the most intricate piece in the shortest amount of time.

Perhaps the most endemic example of graffiti in the city were subways that were covered in paint by taggers and artists from the 1970s through the late 1980s.  As with other areas of the city, deferred maintenance and a lack of funds led to many subway trains becoming covered in graffiti—many trains were single pieces of art done by a crew.  While many of the artists thought that this allowed for their art to be seen throughout the city, others saw it as a visible symbol of the city’s decline and a growing sense of lawlessness (accompanied by a rise in crime in the subway system).  By the end of the 1980s, a concerted effort by the city government and the MTA led to all graffiti’ed cars being pulled from service, repainted a deep red (the classic “redbird” paint job that was harder for spray paint to adhere to), or put through a chemical wash in Coney Island (called the “orange crush” by graffiti artists).  While there is still graffiti in the city, it has not approached the nearly endemic levels that it once did.

In the contemporary era, many famous artists such as Keith Haring and Jean-Michel Basquiat originally painted graffiti murals before gaining fame.  The British artist Banksy is a continuation of this trend and painted several pieces on the streets of New York in October 2013 (many of which in turn were vandalized by local taggers).  Those looking for graffiti should head for areas such as the Lower East Side, Williamsburg and Bushwick, which are three of the more recognized sites in the city for graffiti and sanctioned street art—but graffiti can be found in all parts of the city today.  This is the type of information you will learn on a Sights by Sam tour, in addition to probably seeing some graffiti during your stay.