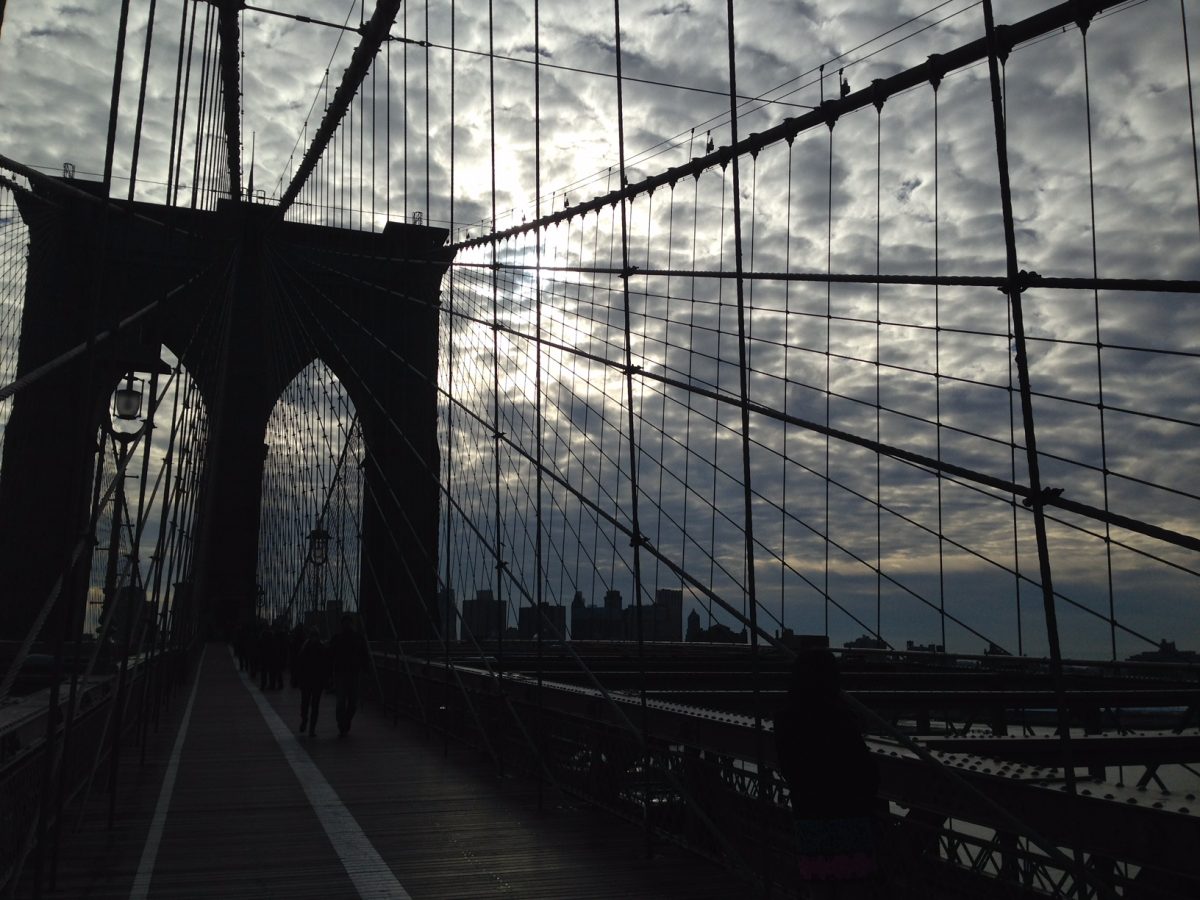 Bridges are a part of every city.  Even inland cities such as Atlanta, GA, or Phoenix, AZ, have highway bridges, train trestles, or flyovers.  With only the Bronx on the mainland of the U.S., New York is defined by its bridges.  Thousands of viaducts, trestles, and bridges exist all over the city.  Because New York enjoys making a statement, no bridge quite symbolizes the city like the Brooklyn Bridge, which connects the commercial center of Manhattan to Brooklyn, the most populous of the boroughs.

A bridge across the East River between the city of New York and the formerly independent city of Brooklyn had been postulated for decades.  Transportation between the two cities, since the colonial era, was dependent on ferries.  Although they got the job done, they were subject to Mother Nature in the form of storms and the river freezing.  It was on one of these frozen ferries one day, according to legend, that John Roebling, an engineer, felt that a more permanent solution was needed.  Roebling specialized in designing suspension bridges—where high strength metal wires suspended the roadway between two anchorages.  Roebling designed and built demonstration bridges throughout the U.S.  A dry run for a New York bridge was shown to be feasible when Roebling completed a suspension bridge over the Ohio River between Cincinnati, OH, and Covington, KY in 1867.

Construction on the Brooklyn Bridge began in 1869.  Roebling died of tetanus in 1869, leaving his son, Washington Roebling, in charge of the project.  Washington would sustain a massive injury due to “the bends”, caused by ascending too quickly from massive submerged caissons constructed to anchor the bridge into the bedrock.  Due to Washington’s injury, his wife Emily finished construction.  Although she was trained as an engineer, Emily forged Washington’s instructions as they were unsure if work crews would follow directions from a woman.  The bridge opened to much fanfare in 1883.  After a scare in which there was a stampede on the bridge, circus elephants were marched over the bridge to show it was built to last.  Over the years, it has been “sold” to gullible tourists and is argued to have helped to unify the boroughs.  The bridge is currently undergoing restoration to ensure it lasts into another century.

Today, the bridge form an important part of the city and any tourist’s itinerary.  When walking between the boroughs, please be sure not to stray into the bicycle lanes.  While you are in town, consider seeing more of New York with a Sights by Sam tour when you leave the bridge.