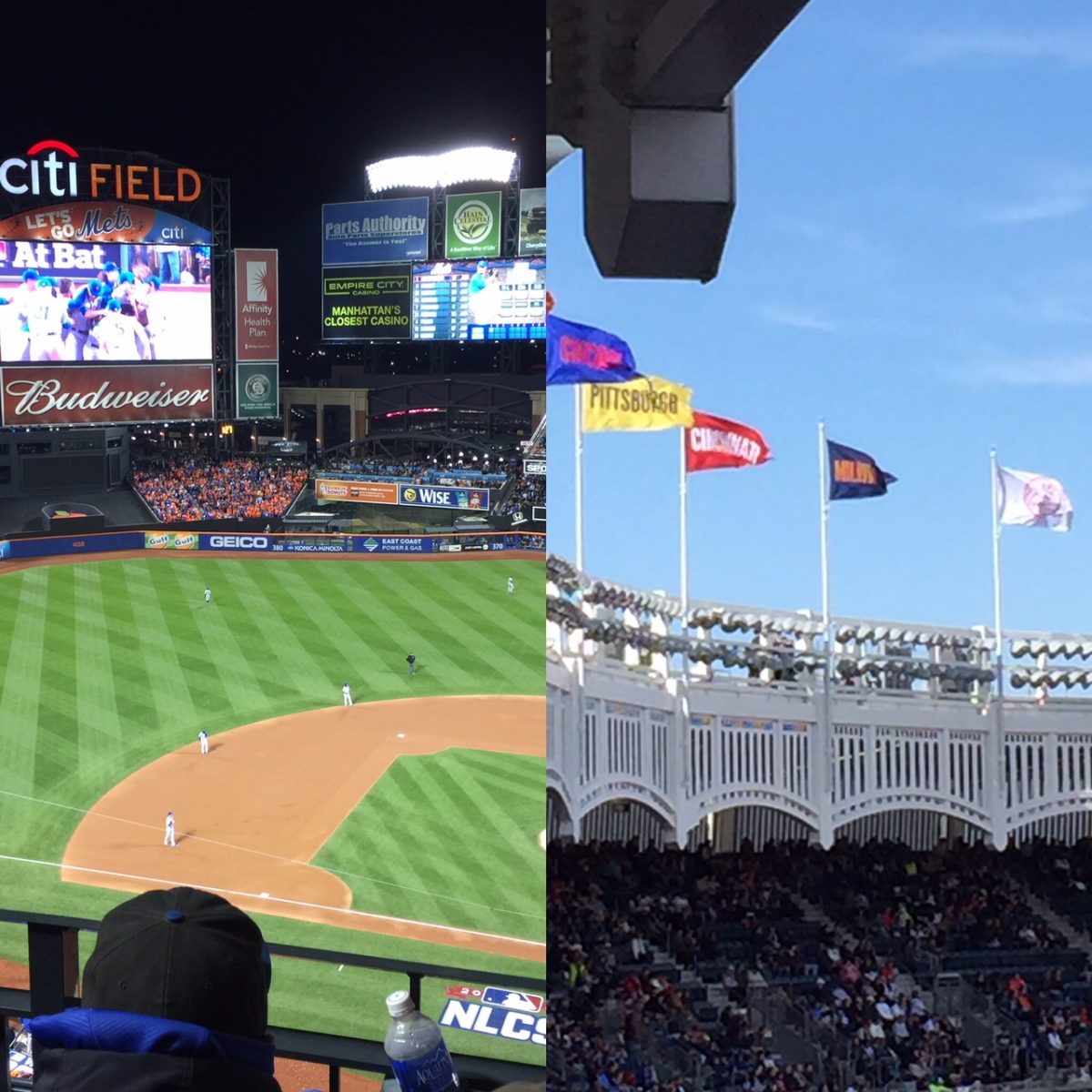 The American Pastime has always been well represented in New York City.  The game was invented by Alexander Cartwright in the 1840s.  Cartwright’s team, the New York Knickerbockers, were even believed to be the first team to wear uniforms.  Teams from the city have been represented in the National League (1876), the American League (1901), and the two attempted competitors to the Major Leagues—the Federal League in the 1910s and the Continental League in the 1960s.  Major League Baseball’s headquarters is located on Park Avenue in Midtown while the Hall of Fame is only a four-hour drive away in Cooperstown.

In terms of the two main major leagues, New York used to be a National League stronghold.  The city had two teams: the New York Giants (who played at the Polo Grounds in Washington Heights) and the Brooklyn Dodgers (who would be most remembered for playing at Ebbets Field in Flatbush, Brooklyn).  The Giants were one of the most dominant teams in the game early in its history, while the Dodgers were not so dominant in their early history, but came to personify the Borough of Brooklyn through their hard style of play, fiercely loyal fans, and the first team in the modern era to have African-American and Latino players.  Changing population patterns and market realities would lead the Giants to relocate to San Francisco and the Dodgers to Los Angeles in 1958.  The absence of a National League team would lead (after abortive attempts to bring the Cincinnati Reds, Pittsburgh Pirates, and Philadelphia Phillies to the city) to businessmen led by William Shea trying to form a third major league (the Continental League) to bring a second team to the city.  Major League Baseball, wanting to protect its hold on professional baseball, gave the city the New York Mets as an expansion team (you can see where Shea Stadium’s name came from now).  The Mets have often been the also-rans in their history, but have had several memorable seasons, including in 1969, 1986, and in 2015.   The Mets now play at the new Citi Field in Flushing, Queens. The Mets have an A-level minor league team in Brooklyn, the Cyclones, who play at a stadium in Coney Island, and a AA-level team in Binghampton.

The American League team of the city has been the New York Yankees.  Relocated from Baltimore in 1903 and originally called the Highlanders (because they played at Hilltop Park in Upper Manhattan), the team changed its name to the Yankees in 1913 when they moved to the Polo Grounds.  After nearly 10 years, the Yankees had outdrawn the Giants in their own stadium and were evicted.  The owners of the Yankees built Yankee Stadium in the Bronx, directly across the Harlem River from the Polo Grounds in the Bronx.  The Yankees were the team of Babe Ruth, one of the first superstars of the sport.  Through astute management and cultivation of talent (and what detractors would argue as underhanded tactics and buying out the best players from other teams), the Yankees have managed to build on a winning legacy, winning 27 World Series, 40 American League Pennants, and being in the postseason at least once in every decade since the 1920s.  The Yankees play at a new Yankee Stadium that was built across the street from the old park.  The Yankees have an A-level team, the Staten Island Yankees, that play near the Staten Island Ferry Terminal in the St. George neighborhood, as well as their AAA-level team near Scranton,PA, and their AA-level affiliate in Trenton, NJ.

New York has been host to several “Subway Series” World Series, most recently in 1999, but also throughout the 1950s.  Recent studies have shown that despite the increasing popularity of basketball and football, baseball still remains the most popular sport in the city (one of the few regions of the country where this is true).  Given that every borough except for Manhattan has a major or minor league team, the game remains very accessible to the general population.  This is the type of information you will learn on a Sights by Sam tour.