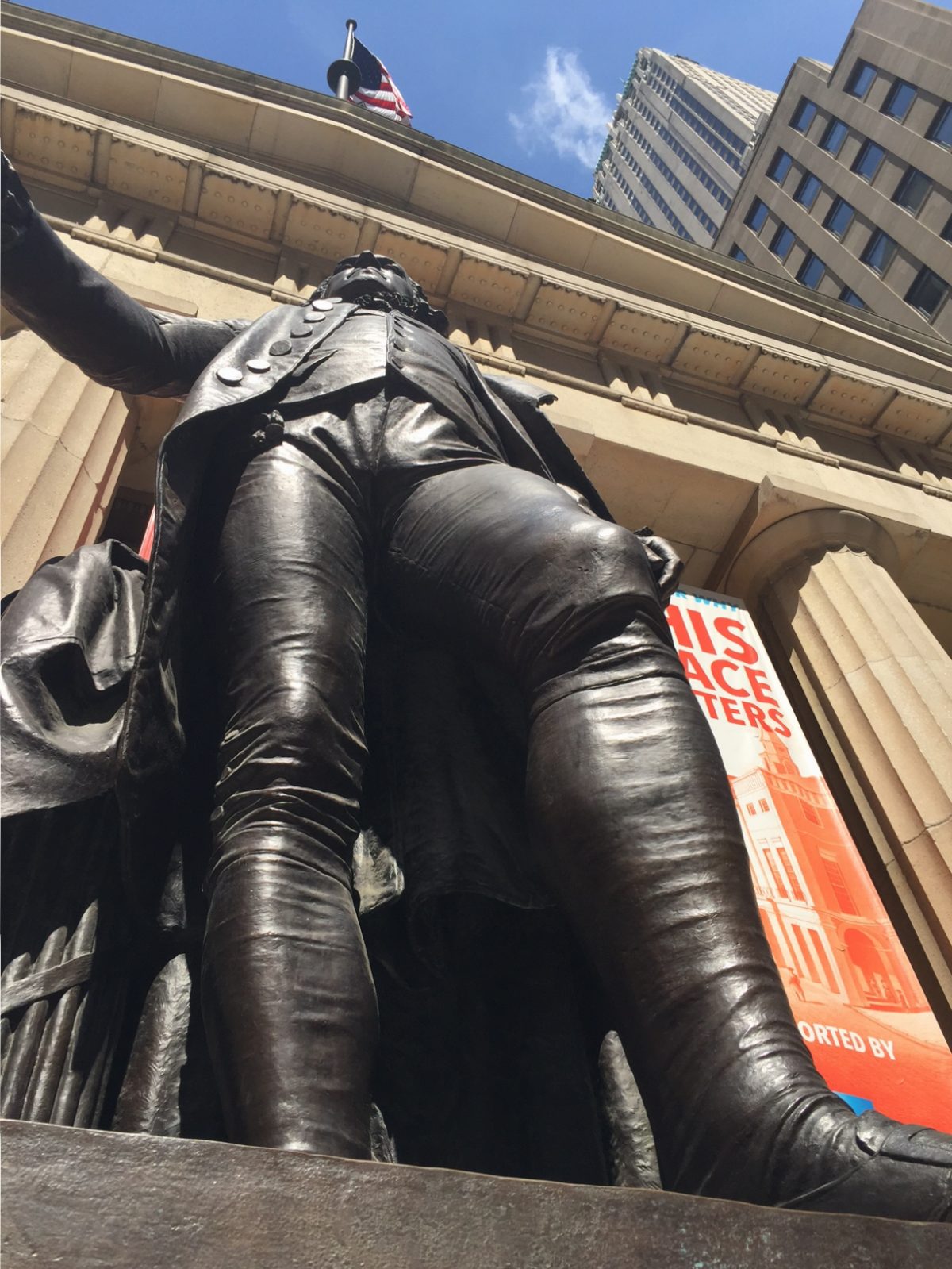 Ninety miles down the New Jersey Turnpike from New York lies Philadelphia, the former capital of the United States and the site of Independence Hall, where the Declaration of Independence and the Constitution were debated upon and agreed.  Many visitors to Philadelphia may not realize that the first government of the United States (after the American Revolution) was based out of New York City.  The seat of the government was Federal Hall.

Federal Hall stands at the confluence of Wall Street and Broad Street in Lower Manhattan, within very very easy walking distance of the New York Stock Exchange and the House of Morgan.  The structure that stands here now was built as a Custom House in 1842.  This building was designed by John Frazee in a neoclassical style.  It later became a subtreasury annex before being declared a National Historic Site in the 1930s.  Today, it contains exhibits about the National Park System in New York City and memorabilia associated with George Washington being inaugurated as president, including the Bible he used during the inauguration ceremony.

The original building for Federal Hall, however, was built in 1700 and served as the City Hall for New York.  It housed the council and the courts.  It was here that the Zenger trial of 1735 took place, which helped to establish the precedence of Freedom of the Press.  After the Revolutionary War, the Congress of the United States under the Articles of Confederation met here, where they voted to approve the Northwestern Ordinance of 1787—annexing several new territories west of the Appalachian Mountains into the U.S. to become states eventually.  When the Constitution was ratified, Congress met here for only one year in 1789, where they approved the Bill of Rights and the Judiciary Act.  When Congress moved to Philadelphia the next year (in preparation to move to Washington, D.C.), the building became the City Hall of New York again.  The original structure was demolished in 1812 when the current City Hall was completed.

While not as high in the minds of many visitors as Independence Hall, Federal Hall is a place of important historic pilgrimage as many of the rights that all Americans enjoy today were secured in this important building.  You can see the statue of President George Washington and the imposing facade of Federal Hall on a Sights by Sam “Foundation of New York” tour.