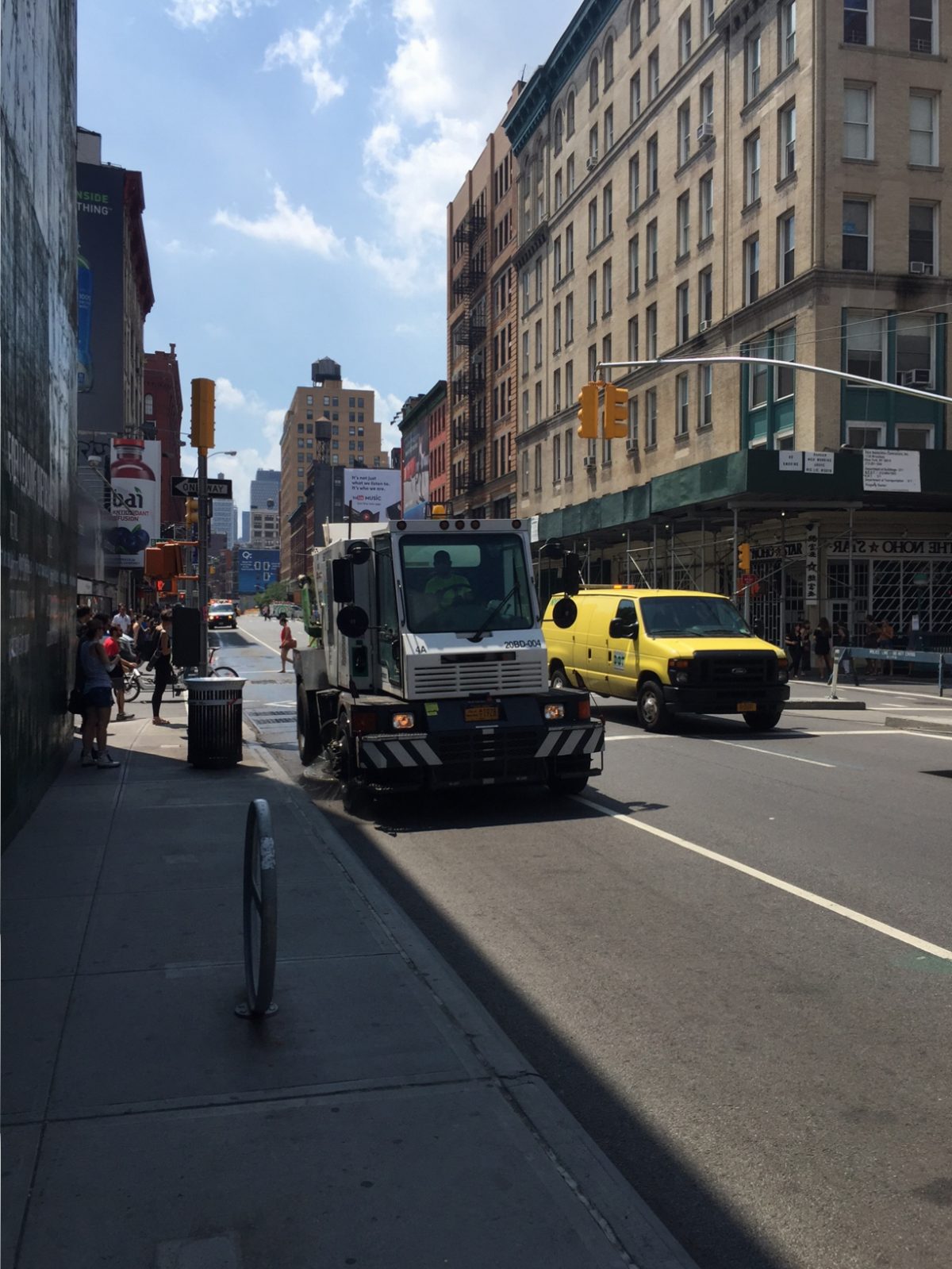 With over eight million people in New York, keeping the city clean is a herculean task.  Every day, 10,500 tons of trash and 1760 tons of recyclables are collected for disposal or reprocessing by the city.   An additional 13,000 tons is collected from businesses or commercial buildings by private waste haulers.  The refuse is mostly exported to Pennsylvania, West Virginia, and Virginia, among other states.  With garbage disposal becoming the single largest line-item expense on the municipal budget and legislators in destination states looking to tighten the importation of refuse into their states, the city is seeking to create no landfill waste by 2030.  The results of this initiative remain to be seen.

Like many large cities around the world, New York’s problem with waste has been a constant problem through its entire history.  In the colonial era, citizens allowed pigs to roam free on the streets to help keep refuse at bay.  This did not work well as disease epidemics were rampant during the colonial era as a result of uncollected refuse and unclean conditions.  While commercial and wealthier areas hired private companies to cart garbage away, most of the streets of the city were covered in assorted filth.  Citizens of the city had been resigned to this nasty circumstance as a fact of life—especially in poorer areas like the Lower East Side.  Unified garbage collection was started when the city formed a Department of Sanitation (DSNY, founded as the Department of Street Cleaning) in the 1880s.  In 1894, George Waring was appointed commissioner.  During his tenure, the city really cleaned up as the department was reorganized along military lines and the city given a good cleaning.

The DSNY works around the clock to keep the city clean with 2230 sanitation vehicles, 450 mechanical brooms used to sweep the streets, and 7,200 workers who keep the city clean.  A deposit law in New York State also encourages people to turn in recyclables (and led to an army of “canners” collecting discarded beverage containers all over the city).  Since no neighborhood wants to exclusively host trash facilities, DSNY garages and transfer stations are interspersed throughout the city, even in more upmarket areas such as the Upper East Side and Chelsea.  As mentioned earlier, there are no landfills in the city, although ones existed at Fresh Kills in Staten Island and Dead Horse Bay in Brooklyn (two of the more apt names for landfill locations, even though “kill” is Dutch for creek).  While you will probably only see a garbage truck or two or a sanitation team on a Sights by Sam  tour, it is important to remember where your waste goes while in the city.