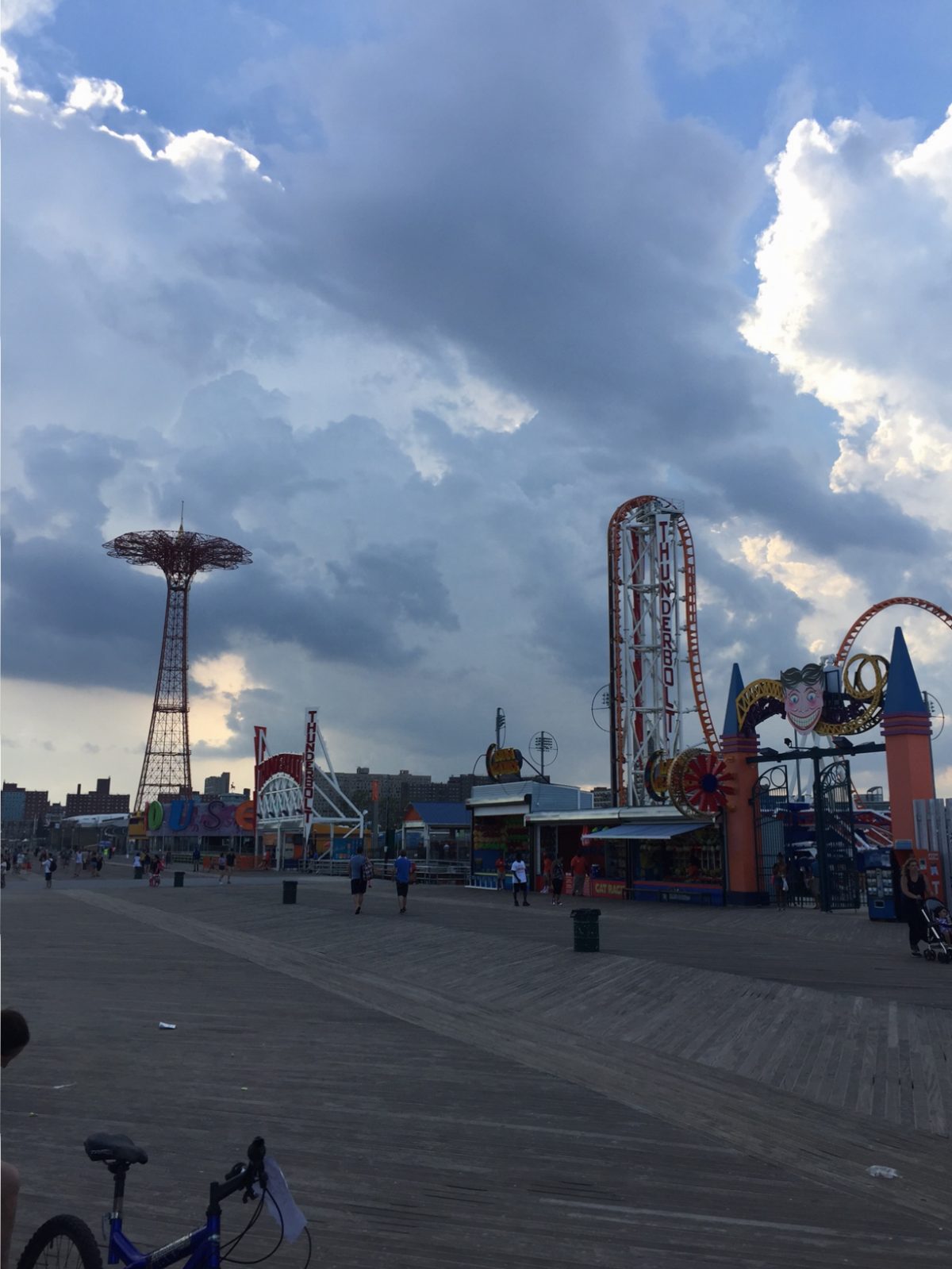 Synonymous with summer and sun worship, Coney Island in Brooklyn is an integral part of the culture and history of the city.  The area is actually no longer an island (due to public works projects after World War II), but it still feels like a getaway from the bustle of Manhattan.

The etymology of Coney Island is shrouded in historical uncertainty, but it is believed to be a corruption of the Dutch name, which translates into “island of rabbits.”  Resorts started appearing in the mid-1800s.  Efforts to preserve the area as wilderness in the 1800s failed as the area became saturated with hotels, restaurants, and other establishments near the beaches.  In the 1880s, amusement parks were established, with Luna Park, Astroland, and Steeplechase Park among the more recognizable.  Due to changing consumer patterns and people leaving New York City after World War II, the area fell into decline.  Amusement parks closed and there was a protracted battle to redevelop the area.  Other development efforts in the region have included a new baseball stadium (built), casinos, and proposals for new amusement parks.

While the amusement parks of the past have receded into history, there are still many attractions worth making a trip out for.  Coney Island has the closest beach to the city, making it very popular on summer days with nice weather.  If amusement attractions are more your thing, there are rides including bumper cars and merry-go-rounds.  Two of the most famous are Deno’s Wonder Wheel and the Cyclone rollercoaster (in service since the 1920s—and possibly the only landmarked rollercoaster in a major city).  Many bars and restaurants abound as well.  For those who like baseball, the New York Mets’ single-A level affiliate Brooklyn Cyclones play ball at a ballpark facing the Atlantic Ocean.  From the outfield of the park (and through most of Coney Island), the former Parachute Jump ride is visible.  This attraction first premiered at the 1939 World’s Fair.  Although it no longer offers rides, it is periodically lit up at night by thousands of LEDs and often displays psychedelic patterns.

Coney Island may no longer have rabbits, but it is a welcome trip on any hot summer day.  For the area at its best (and a real sight in New York), it may be worth seeing the Mermaid Day Parade in late June, where revelers dress up as sea creatures.  Consider taking a tour of Brooklyn with Sights by Sam.