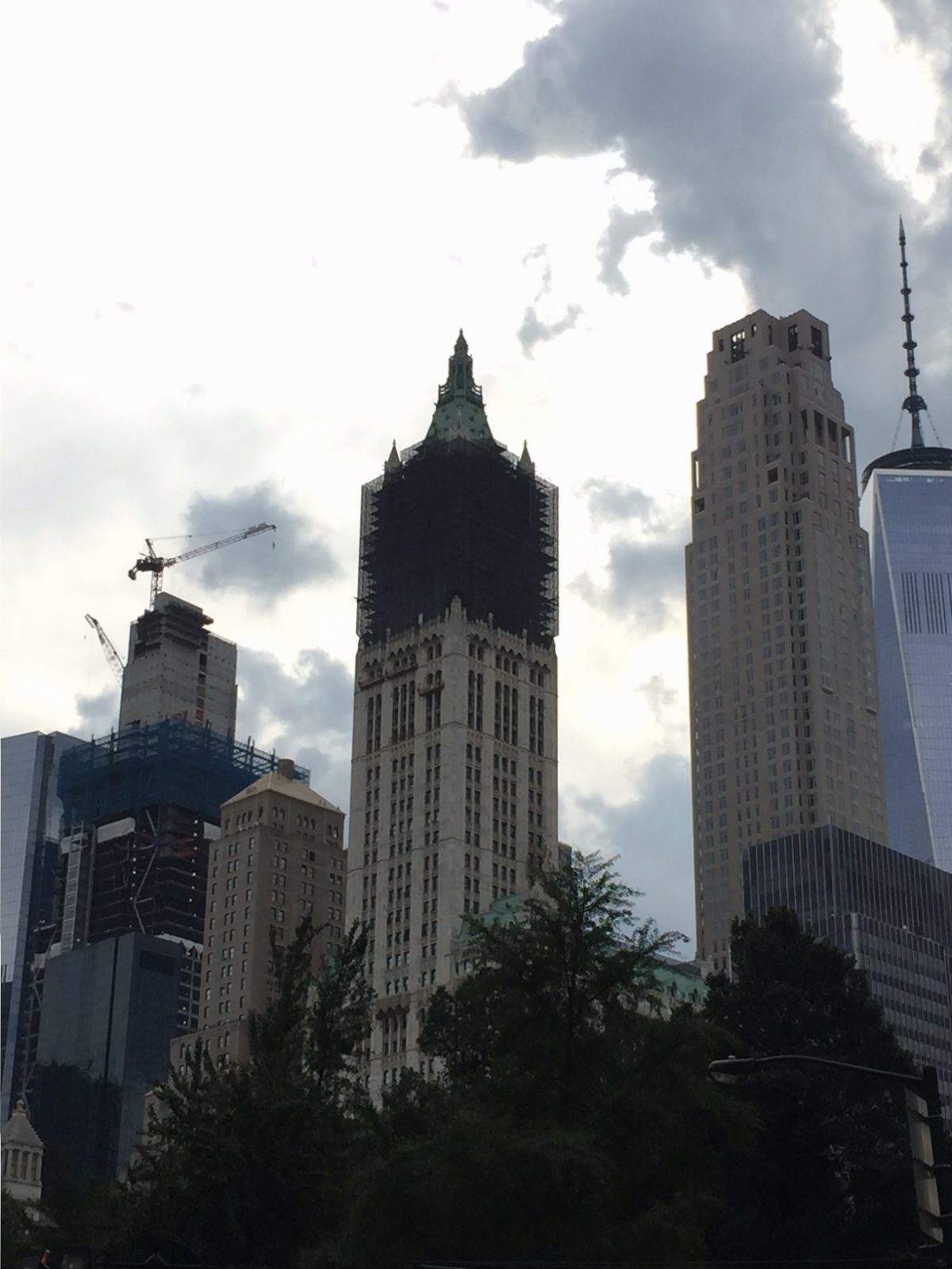 With its green top peaking through the skyscrapers of Lower Manhattan, the 792 foot-tall Woolworth Building stands out.  Between 1913 and 1930, it was the tallest building in New York and in the world.  Originally designed to honor the F.W. Woolworth Company, the building is now being converted into apartments.

Completed in 1913, the Woolworth Building was built to house the headquarters of the eponymous F.W. Woolworth Company.  It is rumored that Woolworth paid $13 million in cash for the building.  Woolworth hired noted architect Cass Gilbert (who would later design the U.S. Supreme Court in Washington) to design the edifice.  Gilbert used a neo-gothic style of architecture.  On its opening night, President Woodrow Wilson lit the lights from a specially-configured switch in the White House.  The lobby contains terra-cotta sculptures, including Woolworth and Gilbert.  Because it is an office building, the ornate lobby can only be accessed by workers and those on special tours.  An observation deck at this building has been closed for decades.

When first built, the building elicited a number of responses.  A well-known reverend dubbed the building “a cathedral of commerce” as an insult to what he felt was its ostentatiousness.  As it was his company’s headquarters, Woolworth took it as a compliment.  This building today never fails to elicit reactions from native and visitor alike.  It also helped to ensure Cass Gilbert as one of the first “starchitects” in American history.  This building can be seen on a Sights by Sam tour of Lower Manhattan.